Poached fruit, especially grapes, become delicately ambrosial when poached in a sweet, Cypriot wine called Commandaria.  They are perfect on puddings, with Greek yogurt or even in salads.

One of September’s grapes is called fraoula, which means strawberry. I do not know why it is called strawberry but I suppose it could be because of its colour or taste.     We usually don’t eat grapes except for the seedless sultana grapes but for some unknown reason when I saw them at the farmers’ market last week, I was tempted to buy them. They reminded me of a variety of grapes which only exists in Cyprus and are called “verikon”. It is said that during the British occupation of the island, when the Brits tasted these grapes they kept repeating “very good, very good” and that was paraphrased to “verikon”.

We all tried the grapes and although they tasted great, we hate taking out the pips one by one.  It must ran in the family because we all loathe the pips. As I realized that it would be wasted, I google searched recipes with grapes and I found  one which appealed to me.  It was with a salmon recipe with this sauce (the recipe will be posted tomorrow). 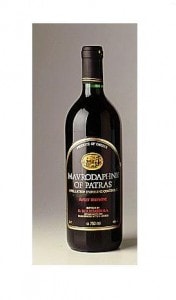 I removed all the pips from the grapes but followed a different approach to the original recipe. I used a shallow non-stick frying pan, where I heated one tablespoon olive oil and sauteed the spices first, to bring out their best qualities and then boiled the grapes and wine on high heat until it was reduced to half.

Mavrodaphne, meaning black laurel, is mainly produced in Peloponnese, in the regions of Achaia. This wine was first produced in 1861 by the Bavarian Clauss Gustav. Gustav used a local variety of grapes called mavrodaphne and now the winery is known as Achaia Clauss. 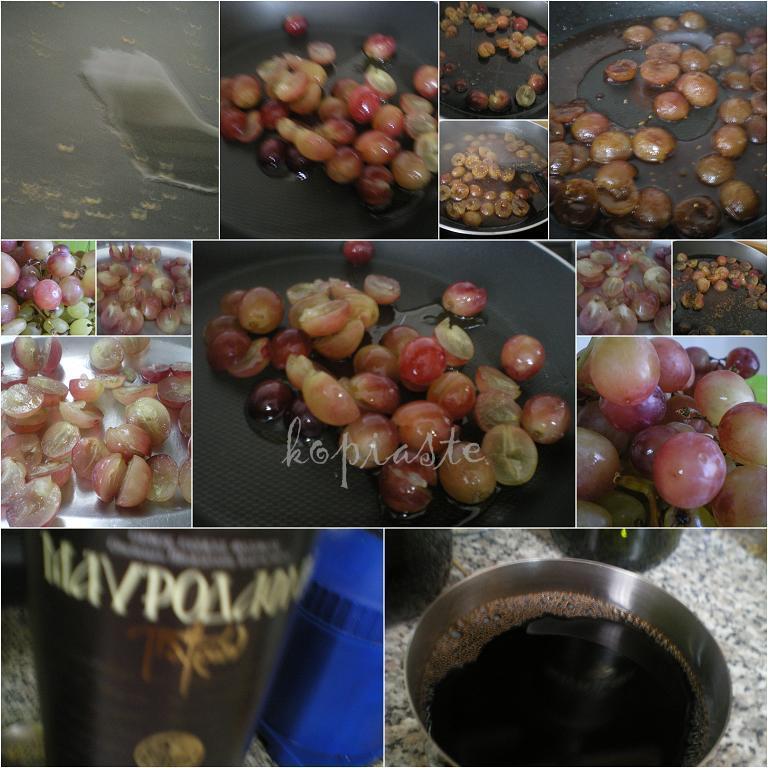 I cannot tell you how great the grapes tasted. Unfortunately I did not make a larger quantity as that was all the mavrodaphne I had at home but since then I have made it again and again and believe me if you try it you will be hooked.  It can be used to match savory recipes as well as desserts.

Since then, I have poached other fruit as well and depending of its use I have used different spices but always keeping the peppers, as I think they are the star of all spices.

Each time I shall be posting a new fruit, I shall be adding the recipe here and linking to this post. 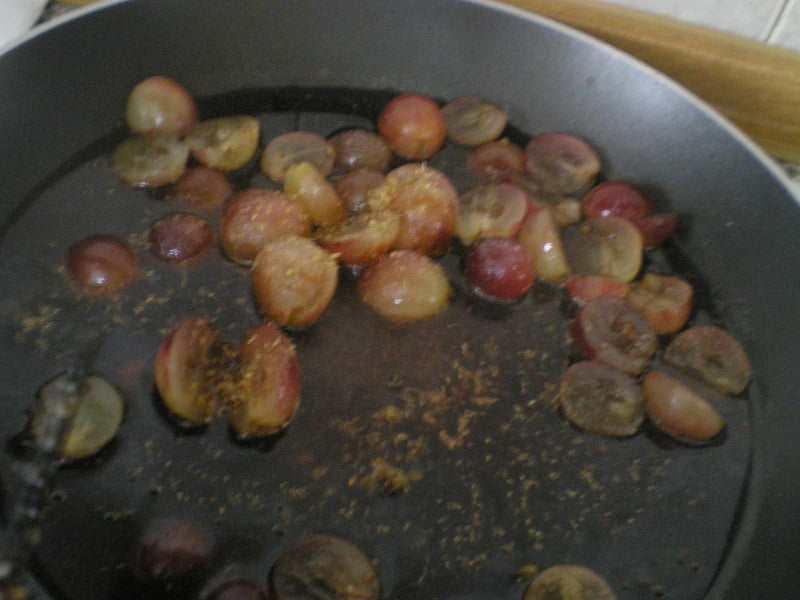 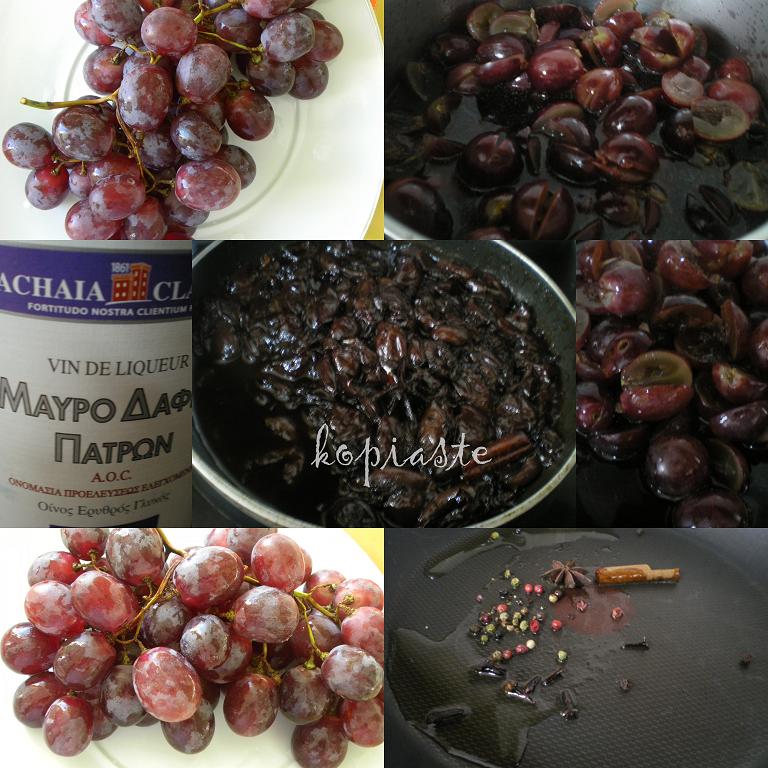 You will find the recipe in my cookbook “Mint, Cinnamon & Blossom Water, Flavours of Cyprus, Kopiaste!” 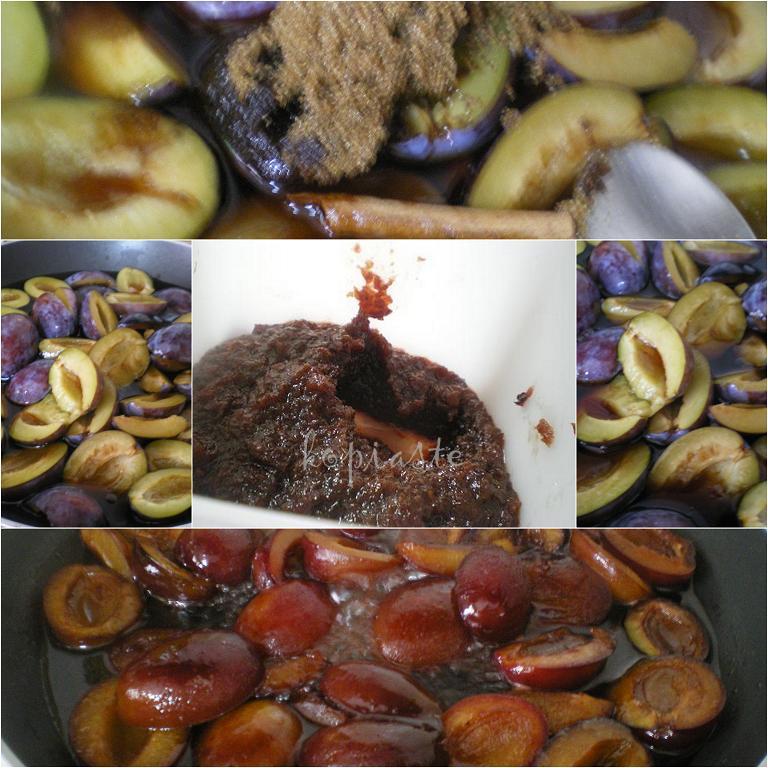 This is such a unique recipe, of all the fruits I have poached I have never done grapes, never even thought about it. The wine sounds wonderful & so does the spices!! We are getting tons of grapes here & we love the seedless black grapes. cute story about the "verikon" :-)

I love this idea of poached grapes & using dessert wine! Very unique and definitely sounds like a recipe to make again and again!

You have the best ideas - I bet this was wonderful! A great way to enjoy grapes!

Jenn AKA The Leftover Queen

I bet grapes poached in wine is awesome! What a great idea!

Sounds delicious! I love trying different types of grapes, and these must have been fantastic poached in wine.