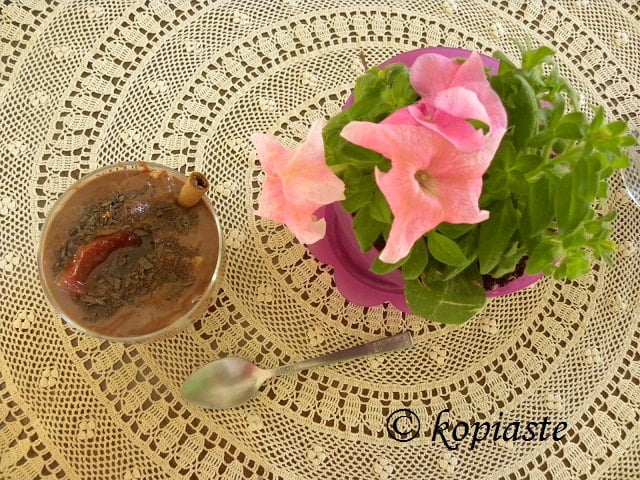 I am sorry it took me so long to post but there were some problems with my blog, which were finally resolved yesterday.  Rather late than never, here is the recipe I was planning to post during the weekend.

I hope I will make it up to you with this amazing recipe you may have not heard before.  Personally, although I have been blogging for over six years, I never heard the word “posset” before.  Apparently, it’s a very old recipe which is now being revived again.  All this happened, when  I was google searching for inspiration to make a dessert in order to use a can of leftover condensed milk.

One of the recipes I bumped into was this Lemon Posset.  Lemon is a must in every posset recipe because it is the chemical reaction of milk and lemon which makes the cream set.

As I said, I had never heard of this term before and since I like learning about new words, I google searched it further.  I found out that  “A posset (also spelled poshote, poshotte) was a British hot drink of milk, often spiced and flavoured with wine or ale, which was popular from medieval times to the 19th century.” In the Middle Ages, it was a drink used as a cold and flu remedy.  The word “posset” is mostly used nowadays for a related dessert similar to syllabub (that’s new to me as well), which is curdled by the addition of wine, cider, or other acid, and often sweetened and flavoured and resembles like mousse. 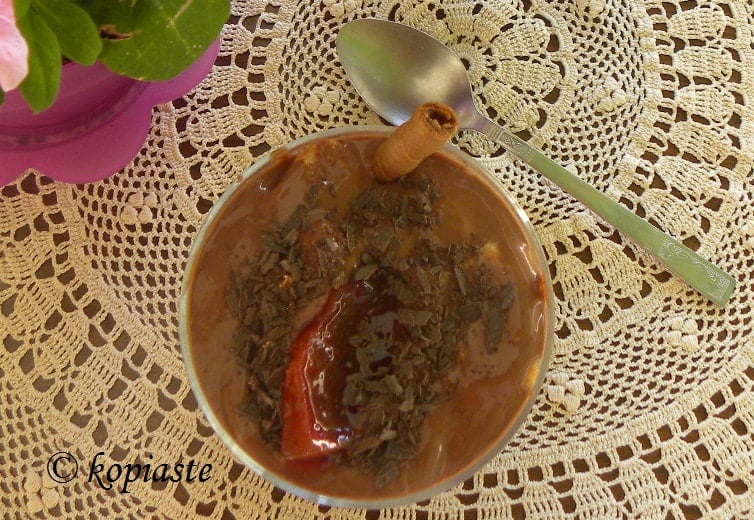 The above recipe had heavy cream and since I was too tired to go out and buy some, I decided to use the low-fat cream I already had at home.  However, I was skeptical if the dessert would eventually set properly.  Various alternative scenarios passed from my mind, from adding butter to the cream and chocolate mixture or adding egg yolks or even gelatin to set the cream.  I have curdled milk in the past when making “halloumi and anari” and “Indian paneer” so I decided to risk it, and I was really curious to see if it would set by just using light cream.

I decided to take the risk and go for it.  I know that you can’t make anything new and amazing if you don’t take some risks.  I’ve had my share of failures while experimenting but that is the most exciting part of cooking, at least for me.  Fortunately, the lemon juice did its trick again.  You cannot imagine how amazing it was to see the cream thicken before my eyes, as it began to cool.

I decided to improvise further and make something unique, using Savoyard biscuits I had at home.   I wet them in a Strawberry Liqueur I had made some years back, which gave an amazing flavour which matched with the chocolate.  Don’t get discouraged if you don’t have this particular liqueur. You can use cointreau, limoncello, cherry liqueur etc. which also match well with chocolate and lemon.  The decoration on top is optional.  If the dessert was made in Spring, I would probably have used fresh strawberries but I wanted something red on top and quince is seasonal and you know how much I love using it.

Initially, I was planning to put layers of Savoyard biscuits in a Pyrex dish, alternating it with cream and more biscuits on top but when I finished the cream,  I was still afraid it might not set properly, so  I decided to make the dessert in bowls. By the time I had everything ready and was pouring the cream in the bowls, it had already started setting. 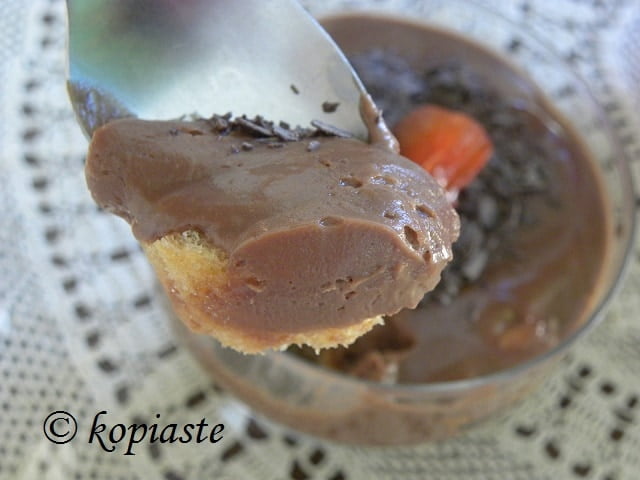 This scrumptious dessert was luscious and amazed everyone of us:  its sweet, sour, salty and bitter ingredients, all well combined together formed an amazing combination of flavour.   I heard lots of mmmms and other exclamations of delight from my family, who love desserts on the sweet side.  Personally, I don’t like desserts to be overly sweet but the combination I made was out of the world amazing and although sweet, I kept wanting more!  I will surely be making this cream again as the possiblities of using it in other desserts are endless and already can vision some twists to it. 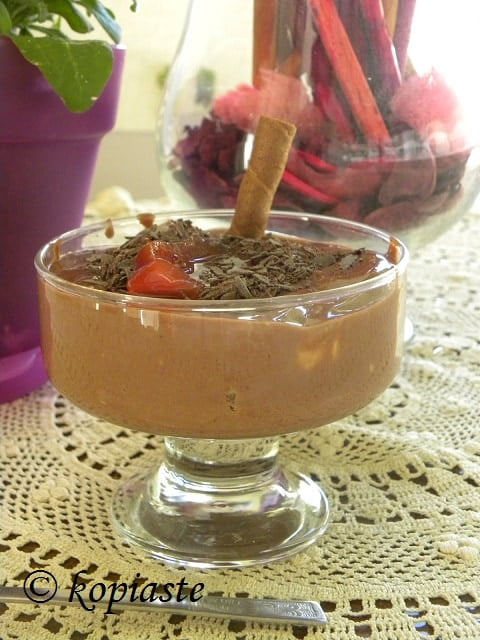 wow does that look good! And I have started replacing heavy cream with light cream and even milk in many recipes because I prefer a lighter dessert texture-wise. Yours is perfect! I have never made a posset and love the layer of biscuits. Bookmarked this one... we love cream desserts like this!

Amazing... Sounds so interesting. And lemon touch will enhance the flavor of this dessert. And pictures are looking tempting. Thanks for the share.

I loved learning about possets. Thanks for sharing! The texture looks lovely.

Wow - that looks & sounds AMAZING! I'm afraid that I don't have enough self-control to make such a thing and not eat the ENTIRE thing by myself! (one of the many reasons I'm Vegan - no self control otherwise ; )

Elegant dessert, cant take my eyes from ur clicks