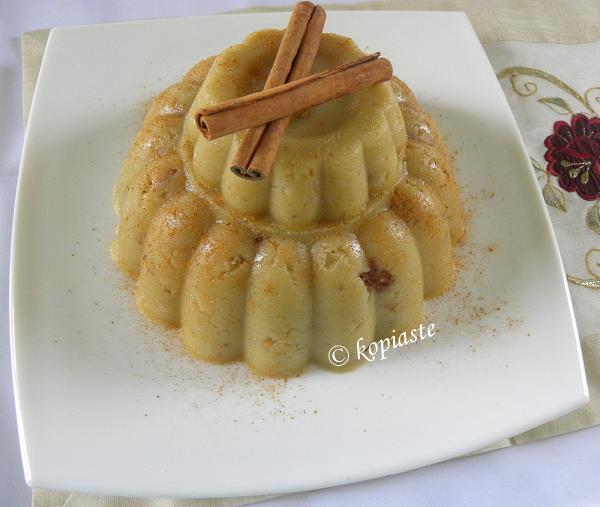 Halvas – Χαλβάς (plural Halvades) is one of our favourite desserts during Lent but although I do like the classic recipe, over the years  I have made so many new flavours, that I don’t want to go back to the classic one. 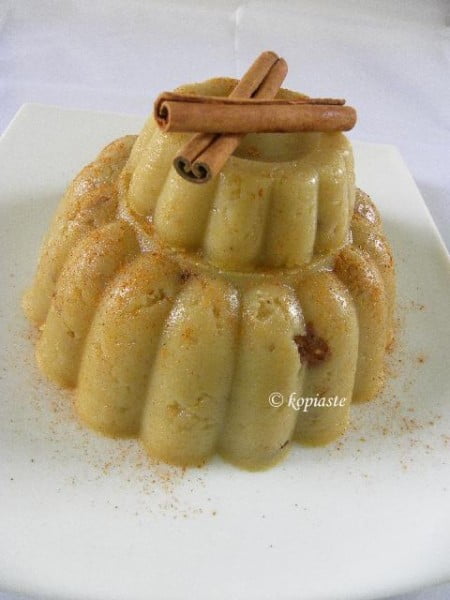 This time I made a honey syrup, flavoured with lemon, cinnamon and cloves and added two very ripe bananas  which mashed during stirring and gave their wonderful taste to the halvas.  I then mixed in some coarsley chopped roasted almonds.

The taste was amazing.  I don’t know if it was due to the honey or to the bananas but this combination of both was wonderful and we couldn’t stop eating it. 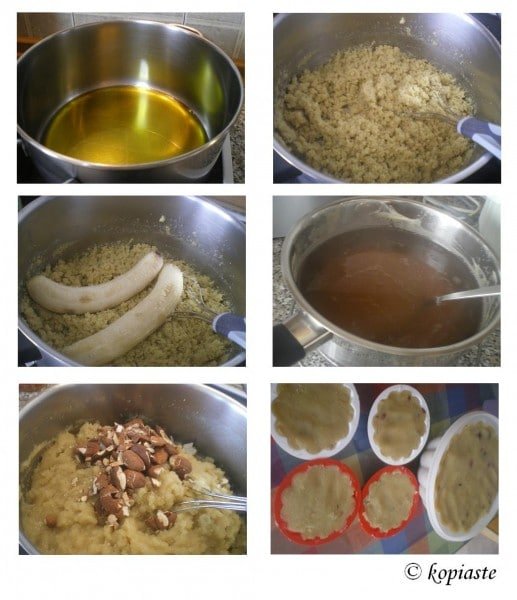 In a sauce pan prepare the syrup by adding the water, sugar, honey, lemon peels, a few cloves and a cinnamon stick. Bring to a boil and simmer for five minutes.  Skim when foam forms on top.  Set aside removing the cinnamon stick, the cloves and the lemon peel.

In another large sauce pan, heat the olive oil and add the semolina and stir constantly for a few minutes to roast.   Add bananas, cinnamon and cloves and keep mixing, pressing the bananas to puree.  When it starts browning, remove from the heat and add syrup but be careful to stir constantly as this may overflow. Once the mixture has settled put it back on low heat and mix until it sets.  Add the roasted almonds and mix.

Place in a mold and/or in smaller molds and let it cool down before placing in the refrigerator.

Unmold in a platter and serve with a sprinkle of cinnamon on top. 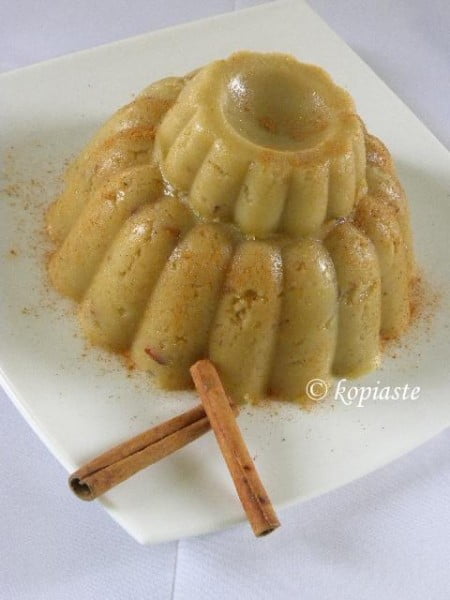 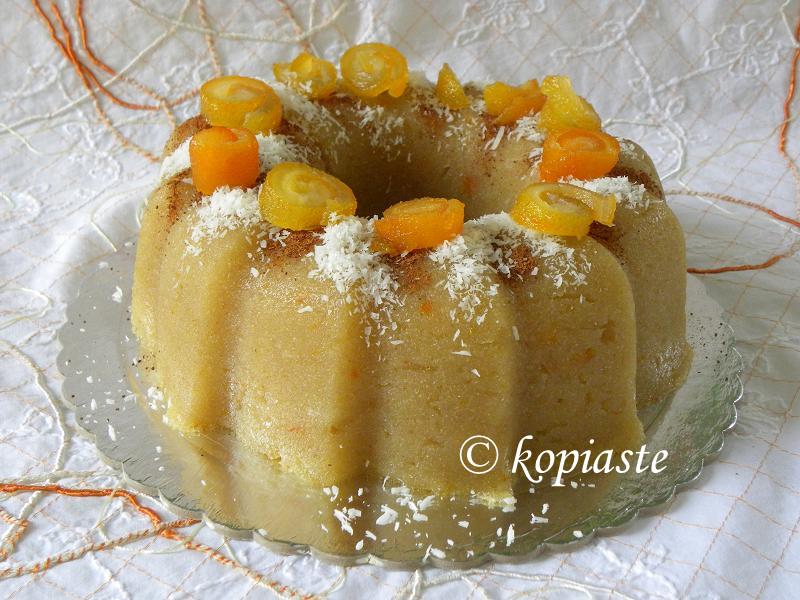 Recipes using honey are so very versatile you can use them to satisfy that sweet tooth or turn your dinner into something so delicious they’ll be asking for second helpings. Best stock up on the honey then!

Gee whiz, you know, I have never eaten Halva much less made it. Looks so delicious, a bit like a French pudding made from semoule/couscous grains. I am so intrigued now!

This dessert is so interesting with semolina...from the list of ingredients is sure sounds very flavorful. Like the syrup as well. Thanks for this recipe and hope you are having a great week Ivy :)

The combo of flavors sounds incredibly good together Ivy! This is a masterpiece!

ooh, I definitely would like a piece of that. I've never seen that dessert but just reading the recipe I know I would like it. I'm pinning the last photo for everyone to see!