Loukoumia tou Gamou, are the Cypriot Wedding Cakes, offered in Cyprus at weddings, instead of bombonieres (favours), which are offered in Greece.

After the church ceremony the couple and the parents of the bride and groom line up for congratulations and one of these wedding cakes are offered to the guests, neatly folded in cellophane paper. 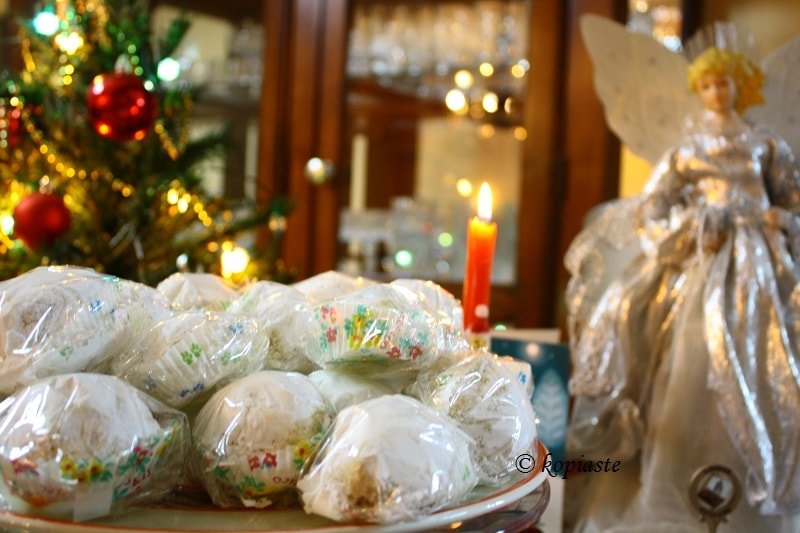 In Cyprus weddings are huge and a thousand guests is quite a usual number, some may reach two, three or even more thousands of guests.  Everyone is invited at the church ceremony and depending on the families’ financial status, there will be either a reception at a hotel, usually by the swimming pool, or if the couple can’t afford such a reception they will have a party at a restaurant for close relatives and friends. 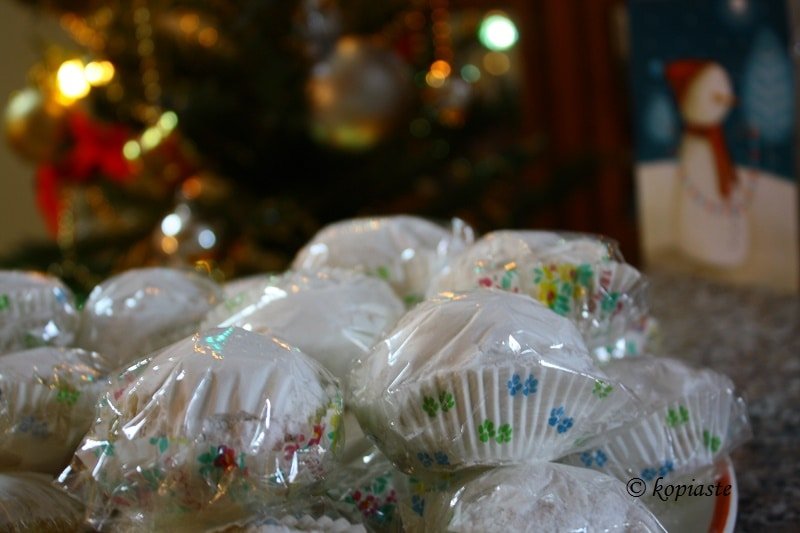 I remember back in the seventies, it was common to have wedding receptions at home and all the catering was, of course, done at home.  During the week before the wedding, lots of preparations were made, and it goes without saying that all relatives and close friends, were there to help.

You may be wondering how could they do this at home with all those guests? This type of wedding parties was quite common and usually there would be lots of space in the yard or a plot of land next door which was not yet built but even when this was not also possible, the party would take place in the road and no one would complain, as they knew that they would do the same one day.  They would rent tables and chairs, even cutlery and hire musicians to play modern or folklore music and the party started in the evening and ended around midnight. 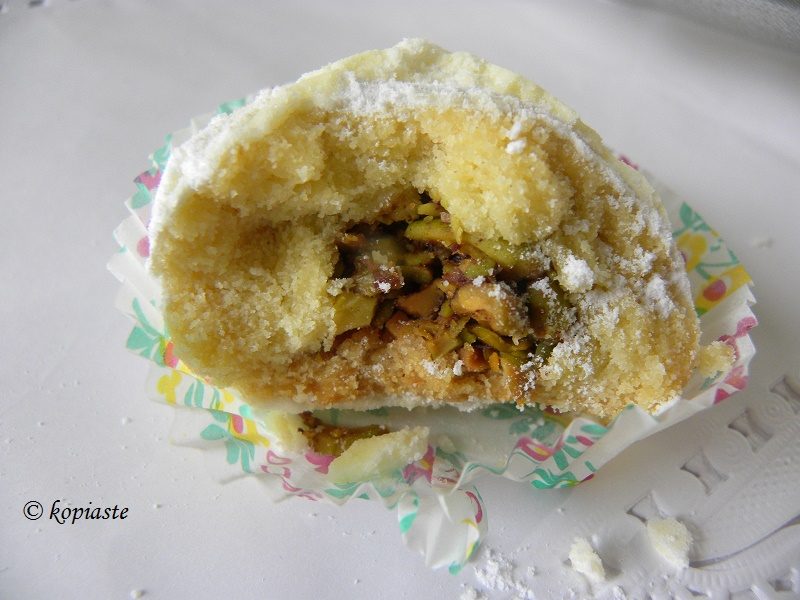 Traditional Loukoumia are similar to kourabiedes, which is a sort of cookie made with local ewes’ milk butter but instead of flour they are made with fine semolina and a small amount of flour.  They are filled with almonds, (which is a local product), sugar and cinnamon and when they are baked, they are washed with citrus or rose blossom water and then covered with icing sugar. The sugar absorbs the moist from the scented water and creates a hard sugar crust outside but at the same time it is flavoured by the rose or citrus water and the butter.

As I have said many times, Cypriot cuisine was and still is influenced by its neighbouring Middle Eastern countries and at a certain point pistachios were imported from Syria.   In Cyprus pistachios were mainly imported from Aleppo (in Syria), known in antiquity as Khalpe or Beroea or Veroia to the Greeks and are known on the island as halepiana, which means coming from Aleppo.   Although pistachios are very expensive, compared to almonds they have prevailed and are mostly preferred.  Some confectioners even use pistachio butter or oil to make them but even yet they do not compare to homemade loukoumia.

I remember my cousin’s wedding when I was a little girl, as I was there helping to crush the almonds and do all sorts of chores.  A lady, named Katerina, who happened to be the mother of a schoolmate of mine, was hired to be in charge of making loukoumia, as she was famous for her skills to make the best loukoumia in Limassol.

Unlike pasticcia, which was difficult to find a recipe, eventually two of my readers e-mailed me with instructions how to make them and I thank them very much.  I will surely make them sometime after the holidays.  There is no recipe for loukoumia on the internet but as I said these were made at home, so fortunately my sisters knew how to make them.

I made some for Christmas, much smaller than the wedding cakes.  It may sound unusual to make these for Christmas as we have associated them with weddings but beside that fact, I believe they are perfect for Christmas and I must say that mine turned out great much better than any I have eaten the past years when going to Cyprus.   I made half of them with almonds, in the traditional way and half of them with pistachios.   I even wrapped them in cellophane and these can now last for a few weeks (not that they will last that long).

The recipe is included in my cookbook Mint, Cinnamon & Blossom Water, Flavours of Cyprus, Kopiaste as well as in volume 2 of  my e-cookbook.

Finally, I would like to wish all of you a Merry Christmas and Happy Holidays and announce the winner of the giveaway, who has been randomly selected from Random.Org.

If you are still curious to find out about the secrets mentioned in my post for melomacarona, I have updated the post.

Thank you all for participating.The winner is number 35 – Giota from the Greek blog.  Congratulations Giota and please communicate with me sending me your address so that I may mail the gift to you. 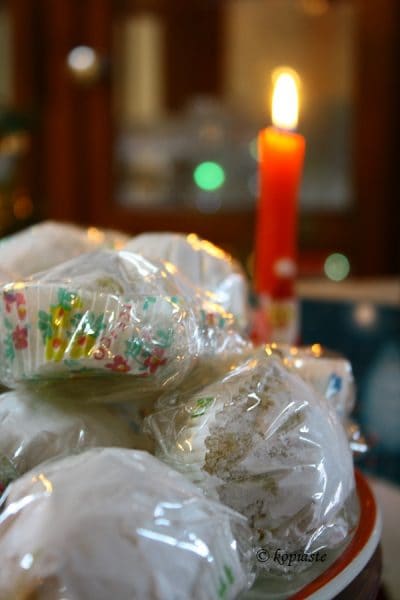 Those desserts look so delicious. It's always great when traditional foods especially desserts are served at weddings. It makes the wedding a whole lot more pleasant and fun since everyone is having a great time on a full stomach.

Really awesome cakes. Indian style of making them is quite different. We used to make pure veg Cake i.e. without Egg.

Your loukoumia looks good. I have been finding for a recipe for Cypriot loukoumia as I just got married and wanted to make some for friends and family for party. I would really appreciate it if you could send me your recipe. Thanks you.

Thank you for contacting me. Since the recipe is included in my cookbook, I cannot distribute it for free. You can buy either buy a pdf (which is only worth 6 Euros) directly from me or an e-book from Amazon. http://www.kopiaste.org/cookbooks/

I've never heard that there are such wedding tradition like this. Anyway this tradition is unique and at the same time, I like the wedding venue.