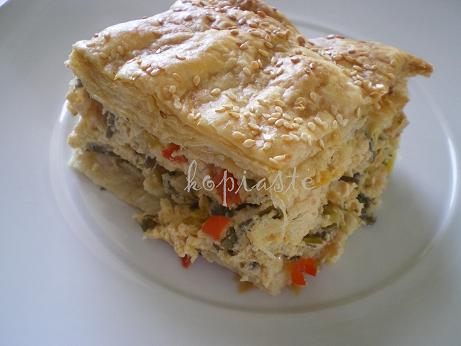 Although making pies is not considered to be an easy job, pies are considered easy to eat and this bell pepper pie is both really easy to make and to eat.

Bell Peppers, also known as sweet peppers are native to Mexico and their seeds were carried to Spain during the 15th century and from there spread to other European and Asian countries.  They are named bell peppers for their bell-like shape.  They have a mild, sweet flavour and are so beautiful in many dishes because they are so colourful. 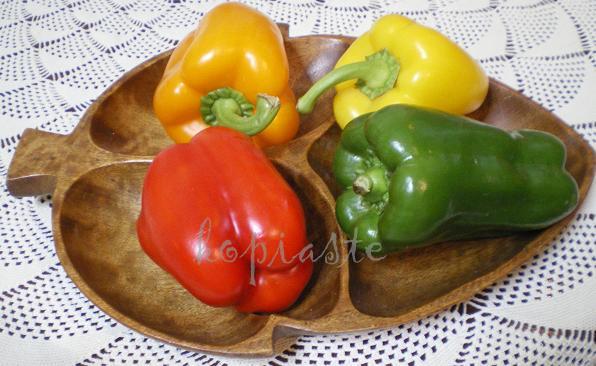 In this pie I have used three different cheeses but if you can’t find any of these cheeses, feta is also perfect in this pie.  I used fresh oregano and thyme from my pots but you can use dried and if you don’t have chives you can substitute it with a leek. 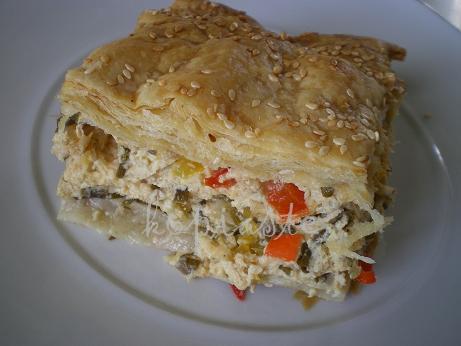 I am sending this recipe to Priya, of Priya’s Easy and Tasty who is hosting the event AFAM: Bell Peppers. 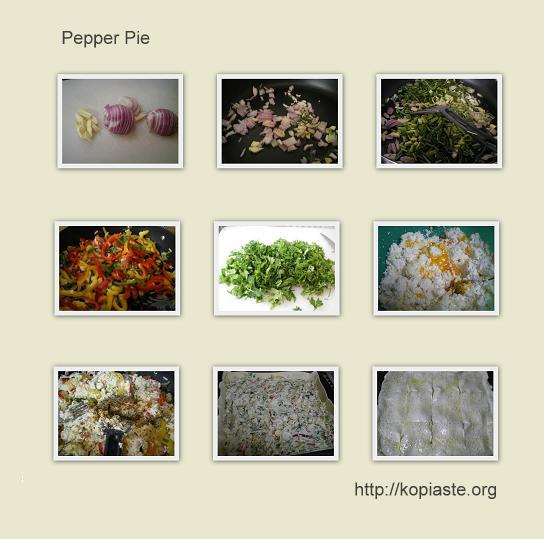 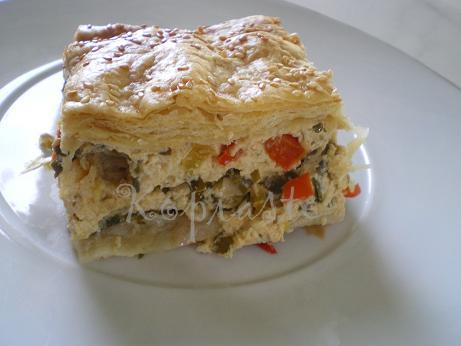 I am also sending this recipe to Konstantina, of Ehei Gousto, for her event Red Hot Chili Peppers, as any kinds of peppers and colours are acceptable.  Konstantina, who is Greek, has a beautiful blog with lovely recipes and is blogging in Italian and Greek although she lives in Germany.  So what are you waiting, go and check her out.

This looks delicious Ivy. I love your photo of the capsicums – it’s gorgeous. i must try it.:)

This turned out wonderfully and I like your Cypriot touch with the Halloumi.

That does sound easy and delicious! The combination of cheeses sounds great too.

Ivy I also love bell peppers and this pie really seems to be quite easy.

I love bell peppers, so this pie should taste yummy! :)