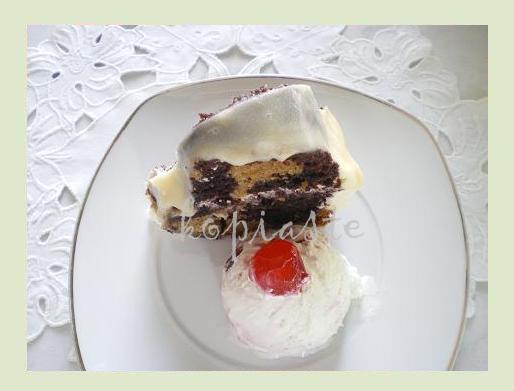 This recipe started when I had a very ripe banana to use.  At first I thought to make some cupcakes and noticed that I did not have any eggs at home so I remembered my vegan cupcakes I made during Lent but still since I did not have some of the other ingredients as well,  I decided to improvise with what I had.

The preparation of this cake is so easy that you can make it in five minutes.  You prepare the batter by just mixing the ingredients and then you divide it to add cocoa in half and ginger in the other.  The addition of ginger was added by mistake.  I was planning to add orange rind which I usually grate and keep it in ice cubes in the deep freezer.  However, a few months ago I also froze some grated ginger which I totally forgot, so instead of taking out some orange rind it turned out to be ginger.  The flavour of ginger and chocolate paired well together adding a mild spiciness to the cake.   The frosting and filling should be made as soon as you put the cake in the oven as it needs some time to cool before using.  The filling was too much so I partly covered the sides of the cake up to the middle.  When the glaze was ready I poured it on top and left it slide towards all directions.

The cake was delicious.  The glaze reminded me of dulce de leche and the only thing I would change when making it again would be the glaze as it was too sweet for my taste.  Although I have a sweet tooth, I don’t like my desserts to be too sweet but I am sure that my children will protest next time if I make it less sweet as they liked it very much.

This recipe goes to Srivali, of Cooking 4 all Seasons, for her event Mithai Mela where you can submit anything sweet. 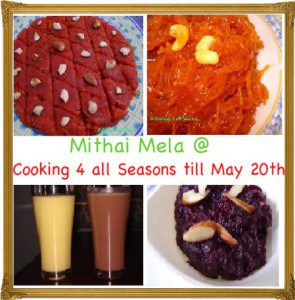 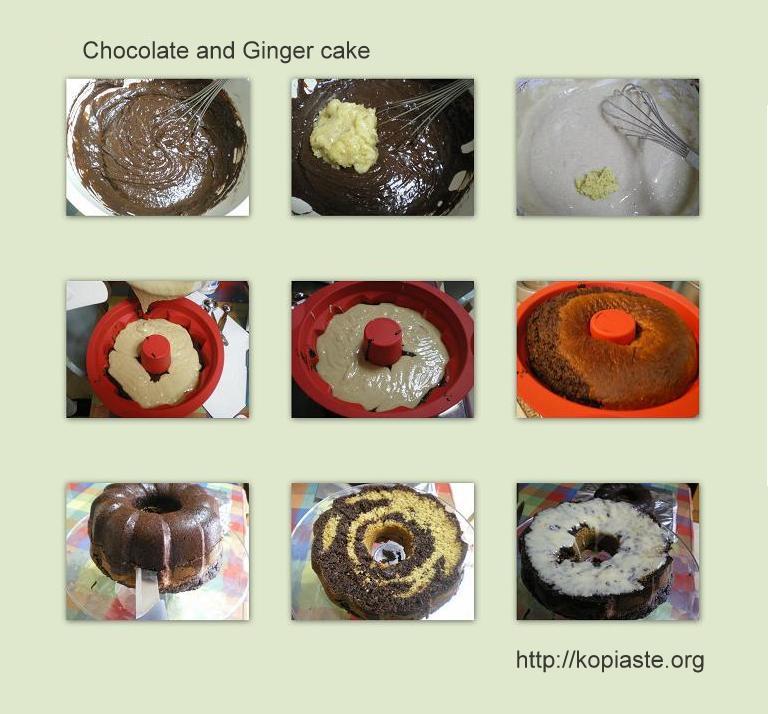 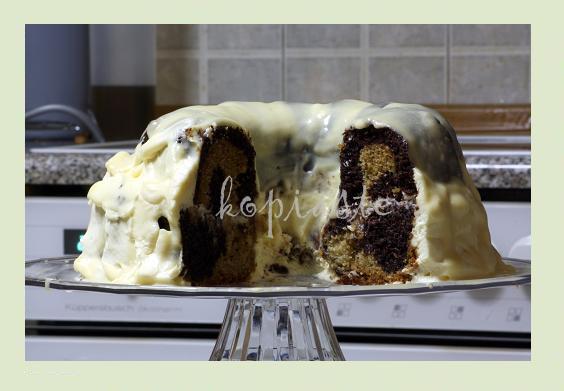 If you liked this recipe here are some other similar recipes of mine:

Banana Cupcakes with coconut and cherries

It really looks and sounds delicious! Thanks for sharing the recipe. I will definitely try it , i hope my kids will love it.

What a beautiful cake -- like the sound of chocolate and ginger together, how unique! I noticed your most recent cake recipe uses Greek yogurt, I have some in my refrigerator that needs to be used, thank you for the idea :).

Wow, you are so creative. I can only imagine how this must taste.

Wow!!! This is seriously one of the best looking cakes I have come across in awhile. It looks and sounds soo good. Both a creamcheese glaze and a filling - you can't go wrong with that!

I love cream cheese icing...reminds me of carrot cakes. Ginger peps up a cake too!