You may know by now how I love to tweak recipes.

I’ve made this recipe before a long time ago and we loved it.  However, it wasn’t “nistisimi” (Lenten) as I had added some lemon curd in the filling. 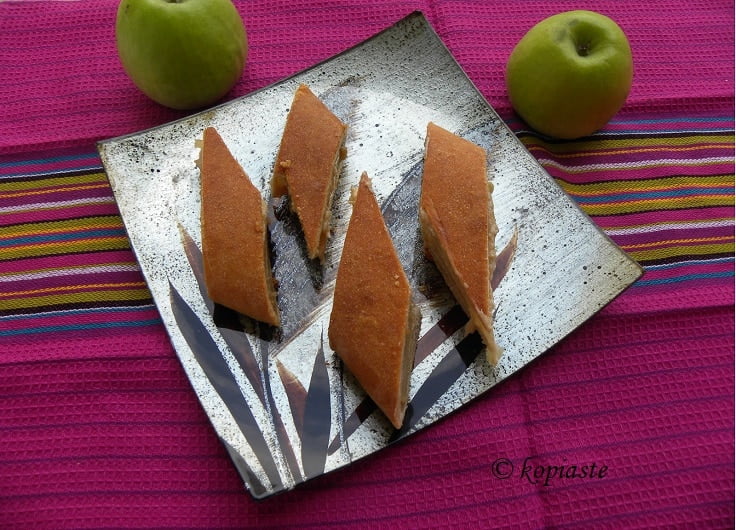 I made the recipe again making several changes to make it Lenten by making an apple pudding.  Apart from the addition of honey, which is allowed during Orthodox fasting, it can easily become vegan by substituting honey with brown sugar.

The recipe may seem a bit complicated because of the many ingredients listed but it is not as difficult as it may seem.  If you can roll out the dough the rest is very easy.

You will not regret it as the taste is amazing!   The dough, which is very aromatic, encases a filling of tart apples, both in the cream but there are also some whole pieces, the lemon flavour is also there, which pairs well with the tahini, the honey and cinnamon.

A perfect, healthy snack packed with nutrients to enjoy for breakfast or with a cup of Greek coffee! 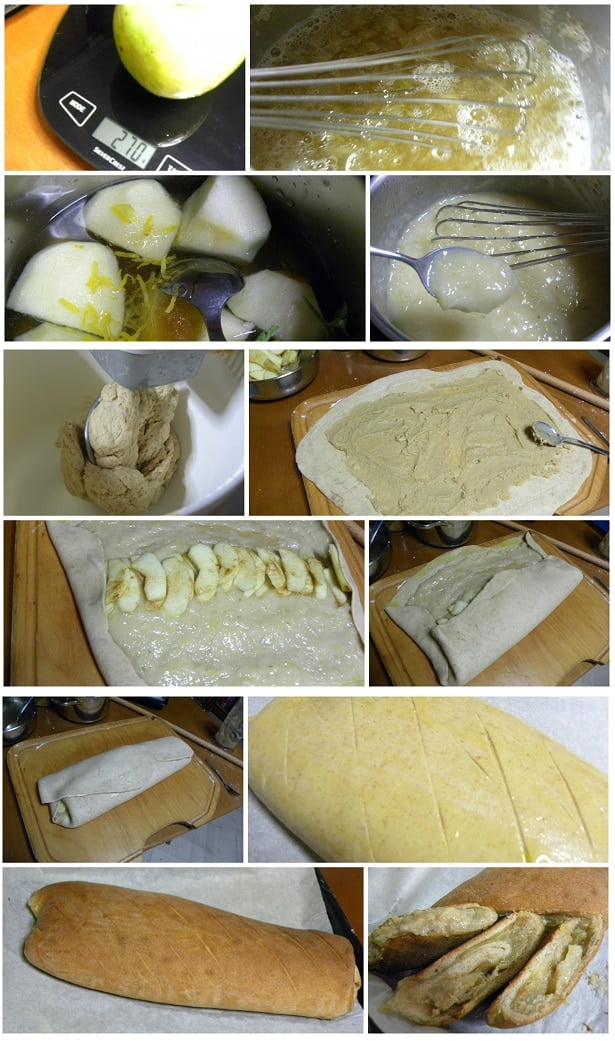 For the apple sauce:

To brush on top:

a. All the ingredients listed have been weighed and counted using measuring cups.  However, for easy reference, I mention how much honey I used, in normal spoons.

b. For those who are vegan, honey can be substituted with brown sugar.

d. If we want the bread without any oil, we can skip the margarine in the pudding and brush the dough with orange juice, instead of olive oil. 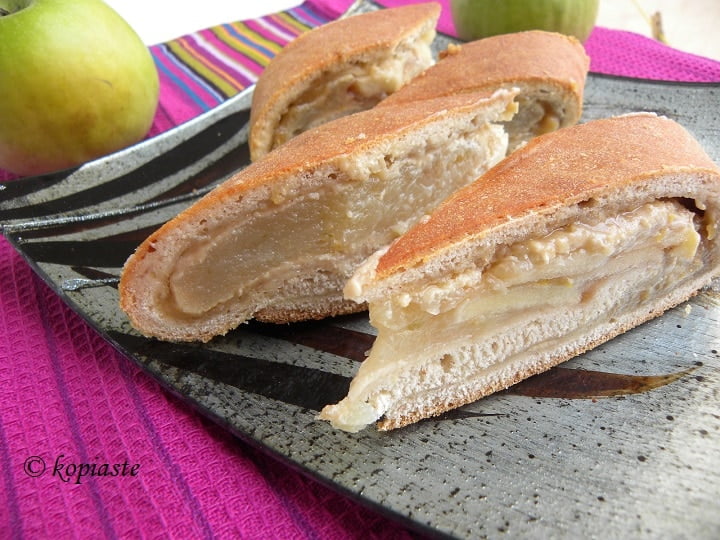 I love this concept. Never thought of this before. One day I will try it. Looks as if it is an apple pie sandwich... looks very yummy, I can imagine it with a nice cup of tea or coffee. visiting from taste query