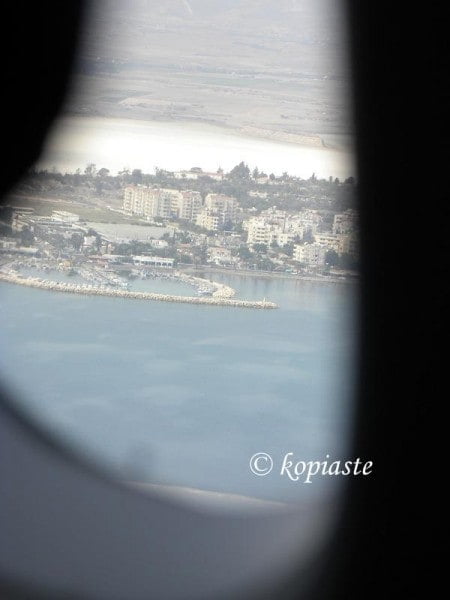 Hi everyone.  I just came back from Cyprus a few hours ago and  making a quick post  to thank you  for voting for my first entry.

I hope to be able to post about my trip to Cyprus soon. 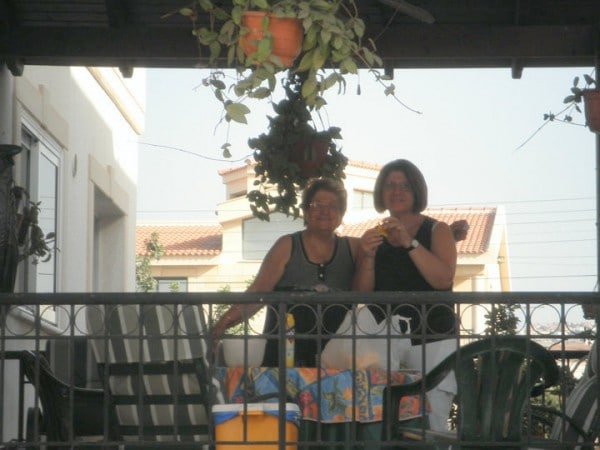 This is my sister Alkistis with whom I was staying with in Cyprus.

I helped her cook “Kolokythoanthous” or “Athous” as it is called in Cyprus, which is stuffed courgette blossoms. 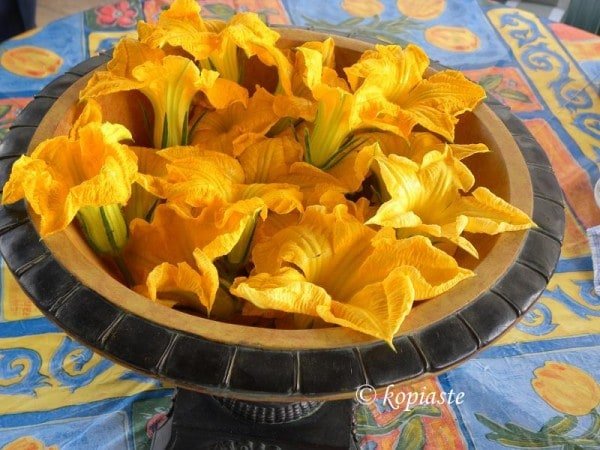 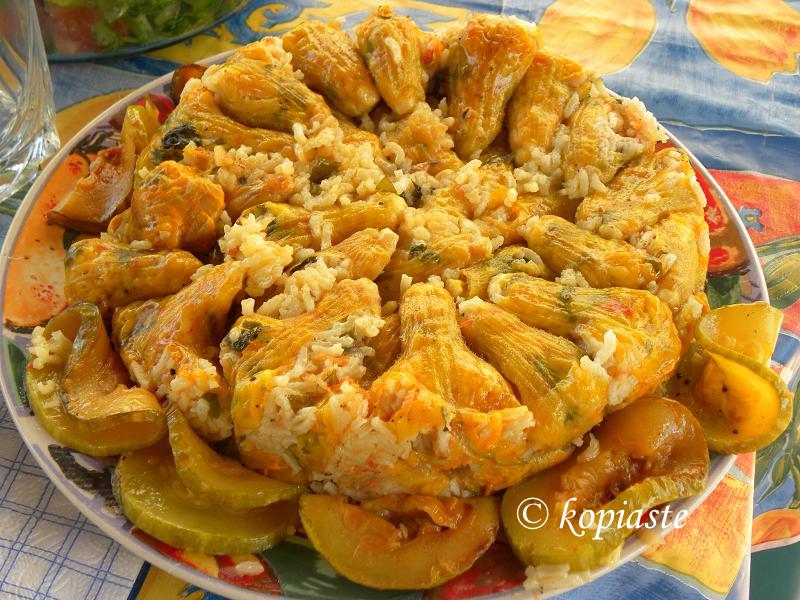 The recipe is included in my cookbook “Mint, Cinnamon & Blossom Water, Flavours of Cyprus, Kopiaste! “. 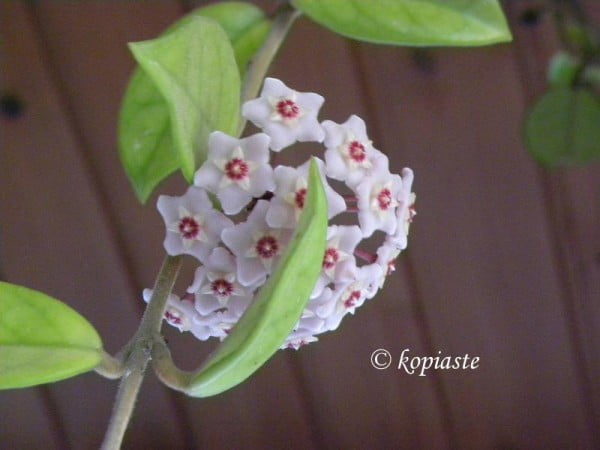 See the Hoya plant hanging from the pergola.  It is called “keraki” which means wax.  It makes these lovely flowers which are like wax.  Never seen them in Greece. 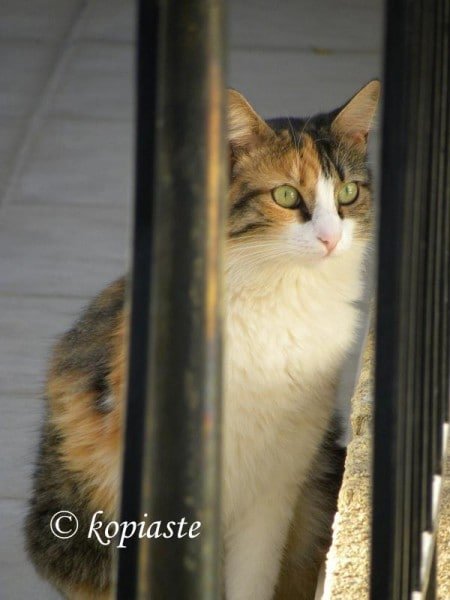 And now meet Channel, my sister’s cat.  I chased her all morning to get a picture of her as she would not stand still.  Did you know that there are two breeds of Cypriot cats?  St Helen’s cats and Aphrodite.  Archaeological diggings found that Cyprus cat was domesticated 9500 years ago. 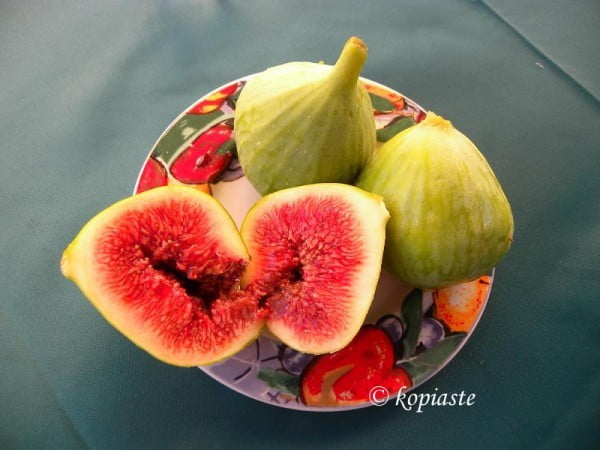 In Greece there are a lot of varieties of figs but none can compare to the Cypriot variety of Vartika figs. 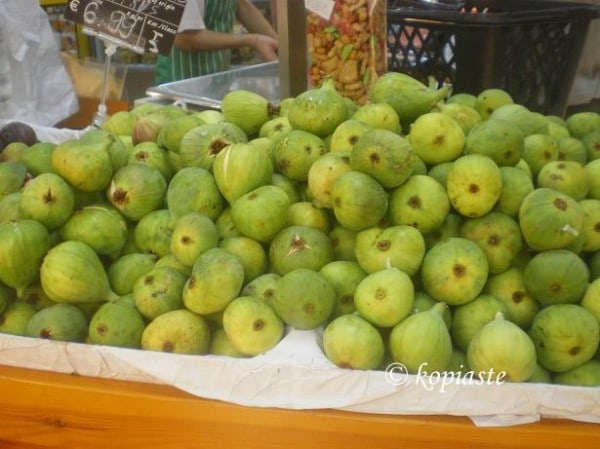 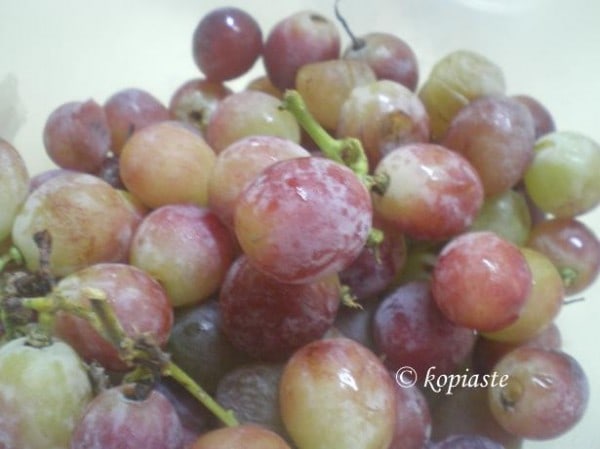 It is said that when Richard the Lion Heart was visiting the villages near his castle at Kolossi, the villagers offered him this variety of grapes.  He tasted it and said “very good” and the villagers paraphrased it as “verikon”. 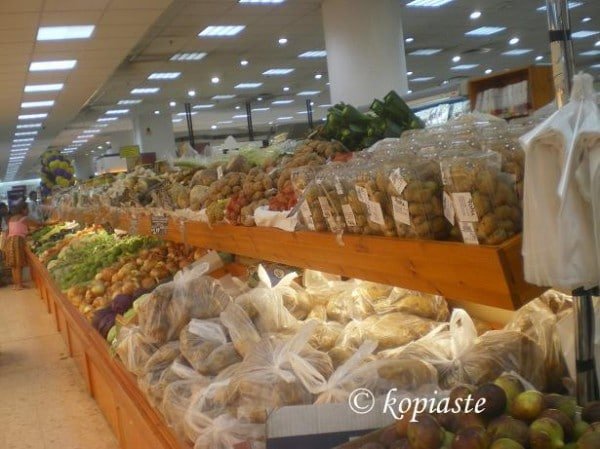 For centuries Cyprus has been famous for its production of fresh vegetables. Since antiquity onions and garlic were rated high in the Eastern Mediterranean area. Of great historical importance to Cyprus is the cauliflower which was planted for centuries on the island and was introduced to mainland Europe in the 16th century from Cyprus via Genoa. In England of 1586 cauliflower was referred to as “Cyprus colewort”, suggesting its recent introduction from the island of Cyprus. For some time thereafter, Cyprus was mentioned as the source of seed for planting in England. Miller writing in 1807 says: “Cauliflowers were brought first from the Island of Cyprus, purple and white broccolis are only varieties of cauliflower”.   In her writings, German archaeologist Magda O. Richter offers supporting evidence by confirming that cauliflower reached Europe in the 1600 from Cyprus.

It is believed that cauliflower arrived in Europe from Cyprus by the Venetians. It was then introduced to France through Italy in the mid-16th century and only when King of France, Louis IIV tried it and liked it, it became very popular.  Since then they began to cultivate it, especially in the region of Brittany.

In the meantime, please vote for my post on Paneer and help me advance to the next challenge.

I will be away tomorrow all day, but hope that I will get  prepared in time.

Look at those figs! mouthwatering lol

Cyprus with a sister and her kitty sounds like a happy time to me! My recent post Mulberry leaves tea Toot chai

Welcome back and good luck!

I love that cute kitty.

The info on cauliflower is very interesting: thank you! Of course, I voted for you. You were so organized with this challenge. I posted my answer quite late, on Sunday.

hi,ivy,welcome back!this "quick post" is full of beautiful images and very informative,thanks for sharing with us a lot of informations and your kindness! the courgette blossoms look awesome and the flower "keraki"is "ceara"in romanian ,means wax,too! My recent post PRAJITURA RASTURNATA CU SMOCHINE SI MASCARPONE UPSIDE DOWN MASCARPONE CHEESECAKE WITH FIGS