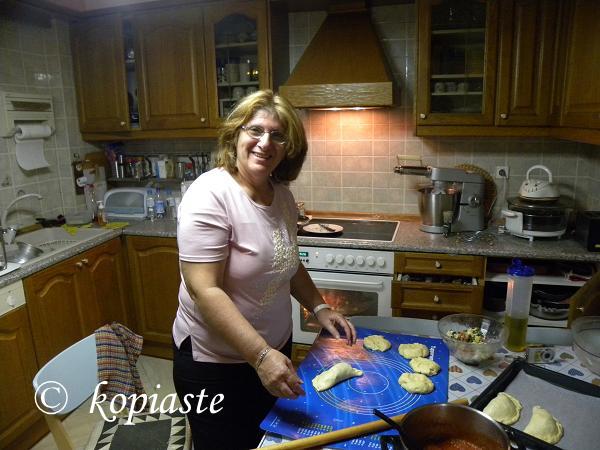 Another thing we tried, while in Rome was Calzone. 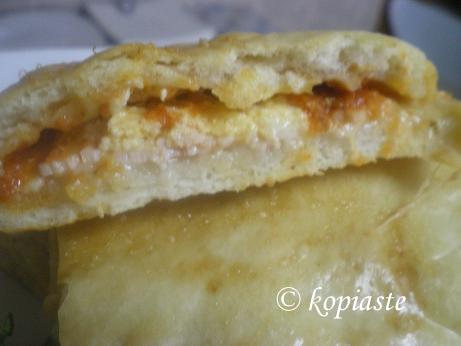 Although I had heard of calzone,  I thought it would be much smaller and  imagined it to be something like a turnover with phyllo pastry, similar to the Greek bourekia otherwise called Kaltsounia in Crete (do you see any similarities in the name?).  However, kaltsounia are totally different and I will write a separate post about them.

However, it was huge and was practically like a pizza folded in two, only it had sauce inside. Technically, what they brough us was not a calzone but a stromboli, maybe it was named after the volcano Stromboli (Sicilian: Stròmbuli, Greek: Στρογγύλη Strongulē) and someone plump in Greek is called στρομπουλή (fem.) or στρουμπουλή strombuli.

“Calzones are similar to stromboli, but traditionally the two are distinct dishes. A common misconception is that the ingredients are the primary difference between the two. The ingredients are actually at the discretion of the chef. Although most strombolis are rolled, strombolis have also been known to be prepared like a calzone, where the only difference is that a stromboli has the sauce inside of the folded crust, where the calzone is served with dipping sauce on the side”. Wikipedia

My husband ordered a roasted chicken with potatoes, together with a salad and wine and tiramissu was included in the price of the dish.  You can imagine how much we ate that evening. Both of us could have eaten well, just eating that calzone and the salad.  I tried some of the roasted chicken with potatoes but it was similar to the way we make it in Greece, so I preferred the calzone/stromboli which had the most amazing tomato sauce inside and it was filled with mushrooms and other ingredients I do not remember and of course melting mozarella. 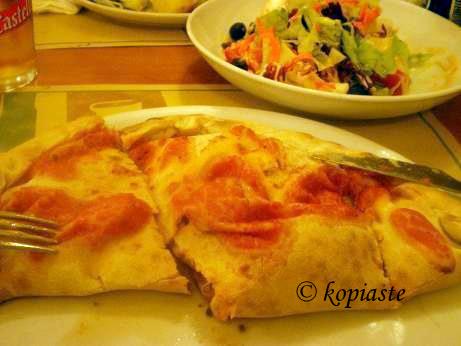 (Sorry for the bad quality of photo but the lighting in the restaurant was very poor).

When we came back, I made some calzone using the Italian cheeses. The ingredients given below are enough to make twelve calzones but  I did not use all the ingredients  as I wanted to save some of the cheeses to make another recipe.  The remaining I filled with smoked turkey and milner cheese. 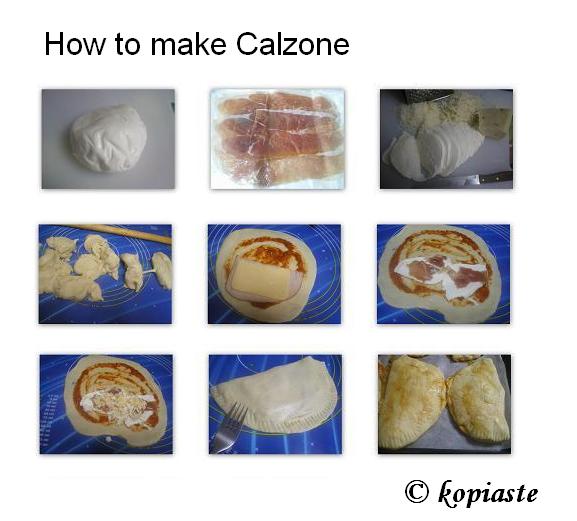 Calzone with Mozarella, Proscuitto and other cheeses

Makes: 2 big ones or 12 small calzone 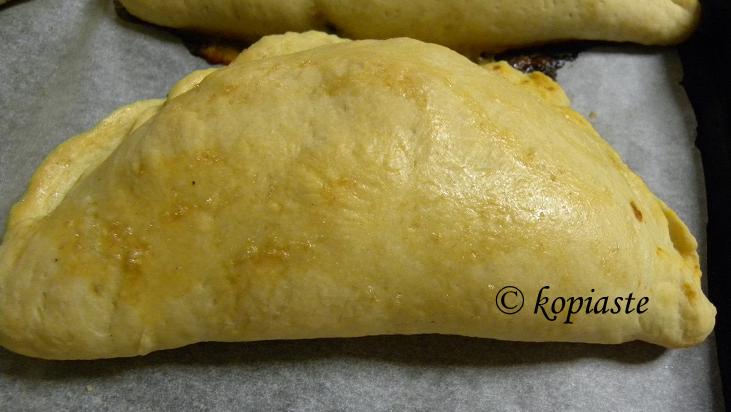 A few days later I had some leftover Greek roasted chicken, and as these calzone are very delicious and easy to make, I made them again this time using some other ingredients I had at hand. 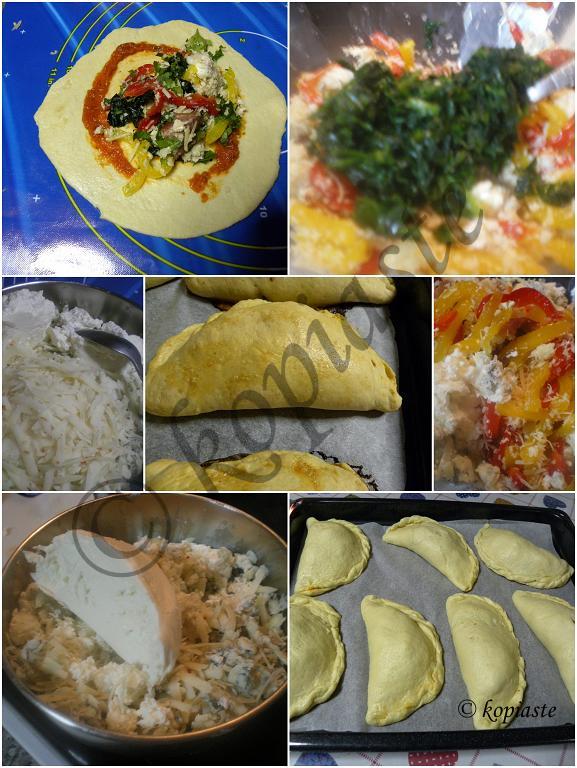 Makes: 2 big ones or 12 small calzone

Mix all the filling ingredients together and make calzone the same way as above.
Enjoy!! 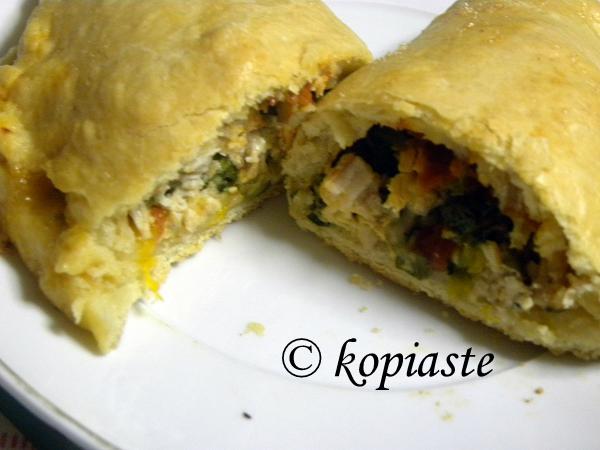 MMM I can taste both calzones already!

Wow, your pizza and calzone recipes make me realize i have not made pizza for a long time. Time for it. Sometimes once you start you cannot stop isn't it.

I've eaten many a calzone here in NY and yours looks delicious Ivy! Lovely flavors.

I love Calzone Ivy!!! And it's great to see you there in the middle of your kitchen :D :D :D. I never made it myself, so thanks for the recipe!

Ivy, you have a big kitchen! These calzone look very delicious!