Beer bread is one of the most easy breads to make and the taste is amazing.  Beer makes the dough bubbly an you will have the most delicious, homemade loaf of bread on the table in less than two hours. 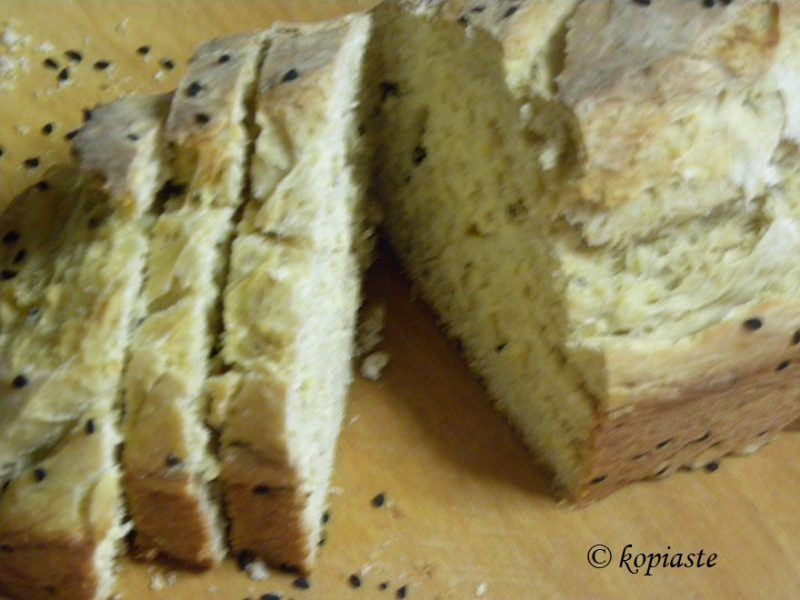 The 16th of October has been declared as “World Bread Day” by the International Union Of Bakers And Bakers-Confectioners (UIB). On that occasion Zorra, at “Kochtopf”, is organizing an event in order to celebrate bread and the art of bread making around the world.  I participated last year as well and although I was planning to prepare something for the event it skipped my mind and I remembered about it when Cinzia posted about it and I only saw it yesterday morning. 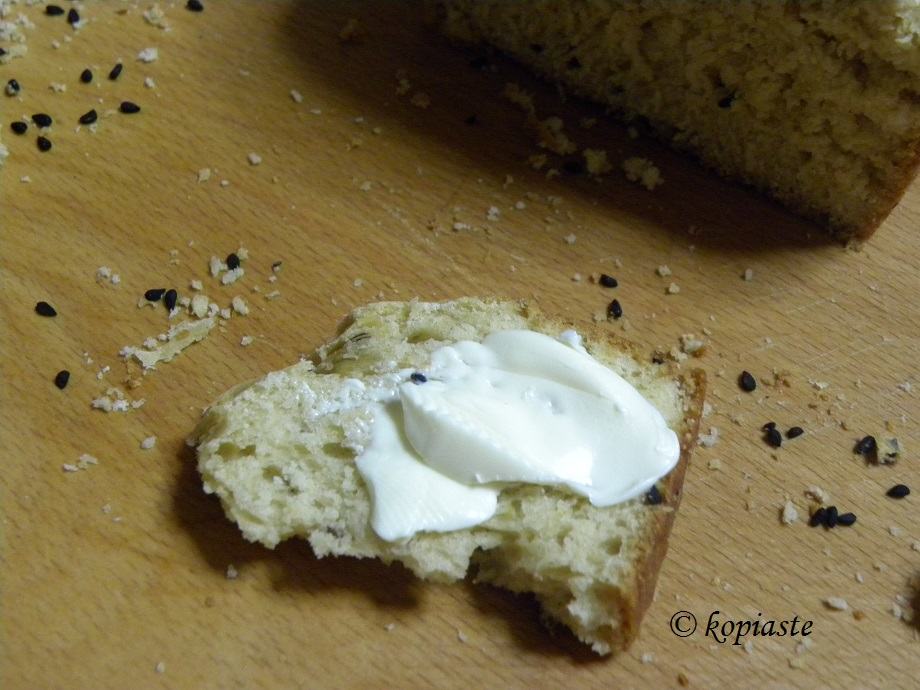 I have never drank or used black beer before and when I needed some for another event, my husband bought three beers.  As I had no idea where to use them, I google searched to find recipes and I found this recipe as well as another some other recipes using black beer which I bookmarked.

I have heard of “beer yeast” before but I had no idea if “beer” and “yeast” would react the same, so I was really curious to see how the bread would turn out.

The bread was easy to make and delicious.  It’s texture was dense like a cake and I liked the sweetness of the bread, which would make it perfect for breakfast.  I will definitely experiment more with beer bread.

The amount of flour mentioned in the recipe was not enough or at least I am not sure if instead of having a dough it should be a batter like a cake.   When I finished with the ingredients it was very sticky and I kept adding and adding flour until it resembled like a dough and even then it was still sticky.  I mixed the ingredients by hand and did not beat the mixture as it said in the recipe.  I used bread flour and all purpose flour and I added some black sesame seeds both in the bread and on top.  I did not make a lot of changes to the recipe but the ones I have made are in brackets. 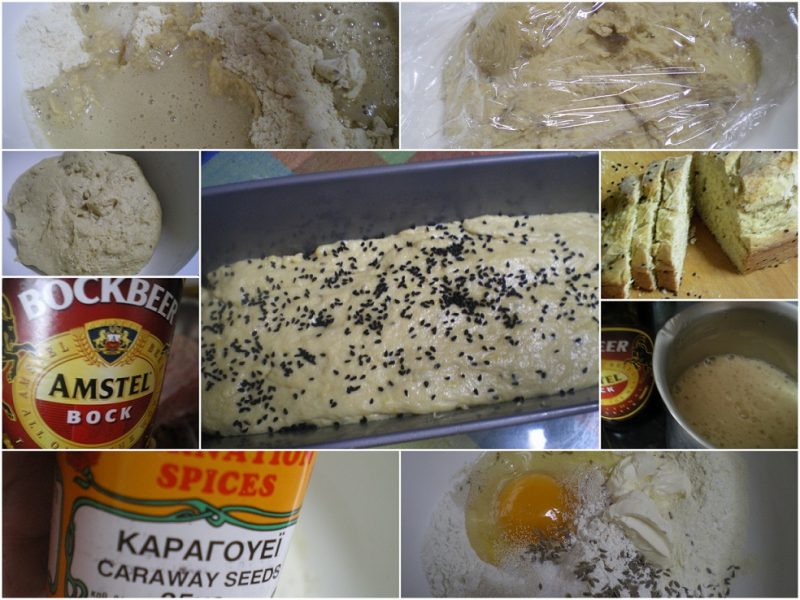 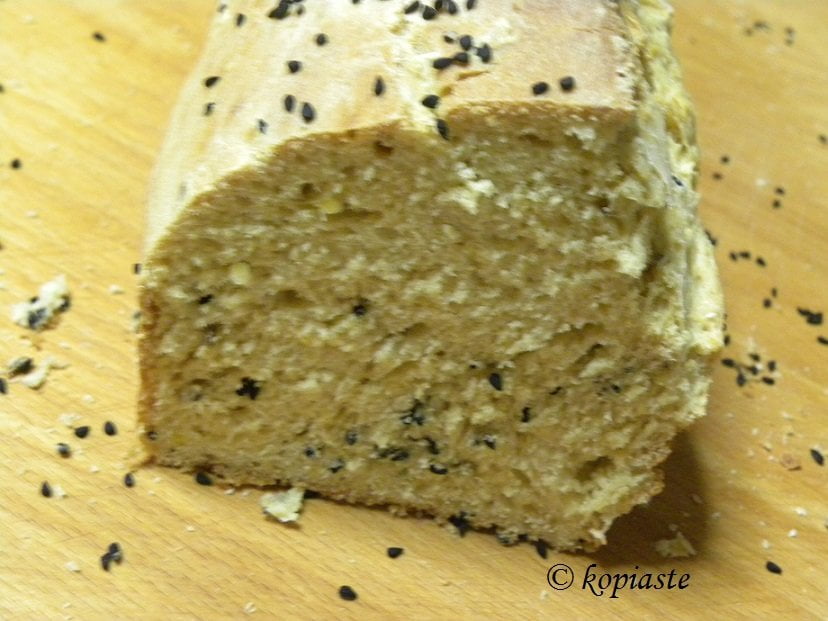 This bread is my contribution to the World Bread Baking Day, 2009 that Zorra is hosting.

There was some leftover beer so in order not to waste it, I thought of making a thick batter, to coat some fruit and deep fry them but then I changed my mind and decided to make something similar to pancakes or  crepes. I added some flour, an egg, which was the only one left in the refrigerator and whipped some beer pancakes, which we ate with some honey.    They were great.  As soon as I put the batter in the frying pan they became very airy and fluffy.  Pity the batter was enough only for three. 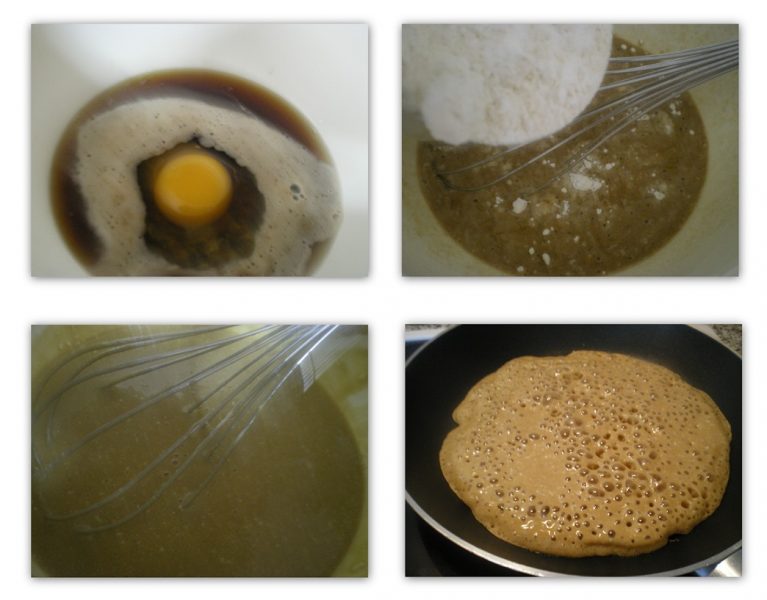 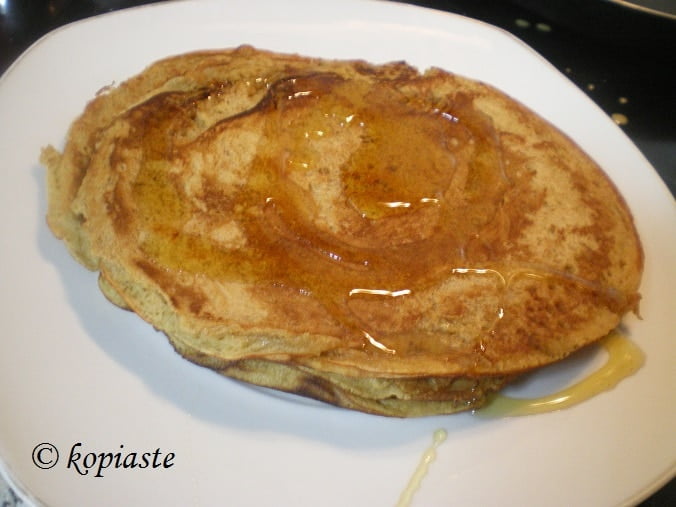 It may have been much less cake like, and more ciabatta like(texture wise) if the recipe's original hydration and gluten development(by beating) had been adhered to.

Yours seems to have turned out nice. I just wonder if that is what the recipes originator had in mind?

Some paparouna (poppyseeds) would also be nice on this bread.

Looks so fluffy, like a cake. Thank you for your participation in World Bread Day 2009. Yes you baked! :-)

I have baked something similar before, but yours looks so much better!