Stamnaggathi are wild greens, with a mildly bitter taste but simultaneously having a touch of sweetness which does not resemble to any other wild greens and is a must for a healthy style cuisine.   During the past years these greens are becoming very popular in all Greek gourmet restaurants and you can rarely find them in other cheaper restaurants, except in Crete, probably because of its price.
It’s scientific name is Cichorium Spinosum and belongs to the same species of wild chicories (endives).  It is rich in antioxidants, omega-3 fats as well as many other nutrients, which promote good health. 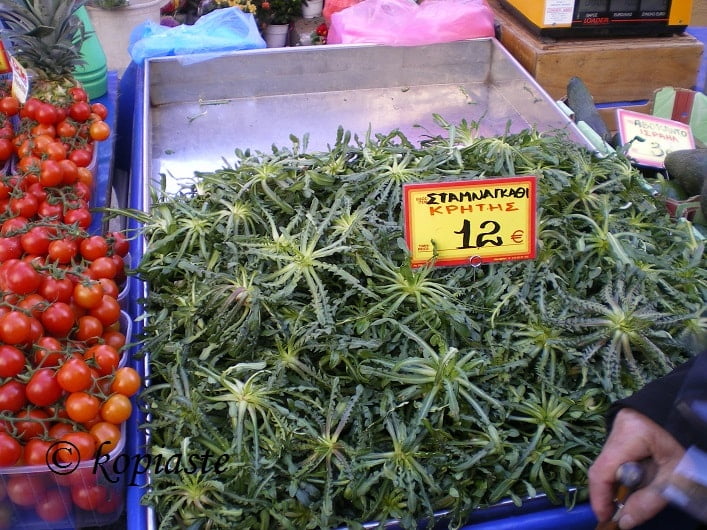 It’s characteristic is that at the end of Spring it is green and tender but still it is a very tedious work for people to collect these greens, hence the expensive price which ranges between 12 to 15 Euros a kilo.  This year, its price was much lower, maybe because we had a lot of rain and it grew abundantly.   Later on during summer the thorns are so prickly that even goats will not approach anywhere near it. 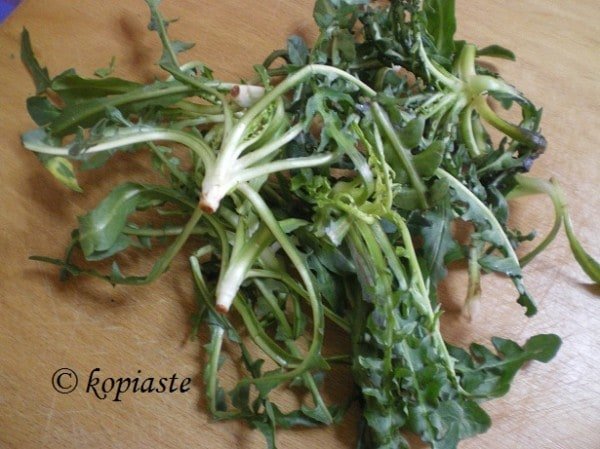 Stamnaggathi is a compound word, from stamna, which is an earthen vessel in which they would transport and store water from fountains or wells and aggathi means thorn (spinosum).   They would put this thorny plant to seal the opening of the vessel and thus prevent any insects from getting inside.
Dioskourides has an extensive mention of this herb and characterizes it as a medicine for many treatments and recommends a lot of ways to use it, mainly for its antiseptic and antirheumatic properties.
This herb which  grows only in Crete can be found mainly at Omalos plateau but other species can also be found closer to the sea (gialoradika).
After the German invasion and occupation of Crete, during World War II, scientists were astonished when  in other parts of Greece where people died of hunger, in Crete although their livestock and produce were confiscated as well by the Germans, all Cretans were in excellent health.  Scientists discovered that the Cretans survived mainly by eating wild greens, snails and occasionally game or fish, everything generously found in nature.

Antonia Trichopoulou, professor of public health at the University of Athens, has calculated the various nutrients in seventeen different greens which are cooked in the Cretan greens pie and found that they fulfill all the daily requirements for vitamins, minerals and trace elements.

This specific herb can be cooked, with lamb or goat or it can be eaten as a raw salad, or boiled and eaten in both cases with extra virgin olive oil and lemon or vinegar.

I am giving you the classic way of boiling these wild greens as well as a salad I have created.  The greens should be boiled only with enough water to cover them and no salt should be added to the boiling water.  Although the water is removed from most of the boiled greens after boiling, here some water is added before serving.   After boiling, a lot of people do not discard the water but keep it and drink it. 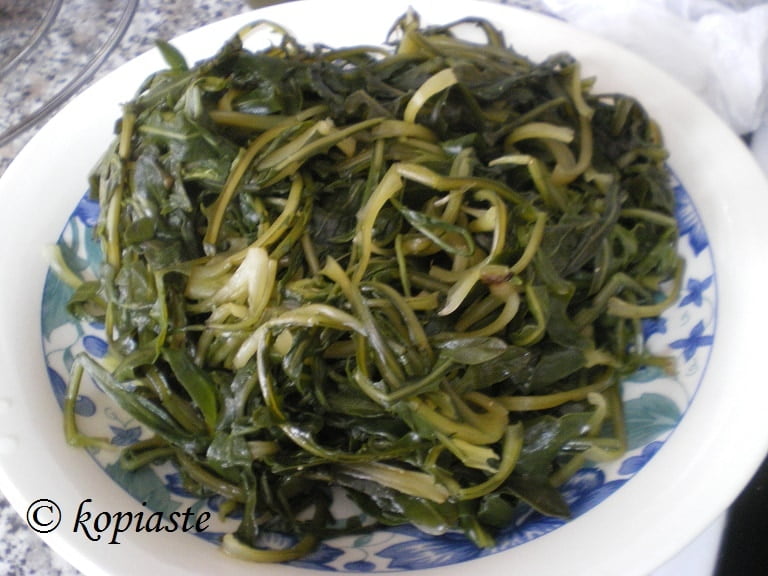 This recipe goes to Sowmya, of  Creative Saga who is hosting the event Cooking with Greens. 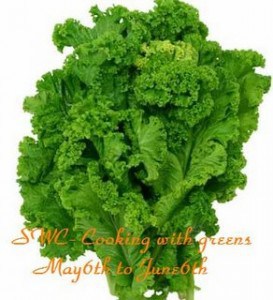 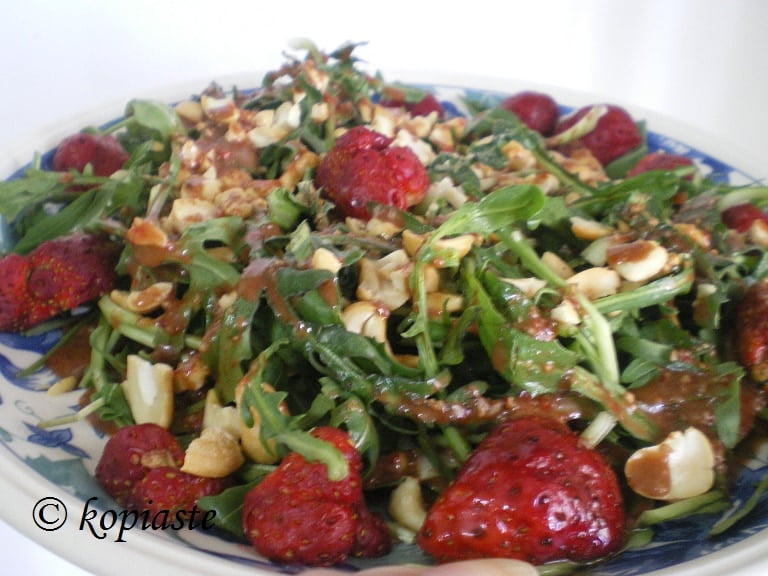 Before boiling the greens I reserved some stamnaggathi to make this salad the next day and the addition of rocket is optional and I just added it because I had some at home.   I made the salad dressing following my instinct on what would compliment these bitter greens and I just went along tasting and adding until I had the right taste.  Instead of pomegranate molasses you can add only honey if you like.

My intention was to use only pomegranate molasses but it still needed something more sweet in the dressing, so I added the honey as well.  I made this salad at the beginning of April when the strawberries were not so sweet, so the amount of honey will depend on how sweet the strawberries are.  The combination of the strawberries and honey with the bitter greens was an excellent match.

This recipe goes to Lisa and Holler, for their event No Croutons Required, Berries.

hey great artical, thanks for introducing it to us. We never stop learning new things

Very new to me too Ivy and thanks for introducing it to us. We never stop learning new things.

ciaooo ivy! this is very interesting.. I try to look it up, and discovered that your greek cichorium might grow in sardinia.. here we have only the common one, cichorium intybus..with soft leaves. well...I could try with them, could I? :)) have a nice week end, dear baciusss

I don't think I've ever eaten these greens, Ivy. Thanks for the lesson and the great looking dish!