Athens, is surrounded by mountains:  in the East of Athens is Mount Hymettus, (in Greek Υμηττός), sometimes written as Hymettos, Ymitos, Imitos, etc.,  in the west is mount Aegaleo, in the N.W. is Parnitha and N.E. is Penteli. As you can see in the picture below, this is how you can see the mountain from my neighbourhood, Kessariani. 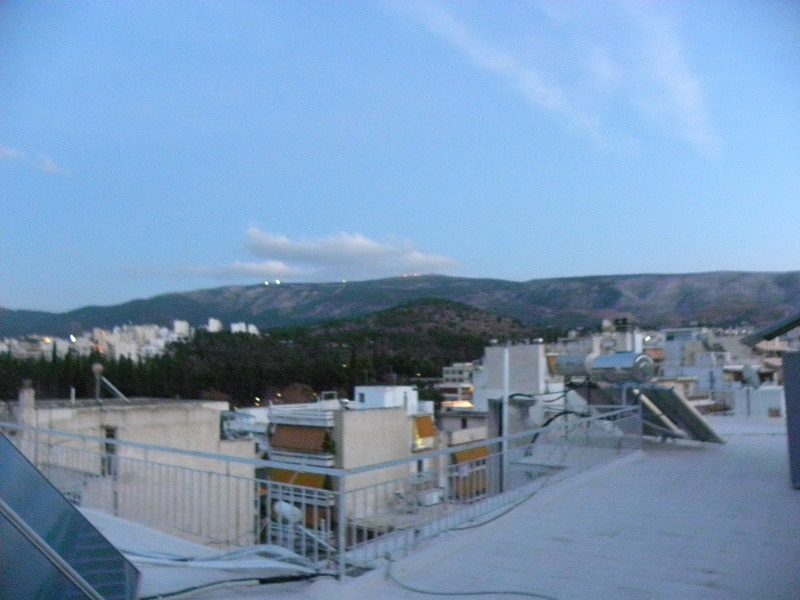 Hymettus is just a few kilometres from my house and we love visiting it often as in just a few minutes you find yourself in a different world, full of trees, flora and fauna with breathtaking views.

This mountain is covered with a beautiful pine forest and has many attractions: historic monasteries, impressive caves, clearly marked footpaths, unsurfaced forest roads barred to traffic which are ideal for mountain biking, trekking and many rock climbing fields and of course offers a fantastic view. 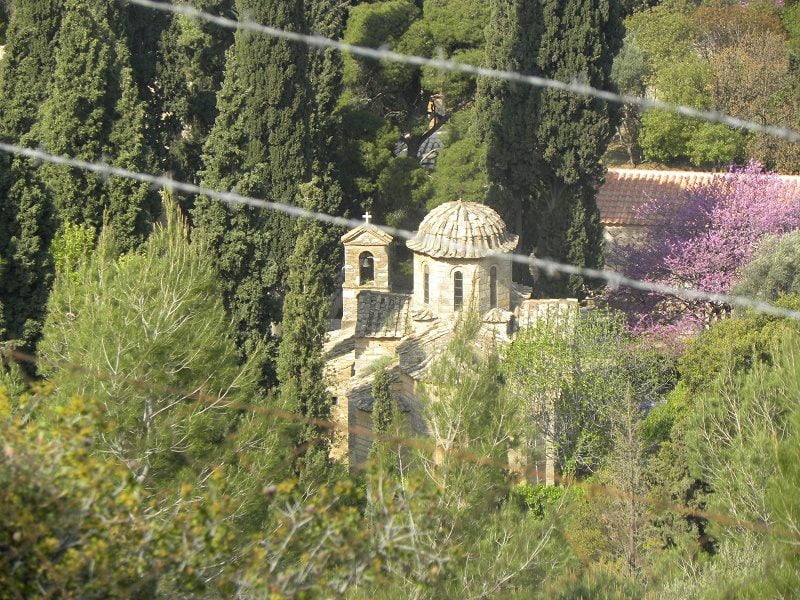 In the past water coming down from Hymettus formed Ilissos or ilissus River,  but due to the dense population of Athens the river has been canalized and mostly is underground, except a small piece near The Temple of Olympian Zeus and an avenue has been constructed on its route, leading toward Paleo Faliro.  We love going and walking there, whenever we can.

The mountain is long and the French during the 15th or 16th century described it as tres long (16 km) and the Greeks thought that they said “trellos”, τρελλός (crazy mountain), so the mountain is also known as trellos.

It is also narrow, rocky and arid, with flora that numbers over 600 plants, consisting mostly of several kinds of pine trees and cypresses but there are also olive trees, fig trees, oak trees, carob trees, judas trees, citrus trees, eucalyptus and many other kinds and lots of bushes. 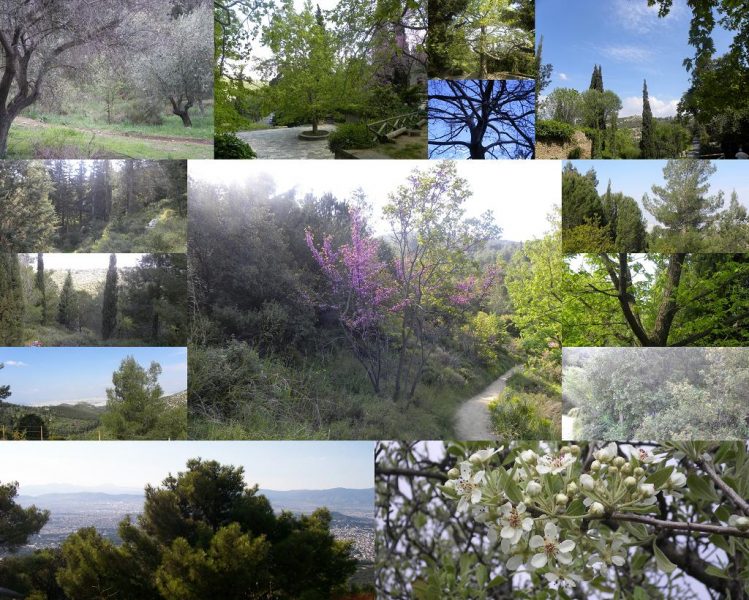 Wild flowers, poppies, camomile, daisies, cyclamen, etc, no wonder why the Attic honey is considered to be one of the best in the world.   (All pictures were taken yesterday except the cyclamen which was taken last fall).   It’s full of laurel and rosemary, thyme and oregano and lots of other kinds. 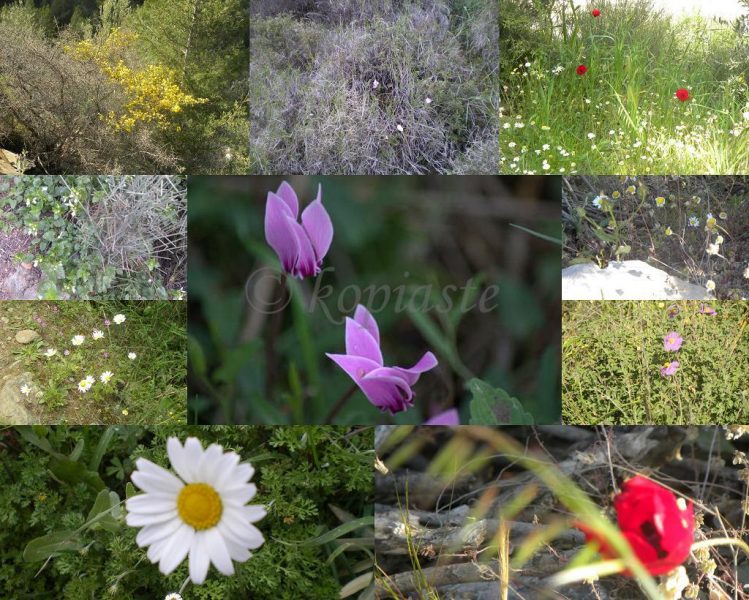 We follow different routes each time but one of my favourite is the Botanical Trail, where the children of an elemetary school have labeled the plants and trees. 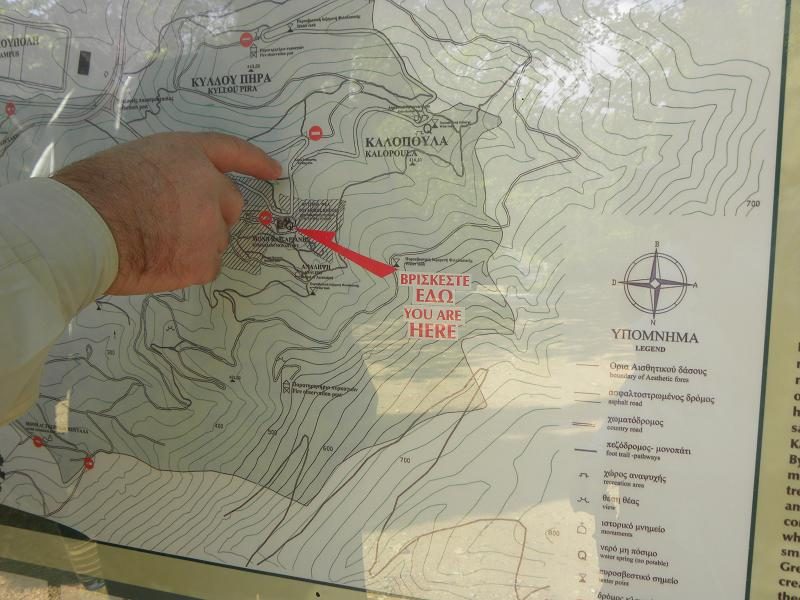 The Botanical Trails starts from Kalopoula, where there is a small kafeneio (coffee shop) and exits near the Monastery of Kessariani. 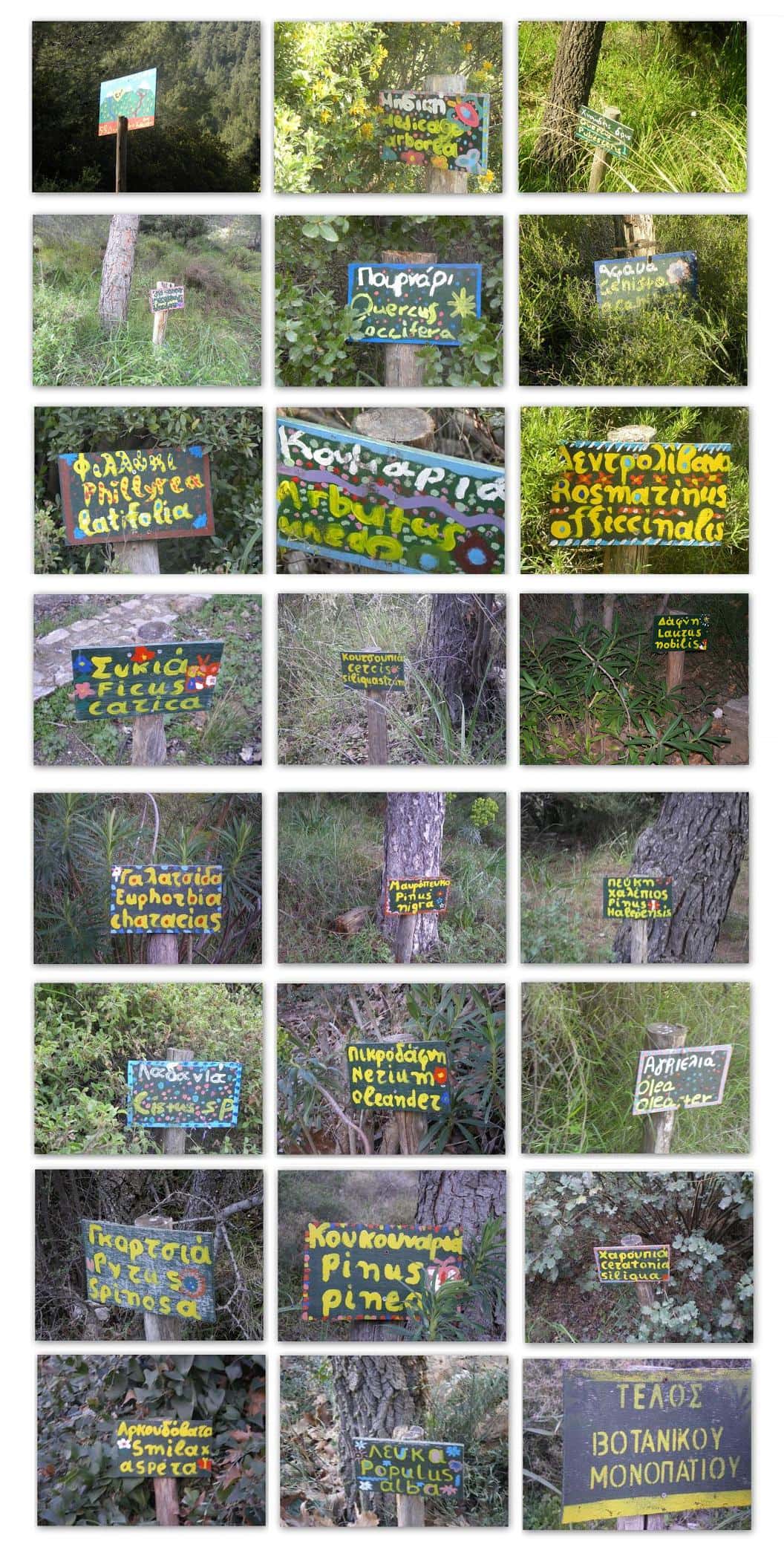 On the lower parts of the mountain, it’s fauna is, donkeys which are used for transportation where cars do not go, astray cats and dogs but the real fauna consists of rabbits, foxes, turtles, hares, porcupines, serpants and of course lots of birds, among them endangered species. 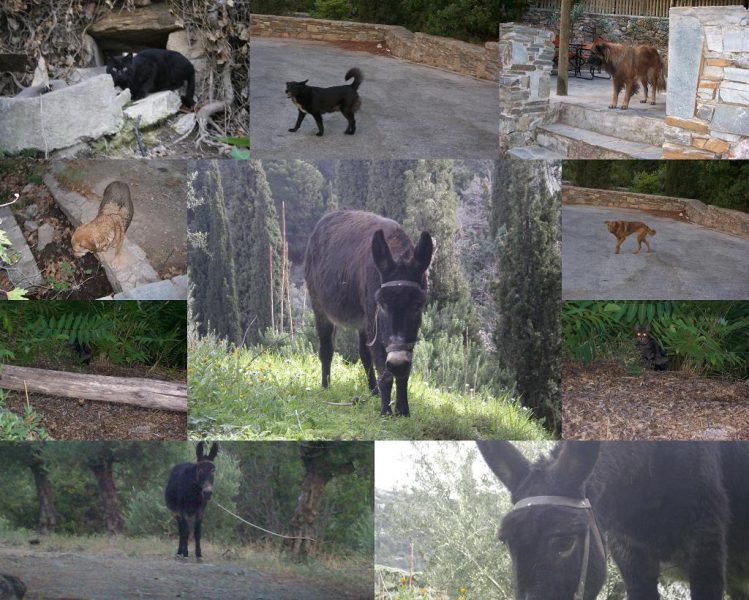 In some parts the trail is not very easy to pass as it is full of stones and some trails are steep and others downhill, 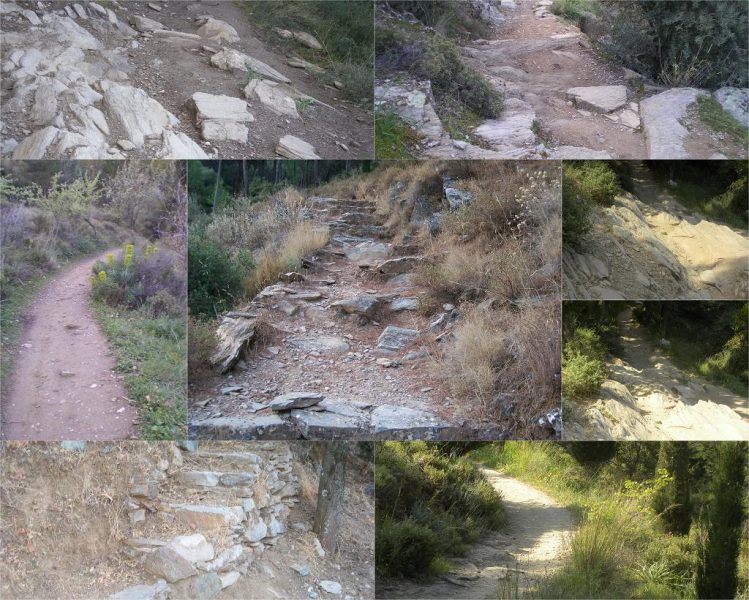 but there are a lot of rest places which are perfect also for picnics. 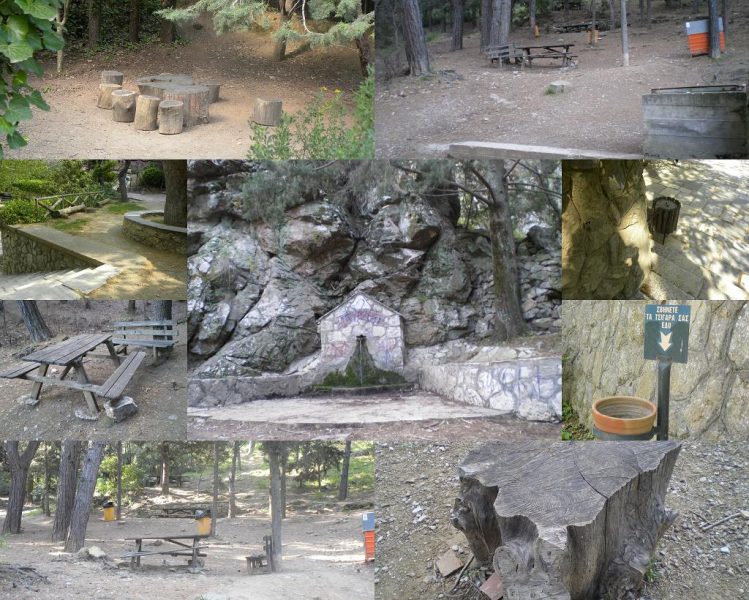 They say that there are underground passages which take you all the way to Athens but all these entrances have been sealed with no explanation. 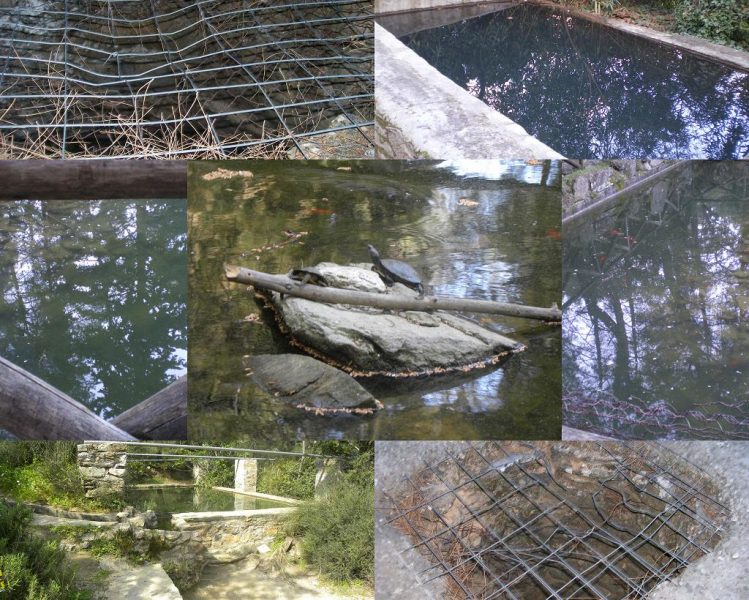 You can find various ancient and Byzantine monuments on the mountain.  You can see on the wall of a  church, some ancient ruins have been used to build it. 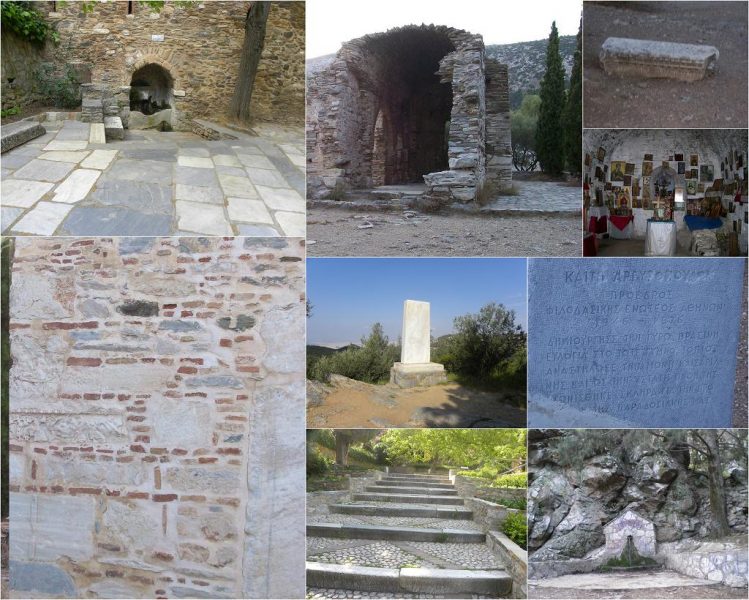 Finally here are some breathtaking pictures with a view of the whole area of Athens up to Piraeus.   I have zoomed in some pictures where you can see the Acropolis, Lycabettus, the Port of Piraeus up to Salamina Island and on the foothill is Panepistimioupoli (the Universities). 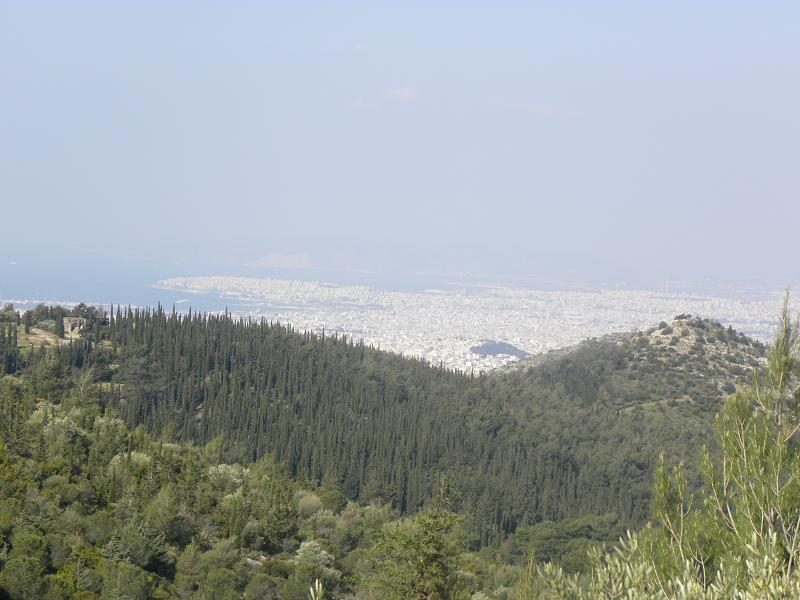 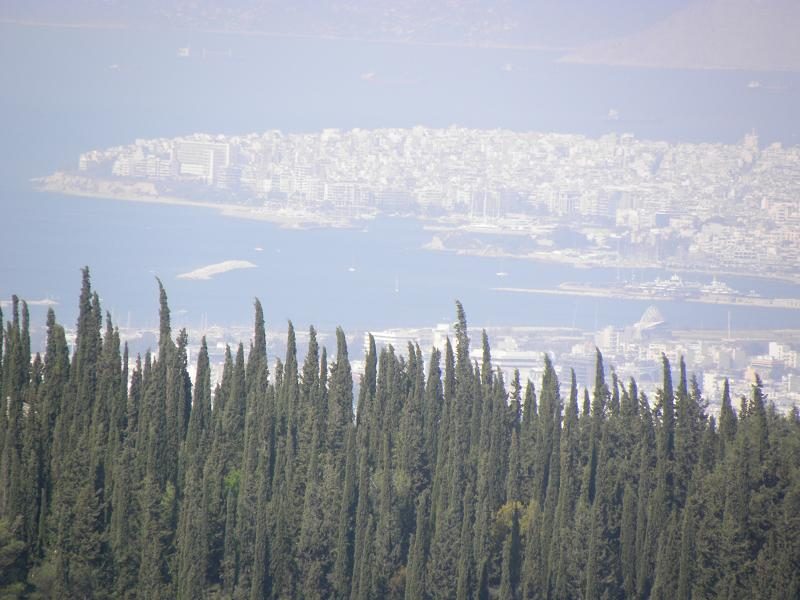 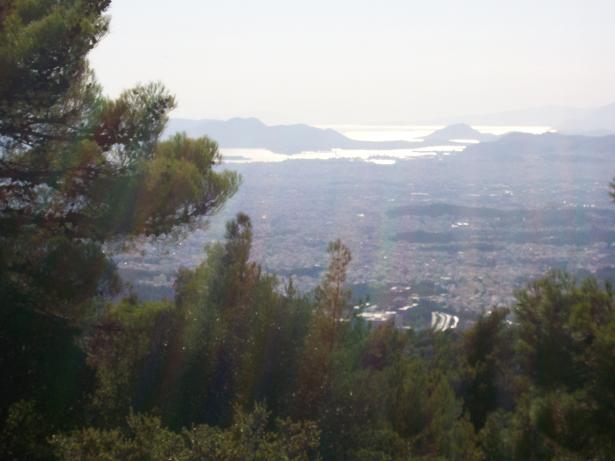 View of Piraeus.. up to Salamina.. 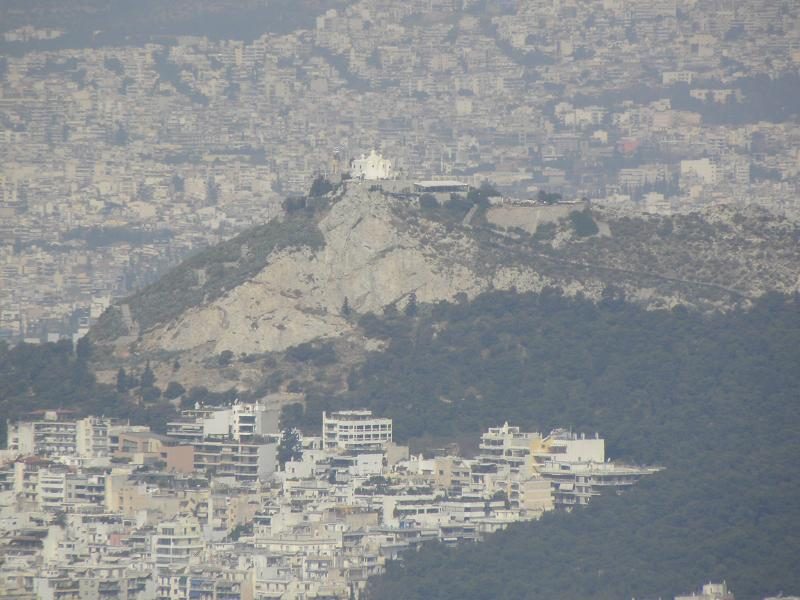 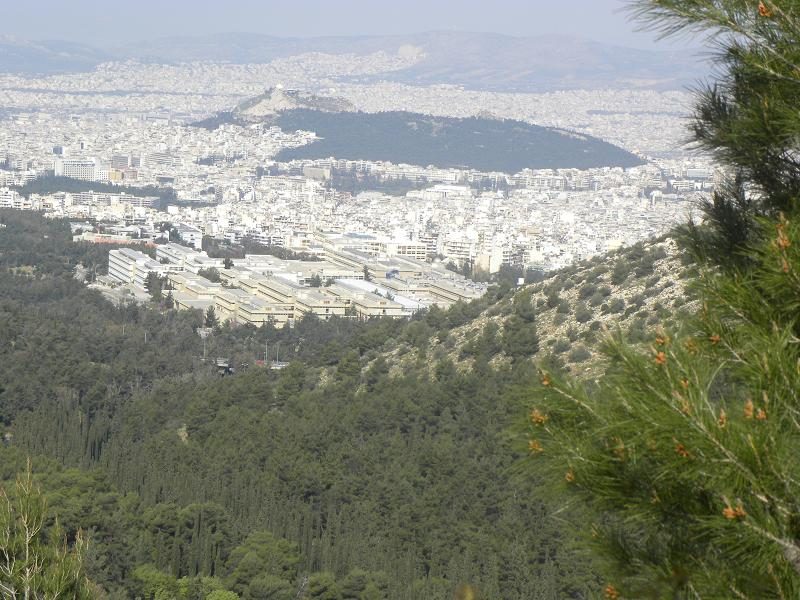 View of Lycabettus and University.. 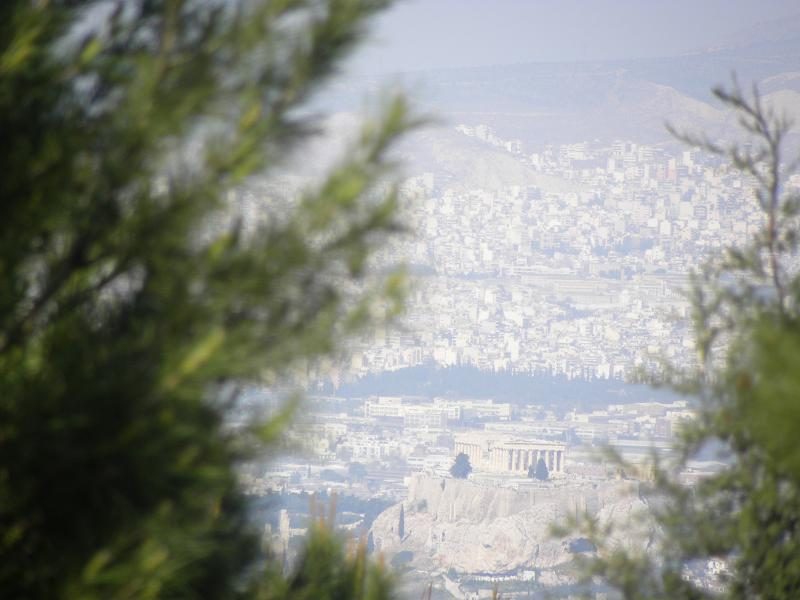 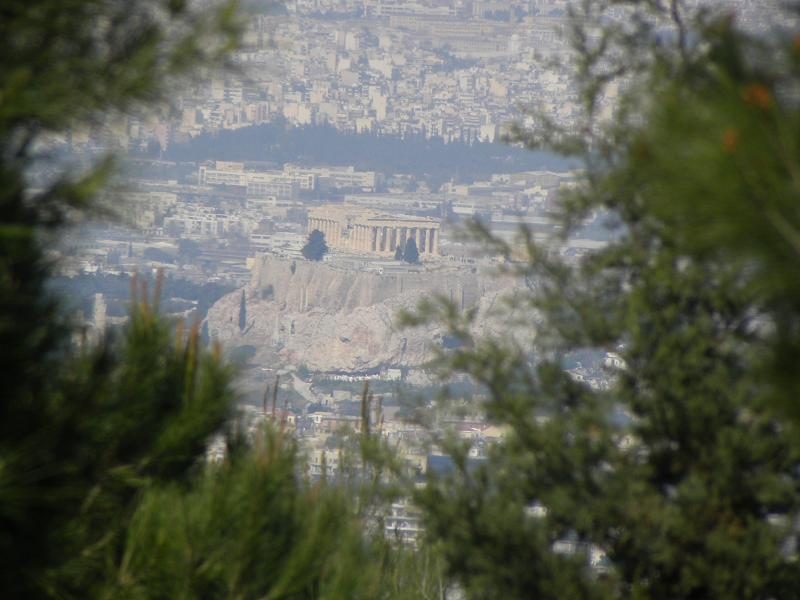 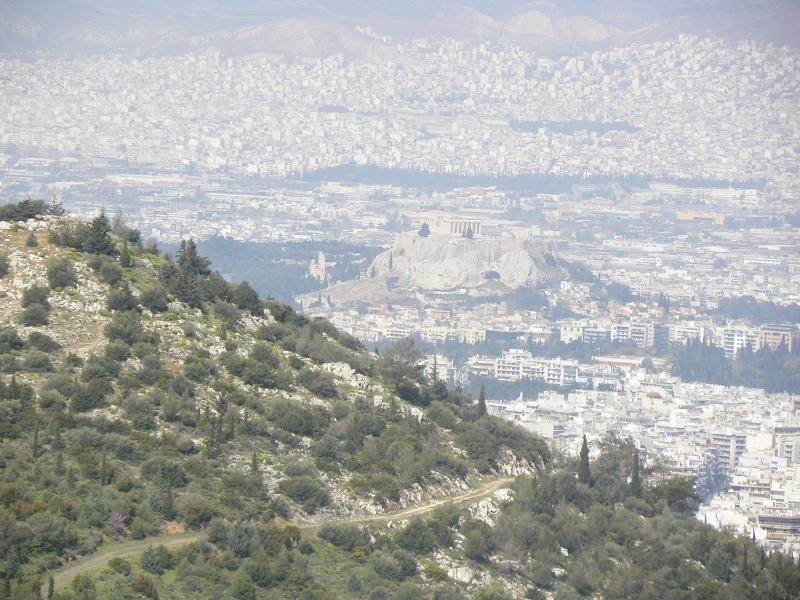 Finally, view of The Acropolis.. the most beautiful monument in the whole world.

Hi Ivy , Your photos are awesome!

I am having trouble finding the natural ones. Would you kindly inform me what are the Natural characteristics of Athens Greece?

I like Athens, which is wonderful place. I wish to visit it one day!

I agree with you, Athens is very nice place surely i will visit there in future.

I've never been to Athens before but after reading your blog i am tempted visit this place.

I was there last winter, really a paradise, Cant wait to be there again....its a beauty full place,