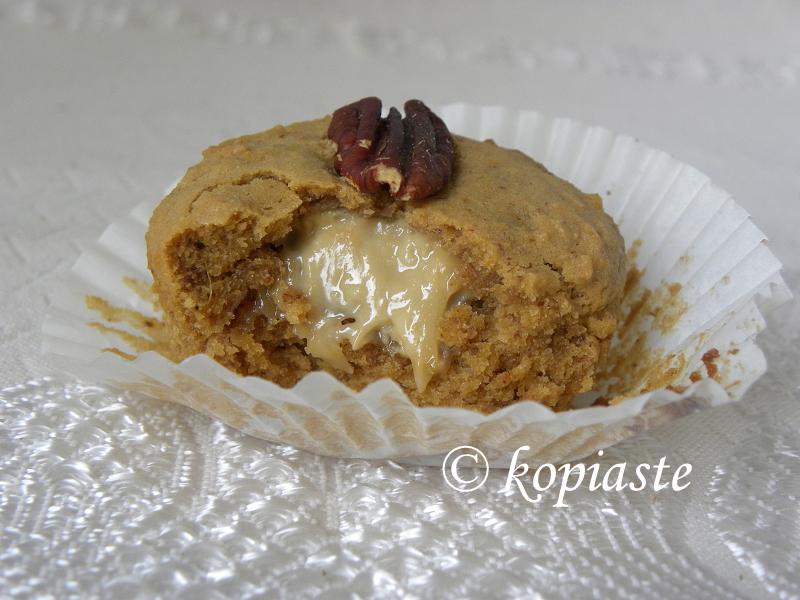 In Orthodox religion during the 48 days of Lent, which is the fasting period, no animal products are allowed to be eaten.    Fasting doesn’t have to be boring or a torture, so I am always trying to create something out of the usual.

I was inspired to make these tahini muffins last fall, when Chef Jeena posted a recipe for Wholemeal Muffins.  Those muffins looked so good that I wanted to recreate them immediately but unfortunately they had eggs and milk in them.   I made Jeena’s recipe but instead of adding milk and eggs I added tahini and orange juice in the mixture.  I filled them with a prune jam I had made and although they tasted great, I didn’t like their texture as they were kind of sticky and the muffins were flat.  I never posted about these muffins because I wanted to perfect them first.

I discussed this with Jeena and she told me to replace the eggs with flaxseeds.  Now that was new to me!!  I had never used flaxseeds before nor did I know anything about them.

I made a thorough google search to learn about these seeds and I was amazed to see that they are high in Omega 3 fatty acids and rich in fiber.  In antiquity they were used as medicine.  You can read all about flaxseeds here.

I had forgotten all about these muffins and flaxseeds until this morning when I read Joumana’s Tahini Brownies, so as I had all the ingredients  I needed at home, except the jam, I made them a few hours ago.

I don’t usually post my recipes immediately as I have lots of older recipes which are waiting patiently for me to post them, but I was so excited that I had to share these with you.

In Greece we can get plain tahini but there is also a tahini mixed with honey.  If you can’t get the sweet tahini, just mix enough honey until it is sweet.  I made some of the muffins with only tahini and in some I mixed some pecans and dried cranberries.  I must say that both were perfect. 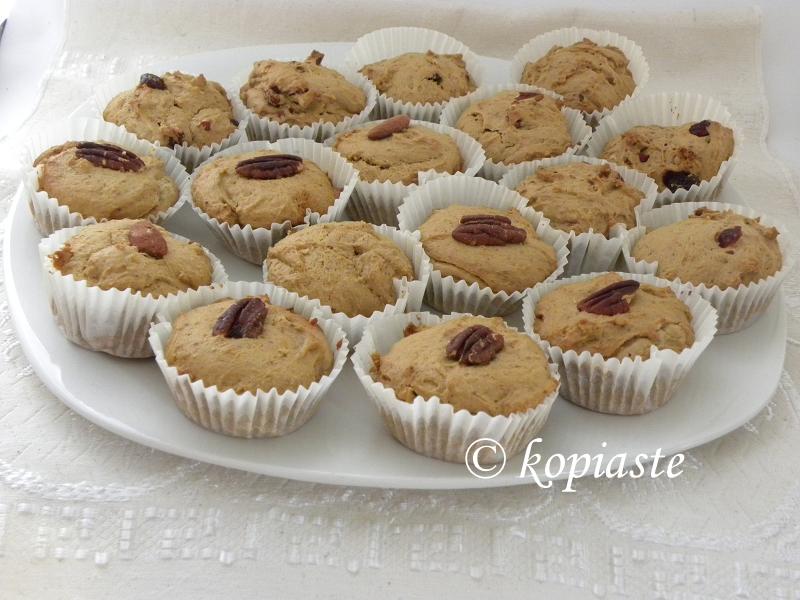 I love tahini! Can you please post the recipe?

Those look so healthy and delicious! I adore tahini in savory or sweet applications, and this looks like a breakfast of champions.

This is awesome....I love tahini and this is a new way of making muffins...Awesome!

Wow, very unique muffins with tahini and flax seeds! They sound healthy and delicious and I can't wait to try!