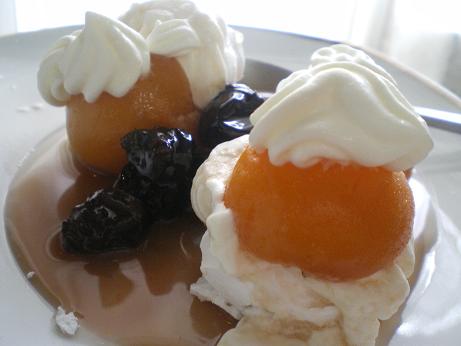 It’s been a while since I posted a dessert, not that I don’t have any recipes to post but subconsciously I want to avoid them as much as possible, as I am trying to keep away from them 🙂

I have been eating healthier and lighter for the past month, not following any diet but I have stopped eating sweets, indulging to a light dessert only once a week only and eating grilled food with salads, legumes and a ladero (plural ladera) once a week.

When I finish posting a few more recipes I have promised friends to participate at their events, I shall start posting some of these dishes, which I consider healthier. 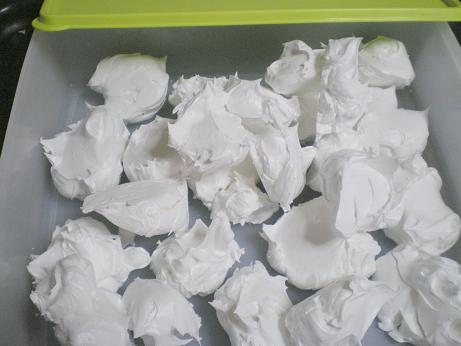 To start with, I made mpezedes early in June, one day when I made another dessert using only egg yolks.   Mpezes, plural Mpezedes are meringue cookies which are very easy to make and can be eaten plain or used as a base for other desserts.  Mpezedes should be crispy outside and soft in the core.

I still got some in an airtight container as they can be preserved for a very long time. 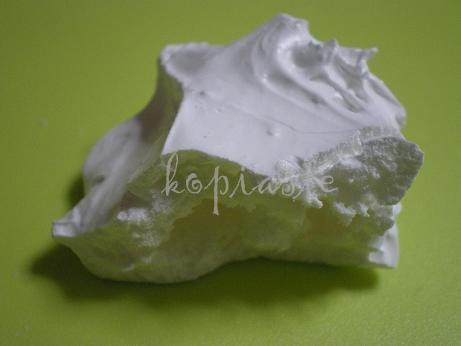 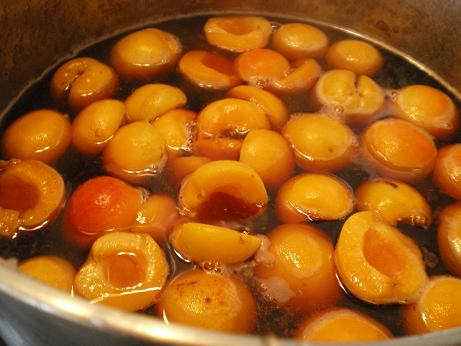 I hate to waste food, so when I decided to make this compote instead of making a new syrup, I used the leftover syrup I had from the cherry spoon sweet.  This year I made Cherry Spoon Sweet twice, so I had a lot of leftover syrup after eating the cherries.  I just added some more water as I didn’t want the syrup to be too sweet and then continued as in the recipe I am giving you below.

The apricots  were delicious, not too sweet and perfect to eat only as a compote, or in a jelly or as a light dessert with yoghurt or with a panna cotta.

This dessert is so easy to make there is no need to give a recipe.  Whenever the children want to eat dessert they take some mpezedes, add some yoghurt (or ice cream) and spoon sweet or compote and they prepare their own dessert.

In this recipe I did the same.  I just whipped some cream and using a mpezes and some compote, I prepared a very light dessert. 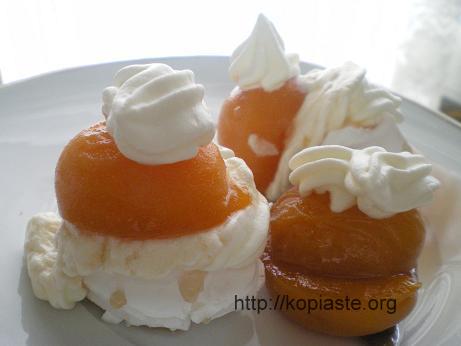 This picture goes to Jai and Bee, of Jugalbandi for the Click Event:  Bi-Colour.  The pictures are still with my old camera as I have not found time to read the manual yet 🙂 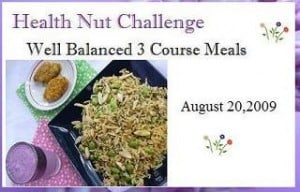 I am also sending this recipe to Yasmeen of Health Nut, as part II of her Event Well Balanced 3 Course Meals.  See part I here.

Mmmmm, sweet/sour apricots with a sweet/lemony meringue base. This looks amazing!!!

Ivy, hello. Your "light" dessert looks divine. Those peaches jump out at you from the computer. You are such a great cook.

You must still have apricots in season and you just had to satisfy your sweet tooth with sugar and eggs, eh? lol

they look so gorgeous..yummy compote recipe with apricots..