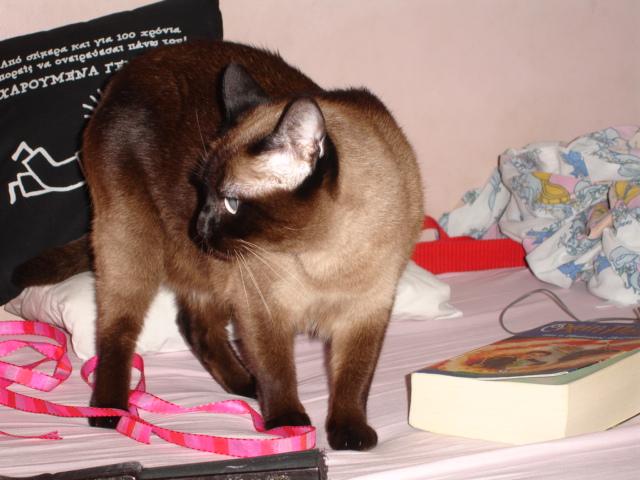 Wow, these past few days were like hell.  First of all my cat is not well.   She has not been eating lately and we took her to the vet.  He ran some tests and she had a tumour, which was removed.  Thank God it did not spread to other organs.  However, she also has some problems with her kidneys and a blood infection which they are working on. 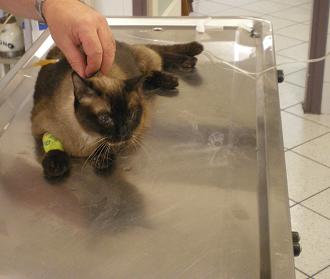 Siamese cats are not very friendly so she is not co-operating with the doctors and they had to sedate her a few times but do not want to do this all the time.   They have asked us to go to the clinic and help calm her down.  She was always very selective with what she ate and now that they put her on a special diet she is still not eating at all.  She is of course, getting food from the vein and today we gave her some of her favourite food but still she didn’t eat that either. 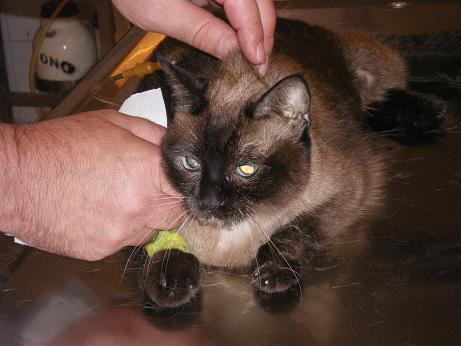 We are praying that she gets well.

As if that was not enough, yesterday afternoon I discovered that my account was suspended and none of my sites were operating.  I exchanged several conversations with my host which is BLUE HOST and I think most of the times they didn’t know what they were talking about.   One of them told me that I was hacked and they could restore the sites but could not guarantee about the content.

My son went back to Switzerland on Thursday and I e-mailed him explaining what happened but he was out and when he woke up this morning he looked into to problem.  It seems that a plug-in I installed lately was consuming too much cpu, so that’s why they suspended the account.  He told me to remove the plug-in and when I communicated again and told them that I removed it, they immediately restored the problem!!!!

Wow, it’s been horrible not being able to have my site and I even missed the hundreds of spam messages I get every day.

I shall rest for a while and maybe later today I shall prepare a post and visit all of you.

I really missued you all.

Thank you so much Parita, City Girl and Pixen. Pixen, my cat would not touch anything else except her cat food. I am glad you finally managed it here as lots of my friends are having problems to visit due to Internet Explorer. Yes that is a Harry Potter book. My daughter is a big fan of Harry Potter and has read all the books, not once but many times.

Goshhhhh Ivy... what are all this mess! So sorry to learnt all that. I wished your cat get well soon. I didn't know you have cat.. :-) Yes, Siamese cat are quite difficult to handle. My mom's friend owned 2 of them and they love to steal fish from the kitchen top whenever they have the opportunity. I will try to find one when my kid's older enough to handle cat.

Also, I'm glad your site is now working :-) I'd been trying to view it for sometime.

BTW, in the first picture of Lisa, is that Harry Porter book? :-D

Oh Ivy -I am so sorry about your week!! I am glad your cat is doing better. Send get well wishes :)

Your cat is adorable, i wish her well and hope she bounces back soon :)

Thank you so much everybody for your concern about Lisa. Angie, to answer your question, she would usually eat wet food in the morning and whenever she felt hungry there was always a bowl of dry food she would eat.