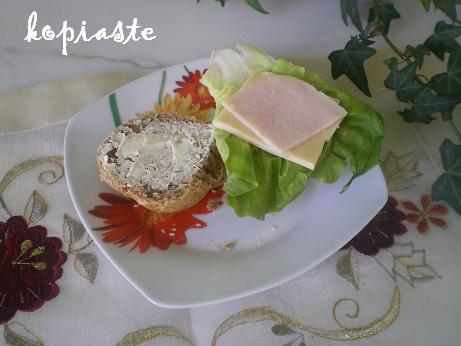 Aparna, of My Diverse Kitchen, has tagged me several days ago, to bake bread for The Worldwide Blogger Bake-Off Challenge. Like Aparna, I also enjoy baking bread and I also chose to make a different kind of bread rolls, with whole wheat flour.

Breadline Africa is a charity based in South Africa and works towards ending poverty in Africa by helping communities achieve long-term self-sustainability.
Breadline Africa was founded in 1993 by a group of community and social workers in South Africa and like-minded colleagues in Europe. Together they have raised funds in Europe and identified small, ground-level projects in Africa that are most likely to succeed with a financial boost.

On Blog Action Day, Breadline Africa launched their Worldwide Blogger Bake-Off campaign. The aim is to raise $1 million in funds for a project to convert shipping containers into locations for food production and distribution in Africa. It is hoped that these sustainable community kitchens will not only provide food such as bread and soup to those in need, but also opportunities for skills development within poor communities.

If you would like to join The Blogger Bake-Off, details can be found at their site. These are some of the ways in which you could be a part of the campaign.

* Join the campaign.
* Submit your bread baking recipe.
* Make a donation to Breadline Africa.
* Vote for your favourite recipe.
* Bake a loaf of bread and blog about it.
* Bake many loaves of bread and host a bake sale.

Bloggers who would like to bake for this cause may use the widget on their blogs and tag 5 other bloggers to Bake Bread, Give Dough and Feed Africa.
I would like to invite the following blogger-friends who are all experts in baking and hope that they will join us to bake some bread. 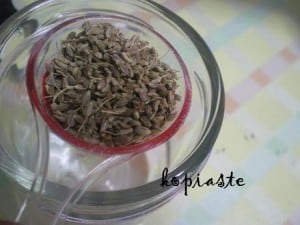 Add lukewarm water and mix with your hand until the dough does not stick on the bowl and on your hand. Add sesame seeds and sultana raisins and knead for a couple of minutes. 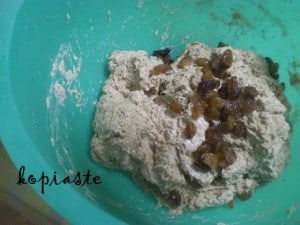 That’s were the other + ½ cup of flour may be handy. If it still sticks on your hands keep adding from the +1/2 cup of flour until it is ready. 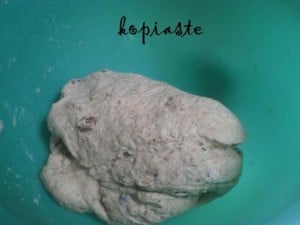 Cover with a clean napkin and place the trays somewhere warm for an hour until it doubles in volume. 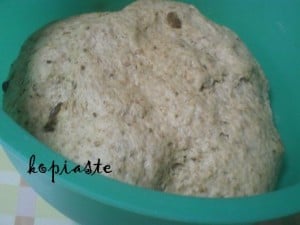 Mix the dough again and knead for a couple of minutes and make a long cord which cut into two pieces. Then make each one into a thinner cord and cut each one into six pieces. 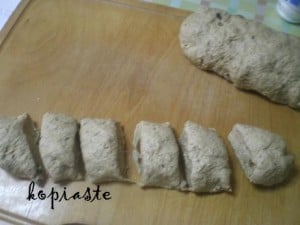 Form each piece into a round ball. Brush the muffin tins with olive oil and put the dough in and then turn it over so that it is oiled and sprinkle with sesame seeds. 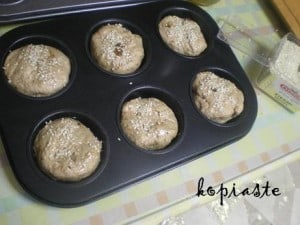 Cover again with a clean cloth or tea towel and place the trays somewhere warm for an hour until it doubles in volume. 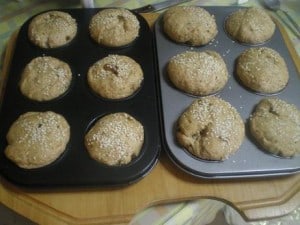 Once the bread has doubled in size remove the cloth and place both muffin tins straight into an oven pre-heated to 180 degrees C. 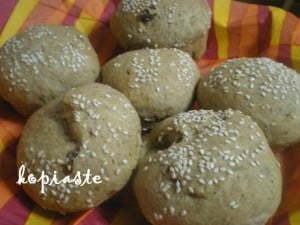 Reduce heat to 160 degrees and bake, about 30 minutes, depending on your oven, until the top becomes dark and golden and then turn over. They will not fit in the tin but just let them dry for another ten minutes. Serve when they are still warm. 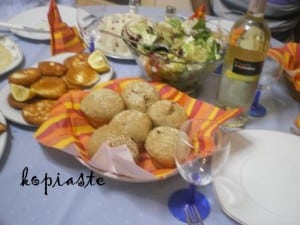 The rolls were flaky and the taste of anise was not very noticeable. The sultana I added was not much and there were just one or two in each bread which were lovely with that sweet bite.

How about some for breakfast? 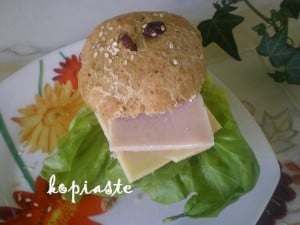 I am also submitting this recipe to Manuela, of Baking History, who is hosting this month’s Think Spice, Think Anise, created by Sunita, of Sunita’s World.

Hi Ivy, I have baked bread for this great cause via Deeba and Val also tagged me last week too, but I am very happy to bake bread again for such a worthy cause :)

Your rolls look delish Ivy and a great bake for this cause!

These wheat rolls look so good and healthy. That sandwich looks like delicious, I'm starving ;)

Thes elook delicious Ivy - I love sultana buns, and I am sure these little rolls would be very similar. Thanks also for tagging me - I have baked my bread and will post about it soon.

Anise bread sounds fragrant...mmm... would be great to be spread with marmalade. YUM!

Another great cause. I love the idea of these rolls with sulatans and anise seeds.