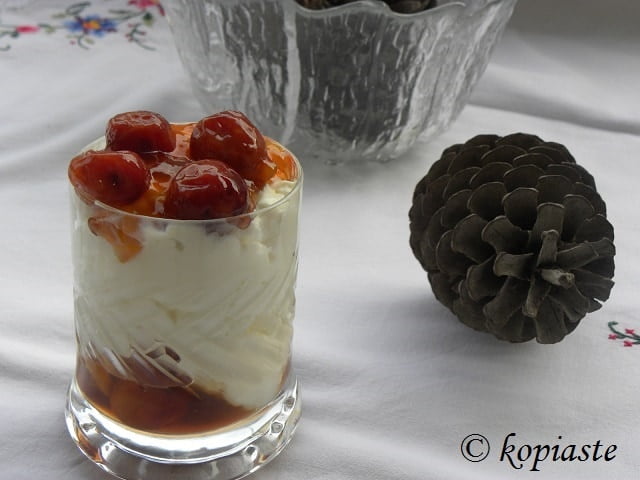 Panna Cotta is an Italian dessert made with heavy cream. “Panna” means cream and  and “cotta” means cooked.  In panna cotta heavy cream is sweetened with sugar and thickened with gelatine.

A dessert such as Panna Cotta with heavy cream is surely delicious and very easy to make.  However, it is loaded with calories, as any other dessert.

In my  new cookbook apart from most of the Greek traditional recipes, I have added the recipes I was cooking while I was on diet in 2011, when I lost 18 kilos in 6 months.  Although in my cookbook I have not included the traditional Greek desserts, as that would need a new cookbook by itself, however, I have included a chapter with some desserts I have made over the years which are suitable either as a snack between meals or much lighter in calories.

Desserts are not excluded from the Mediterranean Diet, provided they are consumed in moderation.  This is the reason why they are on the top of the Pyramid.  This means that if you wish to lose weight, you are allowed to eat a dessert once in a while.  If it is a full fat dessert, you will have to try to have portion control and not go overboard.  You can either choose to eat a couple of tablespoons of a rich panna cotta or eat a filling dessert which is much healthier and with half the calories.

In this recipe which I made yesterday, I have used heavy cream and Greek yoghurt with 2% fat.  The cream is sweetened with honey which is a much healthier choice, which also adds flavour to the cream.  I don’t know a lot of people who don’t like Greek yoghurt with fruit and honey!

To make the dessert I used fresh cherries, which I froze during the summer.  I could have used Sour Cherry Spoon Sweet to serve on top of the panna cotta but since I had the fresh cherries, I made a light compote which I gelled.  If cherries are sweet, a very small amount of sugar is necessary to make a light syrup and some gelatine leaves to make the jelly.  If you want the syrup sweeter you can add some stevia.  If the jelly is left at room temperature, it will not gel completely, so it can be easily added on top.  Instead of cherry compote you can prepare a compote with other seasonal fruit, such as quince, apples, pears etc., or if you are living in the Southern hemishpere strawberries, apricots etc. 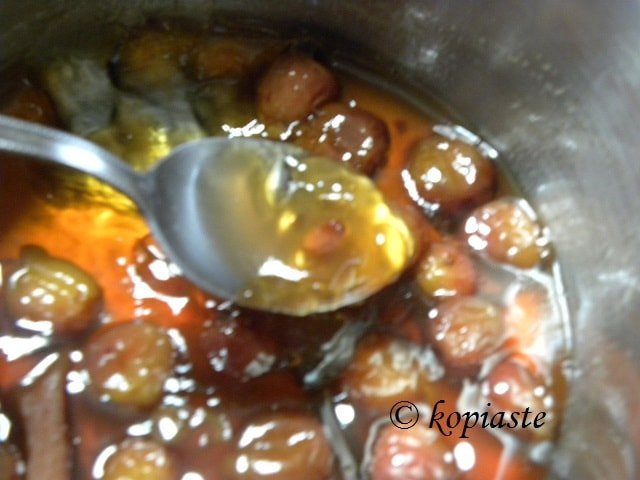 In order to speed up the procedure of gelling, you can put your glasses with the first amount of fruit, in a pyrex and fill it with ice cubes or cold water and refrigerate. 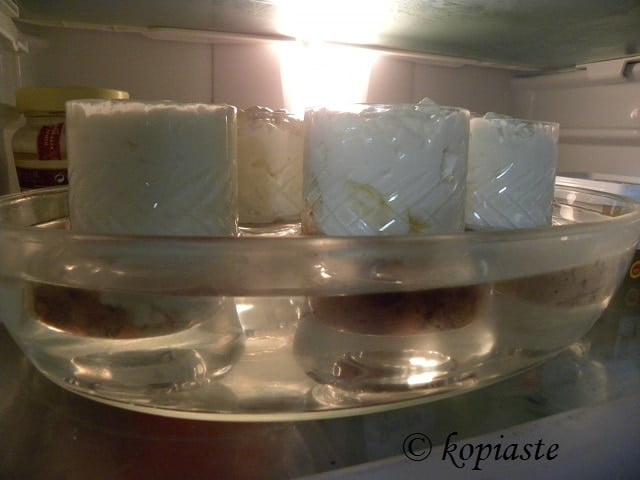 In the cookbook I have a lot of of information on how to preserve vegetables and fruit.  This way you can enjoy fruit and vegetables during the seasons they are not available but also know that your food is all natural with no preservatives in them and it’s much cheaper than buying canned food.

I give you both the full-fat and low-fat versions of this dessert and this is up to you to decide which one you prefer to make. 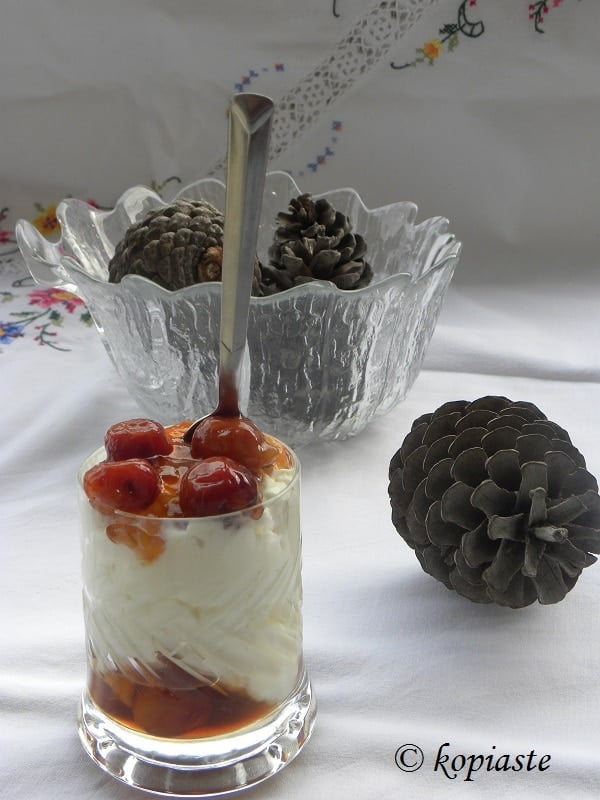 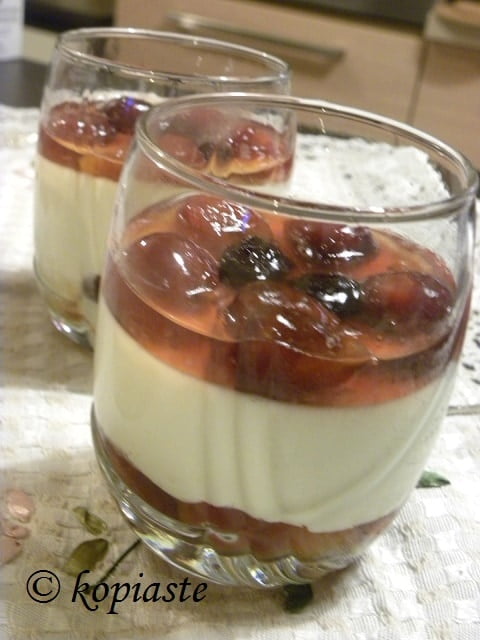 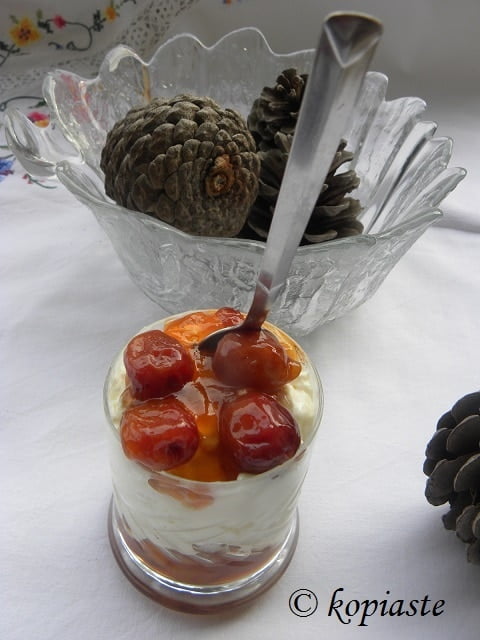 In my new cookbook “More Than A Greek Salad”, I have included a low-fat panna cotta recipe which I made with light cream, yoghurt and cream cheese.

Definitely on my to-do-list! Your panna cottas look wonderful :) ela

loving this cherry gelly so much...ummmm! :-)

Heavenly! This a delightful dessert.