In Memory of Rosie (Awareness for heart diseases) round-up 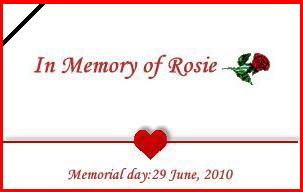 Today it’s been forty days without Dear Jules, aka Rosie of Baking Cakes Galore, who left us quite unexpectedly of heart attack. This event was created to honour Jules but also to bring awareness about heart diseases and the best cure is to know what causes it and how to prevent it.

As much as I hate repeating myself, I am going to tell you not only to look after your own health, but since WE are responsible for putting food on the plate to feed our families we should think twice of what to eat and what not to eat.

According to Mayo Clinic, heart disease may be the leading cause of death for both men and women, but that doesn’t mean you have to accept it as your fate. Although you lack the power to change some risk factors — such as family history or age — there are some key heart disease prevention steps you can take.

What Is Coronary Artery Disease?

Coronary artery disease (CAD), also called coronary heart disease, is a condition in which plaque (plak) builds up inside the coronary arteries. These arteries supply your heart muscle with oxygen-rich blood.

Plaque is made up of fat, cholesterol (ko-LES-ter-ol), calcium, and other substances found in the blood. When plaque builds up in the arteries, the condition is called atherosclerosis (ATH-er-o-skler-O-sis).

What Causes a Heart Attack?

Most heart attacks occur as a result of coronary artery disease (CAD). CAD is the buildup over time of a material called plaque on the inner walls of the coronary arteries. Eventually, a section of plaque can break open, causing a blood clot to form at the site. A heart attack occurs if the clot becomes large enough to cut off most or all of the blood flow through the artery.

Just a few of her many friends have joined today this event, to share our healthy recipes and to say our farewell to Jules.

Priya of Priya’s Easy N Tasty Recipes, participates by making a Tabbouleh Salad, even healthier than it originally is by using quinoa instead of bulgur. 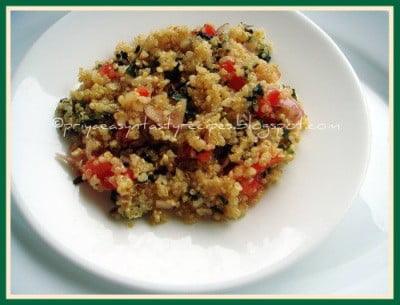 We get hooked to some of our foodie bloggers eventhough we doesnt know them personally, i always admire some of my fellow bloggers for their patience, cooking style and photography.. One among those foodies was Rosie of Baking Cakes Galore who bakes and cooks many beautiful dishes also a co author of Sweet & Simple Bakes who suddenly passed away coz of heart attack in the month of May, still i cant believe that she went far away from us, she was such a beautiful person and its kinda hard for me to write about her. 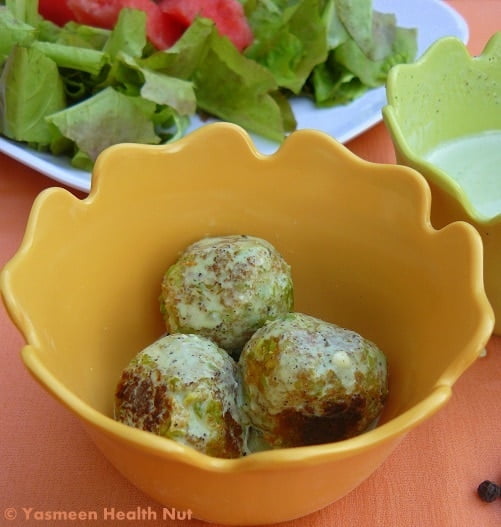 The old recipe is relatively low in fat from the full fat beef meat balls, but if one is totally avoiding red meat due to a heart condition then the soy meat balls are the best substitute.

My heart goes out for Rosie.Though I did not know her, I could tell from the post, you were deeply touched by her departure. May her soul rest in peace.

Brii, of Briiblog in English, is participating with a Bread Cake. 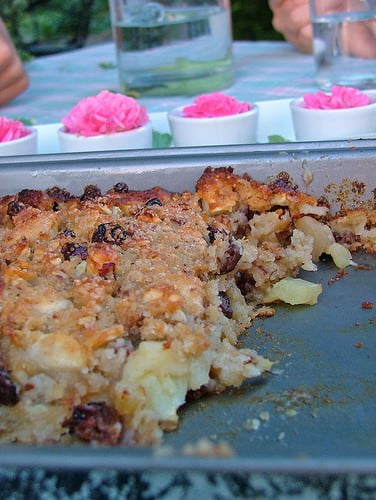 Brii had to change the way of baking her cakes after her daughter Helena was found allergic to white sugar,
yeast and lots of other ingredients, 5 years ago.

Brii says:
Rosie, was among the first non Italian bloggers I known.

She, Susan at Wild Yeast and Zorra at 1x umrühren bitte actually I never managed to learn name of her blog ” Baking Cakes Galore” for me she was, will always be Rosie from “rosie makes a “peace” of cake”. I loved that name of her blog and she was my very very first host of an event: putting up

I was so nervous, I sent her 4 recipes I was blogging since 5 months so everything was so new, almost complicated.

Rosie was so sweet, she emailed me and together we decided which recipe to put.

Since then now and then I stopped by at her blog, smiling over all those sweet things she baked.

She was a lovely person. Will miss you Rosie.

Rosabella, of Cooking with Rosie, has made a healthier version of her mom’s Melanzane in Carrozza alla Calabreze, by baking them instead of frying them. 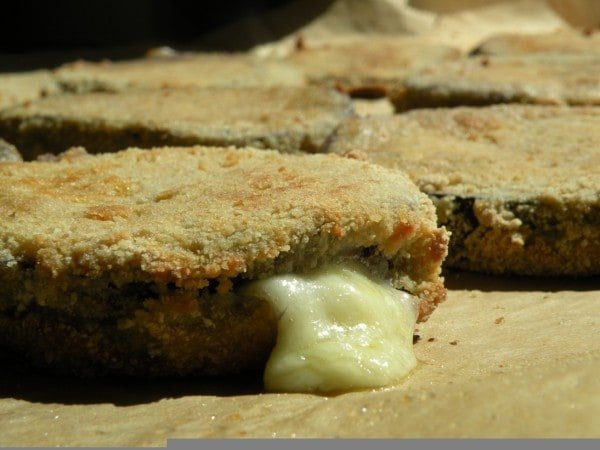 I did not know Rosie well but she has touched so many bloggers and readers with her recipes, but more importantly, her friendship. She will be missed by many.

Swathi, of Zesty South Indian Kitchen, has made some Chapathi making them extra healthy using Avocado.  Swathi is now cooking healthier after some members of her dad having high blood pressure, her mom died of cardiac arrest and her husband also being diabetic. 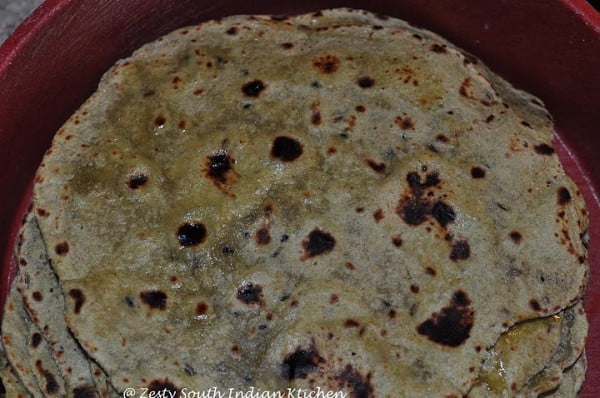 Swathi did not know Rosie, but because of her mom also died of heart arrest, she wanted to participate.

Radhika, of Food for 7  Stages of Life, has changed her life style  and is now following the South Beach Diet, with a goal to lose another 15 pounds.  Radihka has baked some Avocado fries, which are very healthy. 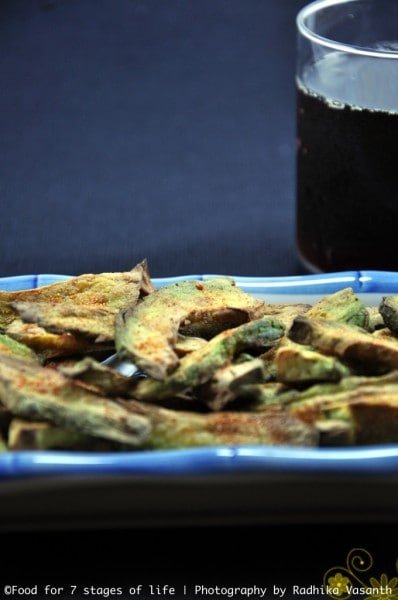 Simona, of Alison’s Trials, is participating from Romania with a Carpaccio with Zucchini, Tomatoes and feta. 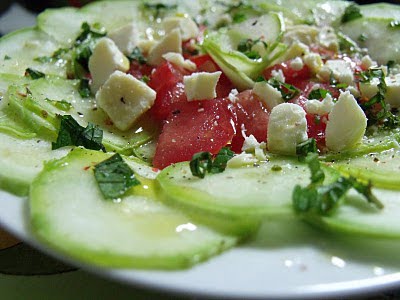 Although Simona did not know Rosie personally, she is also participating to help bring awareness about heart diseases and following a healthy lifestyle.

Natalia, of Gatti, Fili e Farina, from Rome, has made a former recipe for Piece Montee in a much healthier way by making the profiteroles by using organic sunflower oil, instead of butter and less eggs.

This is what Natalia says:

I never met Rosie but I feel that I did, only from the contacts we had thanks to internet.She was so kind and nice to everybody that I was very sorry to hear she was unwell and I couldn’t even imagine it could be true she was not with us any longer.

Finally I am participating with a No Guilt Apricot Cheesecake.

I am following the Mediterranean Diet. For those of you who are not familiar with this diet, this is the diet followed by the countries of Southern Europe, but I am writing about the Greek Mediterranean diet, with emphasis to the Cretan diet.

The Mediterranean Diet, as it is called, actually is not a diet but it is a lifelong living style, the one our parents used to follow, without being aware of its benefits.

Numerous scientific studies have shown that the Mediterranean diet protects against cardiovascular disease, diabetes and many other chronic diseases, while providing for loss and weight maintenance and good metabolic function.

For this reason I am revisiting my older recipes and making them much healthier. 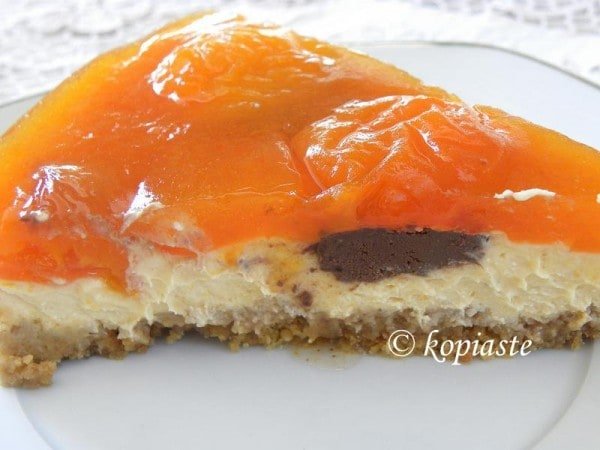 I met Rosie in the early stages of Blogging and her blog was then called Rosie Bakes a “Peace” of Cake. She was a good hearted, caring and loving person, always having some kind words for everyone. We bonded as the years passed and did all the stuff us bloggers do: we exchanged visits, left comments, exchanged Awards of friendship, participated at each others’ events, cook their recipes and some times we even get to meet each other. Unfortunately, I did not have the honour to meet Jules personally but still we became quite close.

I wish I had an e-mail to contact her family to let them know about all the kind words you have expressed about Jules. I think that would comfort them knowing that there are people who have been touched by her kindness.

Goodbye Dear Rosie, we will never forget you and you will be greatly missed..

These recipes were a very wonderful tribute to a person that will obviously be terribly missed. Maybe...this will go a long way towards foodies making small changes in their cooking and baking habits.

Thanks for the roundup Ivy - a lovely tribute to Rosie. Sorry I didn't get time to participate - my life is a mad circus of moving, writing (a legal textbook, not a cookbook!), working and keeping up with TWD and Daring Bakers.

Cake, no need to apologize.

This was a very sweet round-up and dedication to your dear friend Rosie. I'm sorry I didn't get a post up in time - this month flew by too fast. I do want you to know that you inspired me to eat healthier. I have been eating smaller portions, healthier foods, and exercising every day. So much so that I've lost 19 pounds in the past 4-5 weeks. Thank you for inspiring all of us Ivy!!

Thank you Reeni, I am very glad to hear this. We can still eat well and look after ourselves.

What a lovely tribute. And, so much great-looking food here! My recent post Whole Wheat Sourdough Rolls with Blueberries and Raspberries