Unfortunately all good things end soon and this was the last day of our trip.

As a Foodie I could not resist going into a Supermarket, which was next door to the hotel.

I had visited it the very first day of our visit and spotted a few things I wanted to bring along. 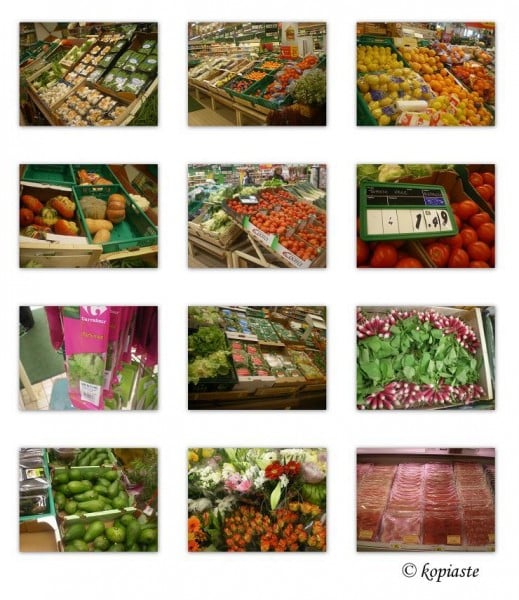 So on Tuesday, early in the morning we went again to the supermarket and bought a lot of things which were new to me such as: red potatoes, chorizo, framboize preserves, lots of Swiss chocolates, Gruyere cheese, fruit syrup, wines, harissa pepper, a French salad dressing with herbs, cakes and biscuits and a couple of other things which were not to eat. My only regret was that on the first day there was lot of fresh coriander and that morning I found only the last package which was only 11 gr. 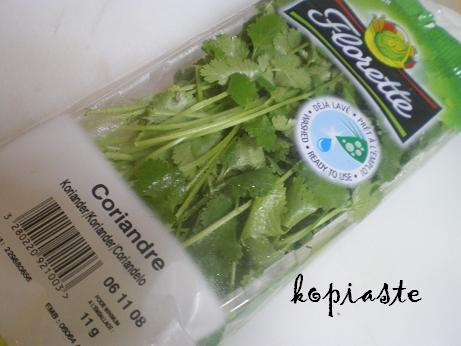 After our shopping we took the bus to Geneva.

We had planned to visit the Historical Museum but asking for instructions we were sent to the Museum of Natural History, on the same street but before the other museum we wanted to visit. 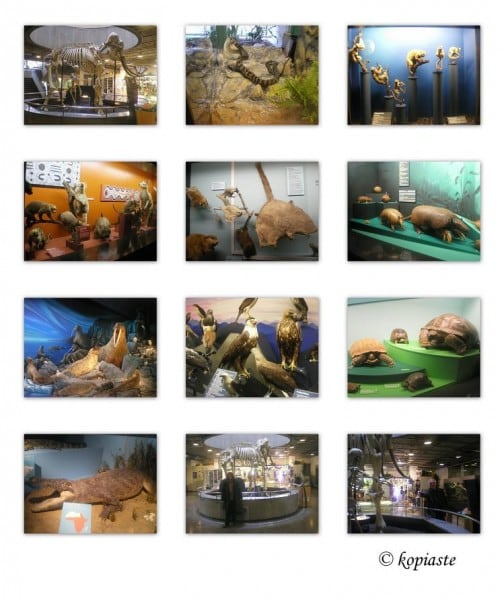 It would be a paradise for children but we had a quick look at the exhibitions and we did not have time to visit the other museum as we still had a lot of shopping to do. We went to a place we saw in the map called Rue de la Market, so I secretly wished that we could find a lovely flea market but instead of that we were in the most “or I think the most” expensive fashion street of Geneva with all the expensive Designer shops such as GUCCI, VALENTINO, ARMANI, etc.

We finally ended in a shop which was quite “cheap” and bought some presents to bring along.

I had fun trying lots of hats on!! 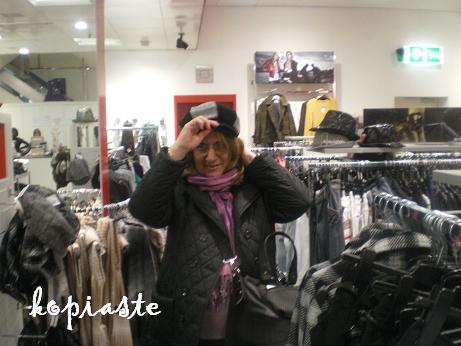 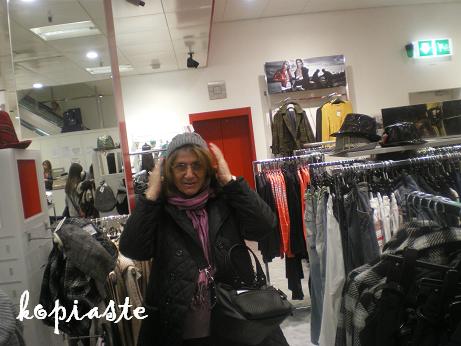 After shopping we went for lunch and after that we had an appointment to meet “SOMEONE” at 14:00 hours, so we went to a place, nearby to where we thought we would meet our friend.

We had plenty of time and we had a lovely lunch again and some lovely wine.

At 13:45 we leisurely walked to our rendez-vous point of meeting, which was near a Shoe shop, next to McDonald’s. We were there at 13:55 and I saw a lady standing there and waiting and I looked at her waiting for a reaction but unfortunately there was no reaction. I looked for the shoe shop and I could not see any such shop there so I asked a man if there wan another McDonald’s nearby. He said that there was one on the other side of the river and he gave us directions. It was already 14:00 hours and we had a lot of walking to do to reach to the other side, plus we had to look for our rendez-vous point. We were running like mad, stopping and asking for directions again. A man was going towards that direction so he said “just follow me” and said “that is not a very good choice of restaurant to eat in” and I had to explain that we were just meeting a friend there and he went on asking me a lot of questions trying to find out more about me… while I was worrying that my friend might have left by now.

And there she was… I recognized her immediately. Tall, with very long hair and beautiful.

We hugged and kissed and she was so kind to be so patient and wait for us, as we were already 15 minutes late. 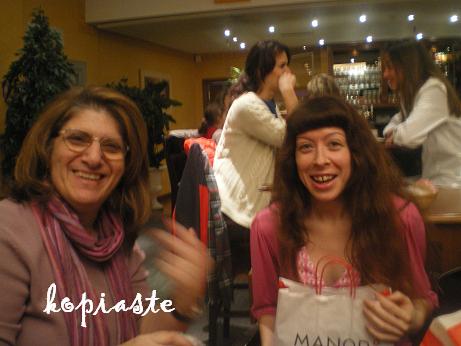 She said that she would wait until 14:30, not to mention that it was also raining. 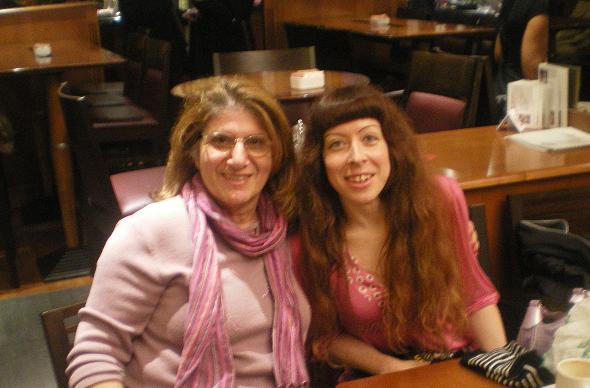 I am sure that you all recognize Rosa, of Rosa’s Yum, Yums. There she is holding a bag full of gifts for me. Homemade blondies, homemade pumpkin jam and a Swiss chocolate.

We found a cafe nearby and talked for a couple of hours. What could two Foodies be talking about? I think you know the answer.

I wanted to find out about some local things to eat and Rosa asked us if we wanted to visit a supermarket where she could show us a few things.

We visited this store and one floor was all with chocolates. If we were alone we wouldn’t know what to chose. No way that I would chose Cinnamon and Coriander chocolate that Rosa suggested, but it was fantastic, one of the best I ever tried. We chose a few other different kinds of chocolates and then went to the food store, below. Rosa showed us different kinds of Swiss sausages and I bought a Saucisson Vaudois and a local kind of pasta called spätzlis.

I shall leave you with the recipe I made with the sausage and pasta, directions given by Rosa: 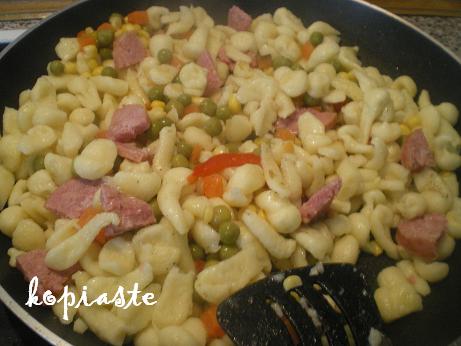 For the Saucisson Vaudois, you have to put it in a pan, cover it with cold water and bring it to the boil, then turn the temperature down and let it simmer (lowest temperature) for about 30-40 minutes. Drain the water and then cut the sausage in slices…

(What I did is that I added some frozen vegetables together with the saucisson. What I forgot to ask Rosa was if I had to remove the skin of the sausage, which I did).

For the spätzlis, you either put them in a frying pan with butter and let them cook until heated through or boil some water, add them to the boiling water and cook for no longer than 2-3 minutes, then drain the water and add a little butter.

(and I boiled the pasta for 2 minutes in the water I had cooked the saucisson in, then I drained them and put them in the frying pan with butter).

In the evening we made some omelet with onion, mushrooms and bell peppers and harissa pepper and put some saucisson in and both recipes were delicious. 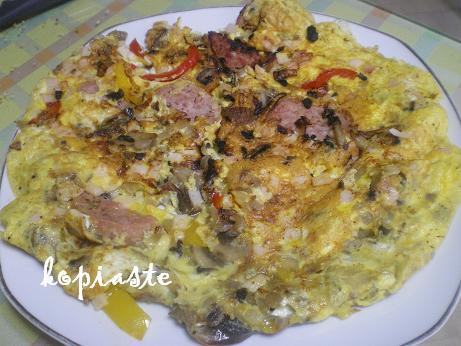 Pity we did not have more time to get to know each other better, or even cook together, but who knows, maybe Rosa will come to Athens and visit us.

Fun! I love reading about blogger meet-ups. Thanks for the great review of your trip!

And a great surprise! How nice to meet a friendly face in a foreign land... especially when they know where all the good foodie shops are! :-) Thanks Ivy, for an entertaining series of posts about your travels in Switzerland and France and meeting up with Rosa.

How lovely Ivy to meet Rosa and pleased you had a wonderful holiday sweetie :D

Oh, it looks like you had such a wonderful time! Thanks for sharing! Also, I have an award waiting for you today on my blog. :D

+Jessie a.k.a. The Hungry Mouse

Wonderful pics of 2 foodies together.Its nice to know the trip turned to be a very memorable one:)