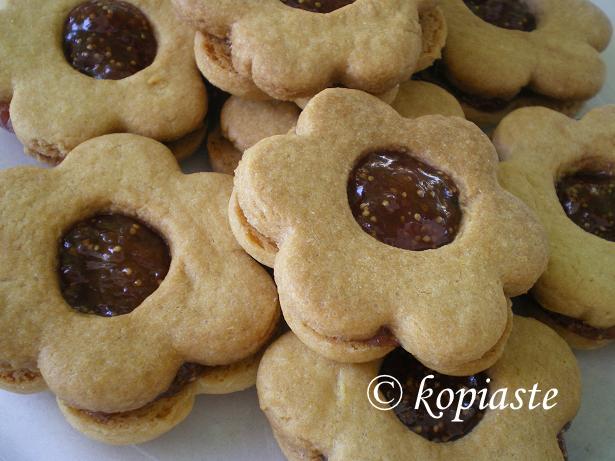 When I made the fig jam at the beginning of this month, I began thinking what to do with it. I remembered when I was still in Cyprus (that’s 27 years ago) we used to buy some biscuits full of fig jam in them and they were my favourite. I used to eat the whole package by myself. I searched the internet looking for fig biscuits, fig cookies but no luck. Then I saw something about the History of Cookies with the following description:

“Charles Roser won fame for creating the Fig Newton cookies recipe before selling it to Nabisco”.

I then started looking for Fig Newton recipes and finally decided to make this one. I followed the recipe exactly as given, but unfortunately the dough broke. I tried to paste some dough on it but it became even worse so I decide to bake it and see what I could make with the remaining. The taste was fantastic but I will have to work on it next year. 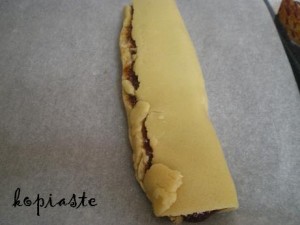 After a quick thought I decided to make biscuits with the remaining dough but I also had doubts if this dough was suitable for biscuits.

I chose a cookie cutter to shape them and half of them I wanted to make a hole in the middle but had nothing to cut them with. Finally I decided that an ouzo lid was just about the size I needed to do the job 😛 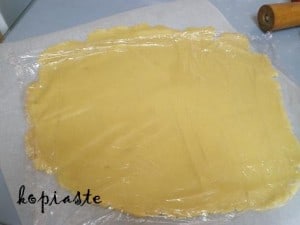 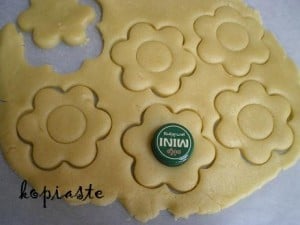 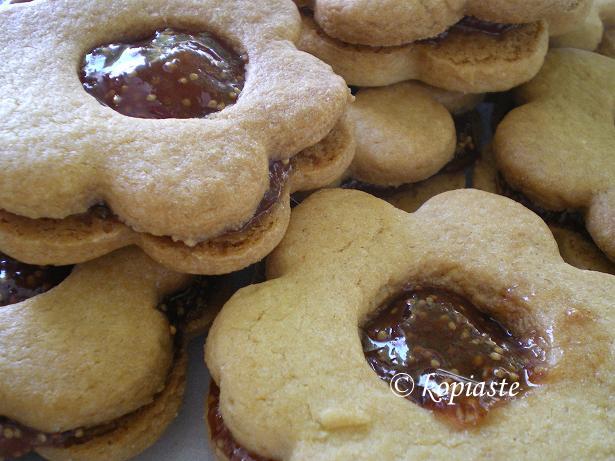 The Italian word for biscuits is biscotti and when I saw the event at the Great Cooks Community, September 2008 – Biscotti Bake Off, I planed to submit them for the event. However, it seems that the word biscotti in North America means something totally different from what we in Europe mean and still I am not sure about the difference between biscuits, biscotti, cookies and scones. I think I understood what biscotti is and I will be preparing another recipe for that event.

However, I am submitting this song to Elly, of Elly says Opa, who is hosting the event Eat to the Beat, with The biscuit song 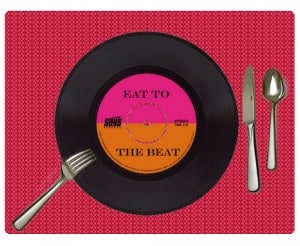 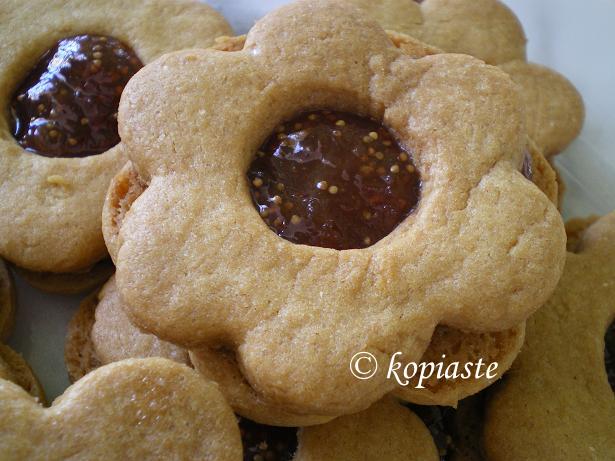 I made these delicious cookies yesterday since I knew I would be having guests over although I did not use homemade jam but store bought ; next time I will try also your jam recipe! Everyone loved them!

YUM! These look great! I love cookies made with jam. Mmmm.

Thanks for the step by step pics, Ivy. These look so gooey-good!

They look more than perfect!