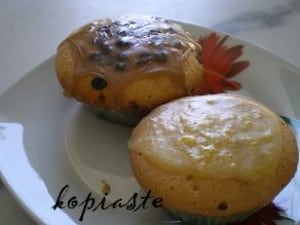 This is one post I will never forget as it involves four of my best friends. Ben , Cake, Pixie and Val (stated alphabetically).

A few weeks ago I bookmarked a recipe from Cakelaw, Cranberry Lemon Cupcakes with passionfruit, which she had made from another friend of hers. Cakelaw was the first we exchanged packages earlier this year followed by Pixie and Nuria and the last (but not least) is my blog sister Val, of More than Burnt Toast. What can I say more about my blog sister, which I have not said before. Val, is such a kind hearted person and a terrific cook and of course you all know that but if there is still someone (which I doubt) who has not as yet visited her blog, they should do so pronto and not only see what a lovely person she is but will drool over her recipes.

Back in June, I commented at Val’s blog regarding her spinach salad with cranberries. (I feel embarrassed all the time having to say that some things are unknown to me because we cannot find them in Greece, except maybe in big supermarkets, which I do not visit often, but whenever we go I make sure to buy nearly everything). 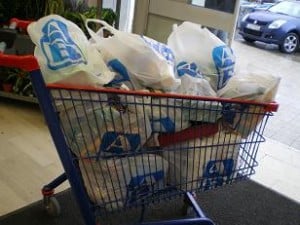 Val immediately sent me an e-mail requesting my address to send me some!!!! That’s what kind of person she is.

Around the end of June we sent our packages and Val got mine during her birthday around the 17th of July. Since then I was waiting to receive mine but as a month passed after Val received hers, I gave up, thinking that during the days we were away the package arrived and it go lost.

A few days ago when I went to a big supermarket I finally found some dried cranberries so I bought some. During the weekend I google searched for a recipe with cranberries and came up with a pound cake which I made and was fantastic (hope to post it soon). Yesterday morning I decided to use the remaining of the cranberries and I remembered Cake’s recipe and started making it. I decided to make double the recipe as 12 cupcakes for 5 grownups is nothing as they would disappear before I could say abra cadabra.

The cranberries were the last ingredient I had to add in and the last minute I decided to make the first batch with chocolate chips which I had in the refrigerator for a very long time and the remaining with the cranberries. (There is no recipe to give, I just sprinkled some on top). 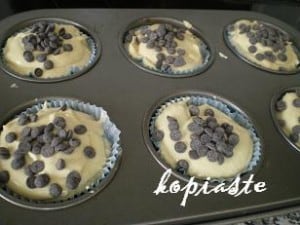 The first batch was in the oven when my husband, returning from shopping, came back with the parcel.

You cannot believe how excited and happy I was.

Here is what Val sent me: A whole package filled with frozen cranberries, a packet of craisins, some waffles, some fruit snacks and a jar of maple butter accompanied by a lovely card. 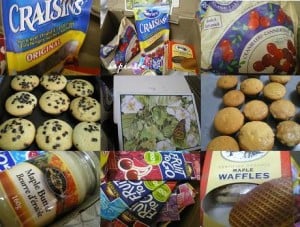 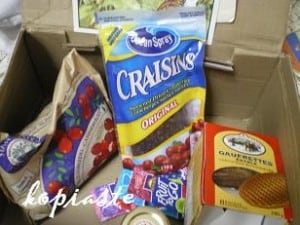 Without hesitation I opened the craisins and added some to the mixture which was still in the mixer. 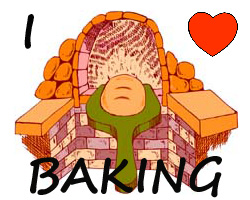 I am sending this recipe to Ben, of What’s Cooking. Ben is from Mexico but lives in the United States. He makes such wonderful Mexican recipes. I must hurry up and submit this recipe to his Forum, for his event, I love baking.

You must be wondering by now regarding the fourth friend.

When I started making the lemon frosting I discovered that I did not have enough icing sugar, so I added what I had and it wasn’t more than half a cup, I added the lemon zest and kept adding lemon juice until the frosting was ready. That wasn’t enough even for the original recipe.

I tried to improvise and make a different frosting and the only thing that came to my mind was that I had just a little maple syrup (1/4 cup) left from what Pixie had sent me. I kept thinking how I could make that into a frosting as I had no icing sugar left. I decided to use cornstarch (1 spoonful) and if it didn’t work, well, it would just be wasted, it wasn’t much anyway. I added the cornstarch to the syrup and stirred it but it wouldn’t dissolve and some lumps had formed. I transferred it into a non stick frying pan through a small Tupperware plastic sieve I have and remembered that I usually have icing sugar in a stainless steal container with a sieve lid on top. There wasn’t more than a spoonful in there so I added that as well and when doubling the dose of the cupcake there was about a spoonful of butter left so I added half of that as well. I stirred the frosting or glazing (don’t know how to call it) with a wooden spatula until it started to boil and thicken. 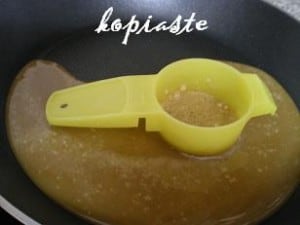 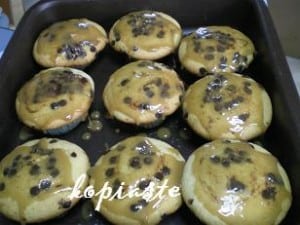 Val, I don’t know how to thank you for all these lovely goodies that we have all enjoyed very much. 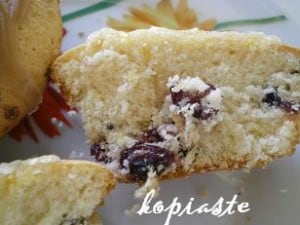 Well at least it arrived safe and sound even the frozen cranberries. I didn't know that there was an event where you can exchange packages, that sounds like a cool. I also like the blogroll update although I had to add the avatars.

Wow - that package took a long time to arrive. At least it got there safe and sound.

These cupcakes sure have some mileage. I have to keep an eye out for that event where you are paired with someone to send local products. Care packages are the best!

I like the updates on your blog. The way the blogs are featured on your blogroll is very neat.

Thanks for your comments and for visiting here as well.

PG, welcome since it's your first visit here and I hope to see you again soon.

Sorry for not visiting frequently, as my brother had come down to visit me. Enjoying every minute with my nephew and he never allows me to sit near my laptop;)

Wow, you're such a lucky lady to have such good blogging friends :)