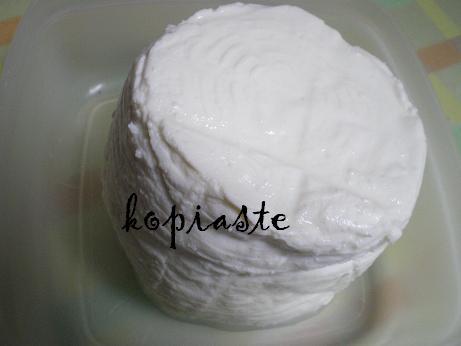 Anthotyros (from the words anthos meaning flower and tyros meaning cheese),  myzithra or anari, which is the Cypriot equivalent, are traditional cheeses which are manufactured from ewe’s milk – and/or goat-milk whey.  After making hard cheeses such as kefalotyri, graviera, halloumi etc., goat or sheep’s milk is added respectively to the whey and these cheeses are produced.  Manouri is made after the manufacturing of feta and is a cheese with more fat content, as heavy cream is added to the whey.

There are two forms of these cheeses.  When fresh they are soft, snow-white, creamy, and granular;   They are usually used as a table cheese, in savory pies (pites) but also in desserts, eaten alone with honey and cinnamon or other desserts, such as tarts, cheesecakes etc.  They go well with fruit such as figs, pears, and apples.