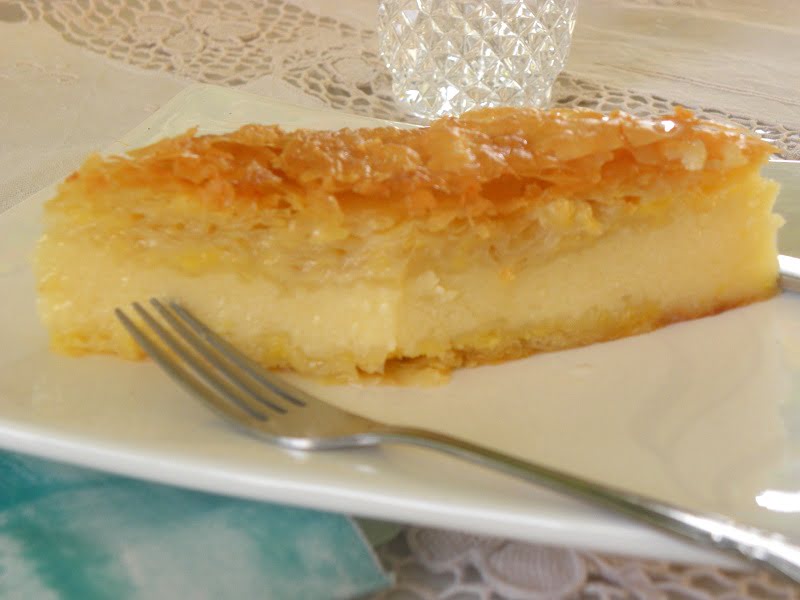 Galaktoboureko, (pr. ga-lahk-to-BOO-reh-koh), also written Galatoboureko, is a traditional Greek dessert, possibly the king of sweets for many in Greece and the one I prefer the most.

It is a semolina custard dessert, baked between phyllo dough, then drenched in a scented syrup when finished.

In the middle there is a custard cream made from semolina, flavoured with vanilla and lemon. 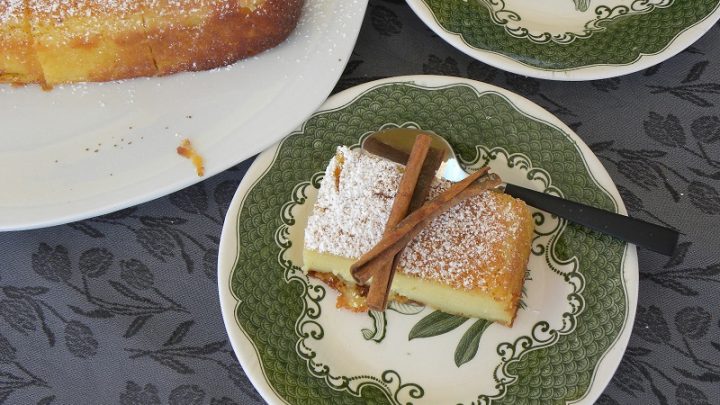