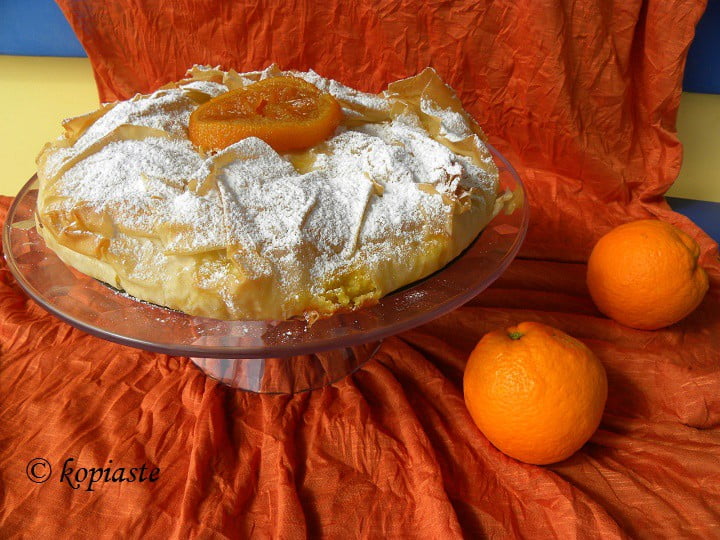 Portokalópita (from portokali = orange and pita = pie) is a traditional Greek sweet pie made with phyllo which encloses an orange pudding.

Although I had heard of this dessert many years ago, I never made it until today.

Since my last post, I’ve already made a second batch of Orange Preserve in slices, as well as Orange Marmalade. Since there were still a lot of oranges left, I decided to give this dessert a try. 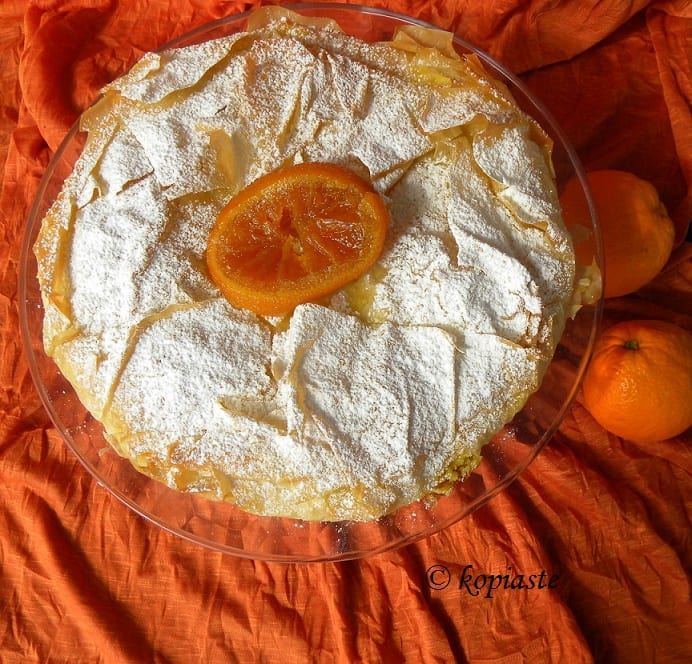 There are many different approaches to the recipe. Some are made without phyllo and some use shredded phyllo in the batter (see my second recipe for Tyropita) and some make it into a cake, with yoghurt and then it is drenched in syrup. I am sure that in the future I will try making some of the other variations. 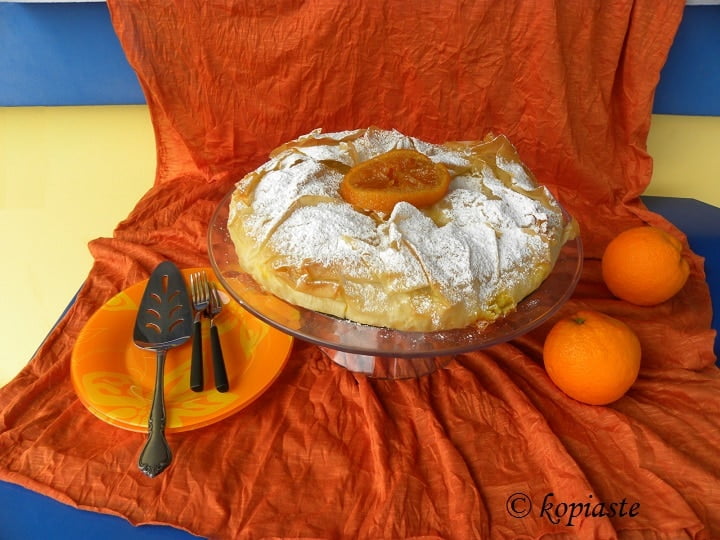 I decided to make the recipe of our Greek Pastry Chef, Stelios Parliaros, with a few changes of my own. 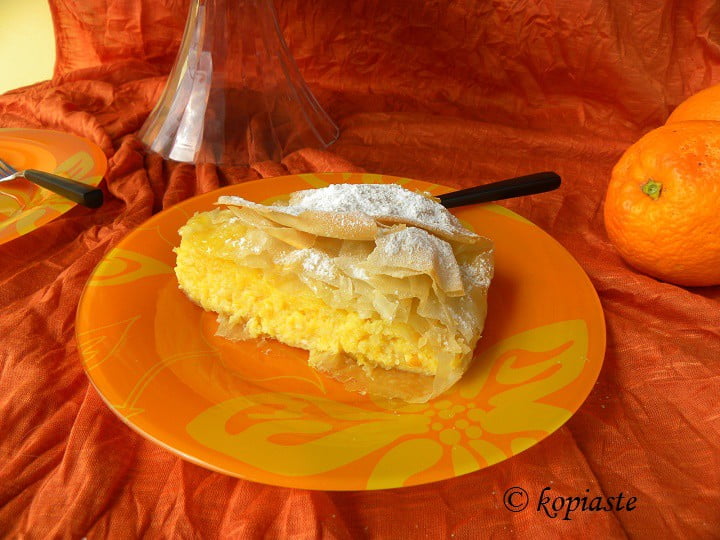 Instead of making it open faced, mine was covered with phyllo. Instead of using the huge amount of butter mentioned in the recipe, I substituted part of the butter with margarine, as I did not have any butter at home, and some of the butter with olive oil. I added less icing sugar and added a few drops of citrus essence in the batter. 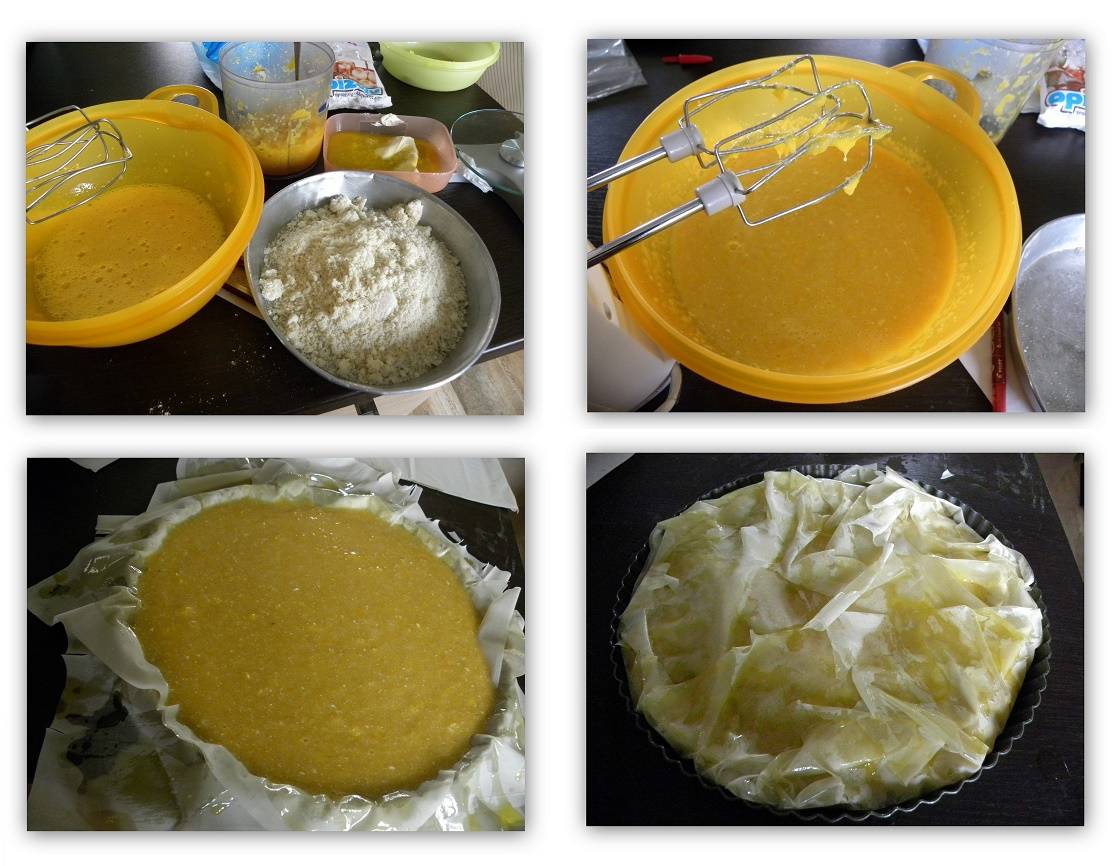 I used a 28 cm tart pan, which I brushed with olive oil. I cut each phyllo 35 x 35 cm. The remaining bits and pieces were lightly oiled and added as another layer in the tart pan. 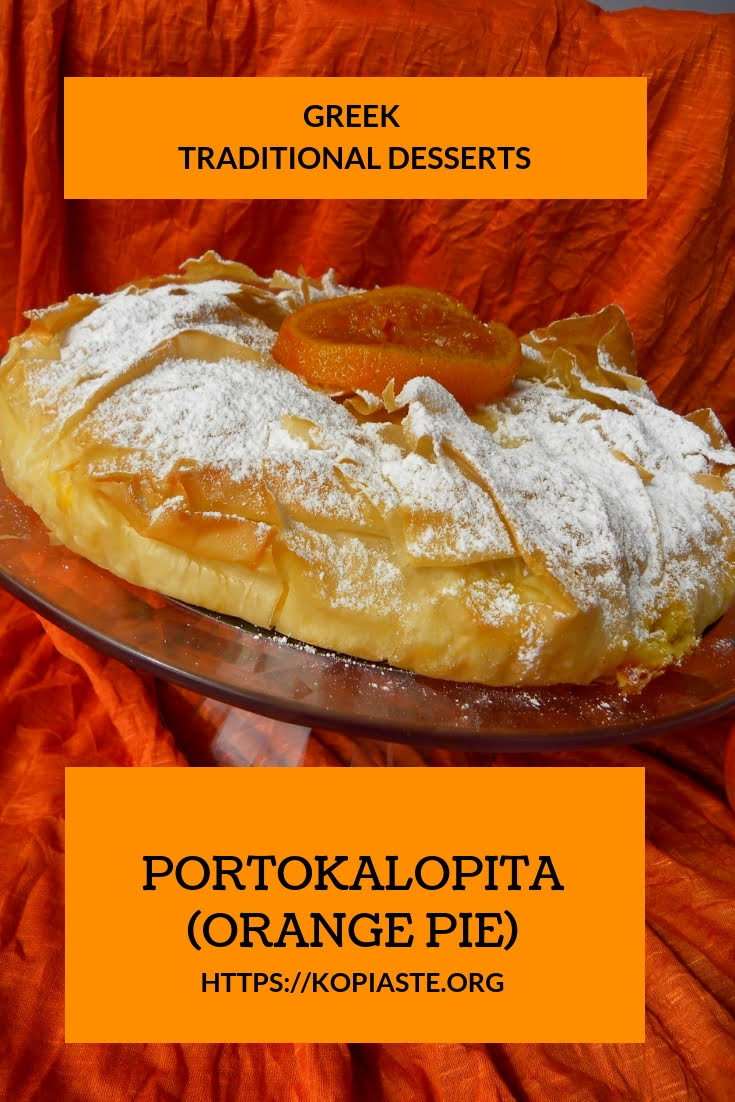