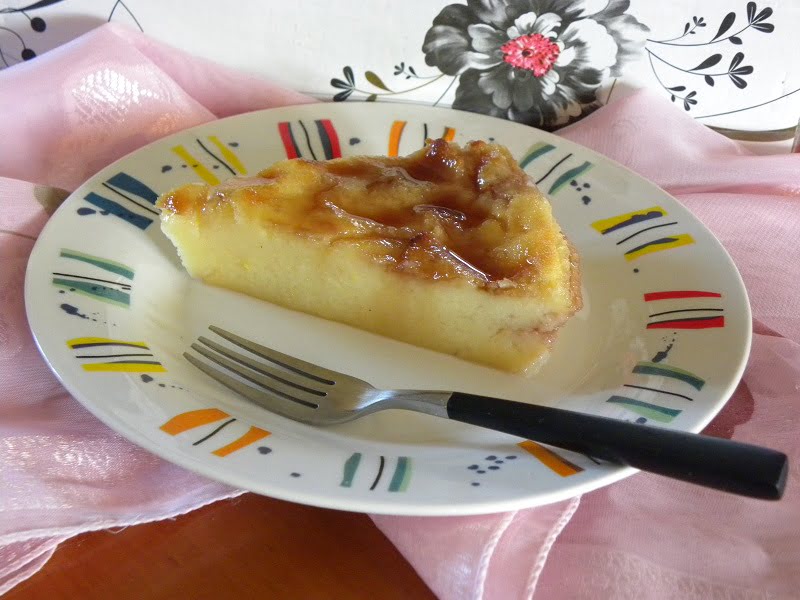 It is a simple semolina milk pudding baked in the oven.  The traditional recipe is made with ewes’ milk but you can make it with any milk you like. 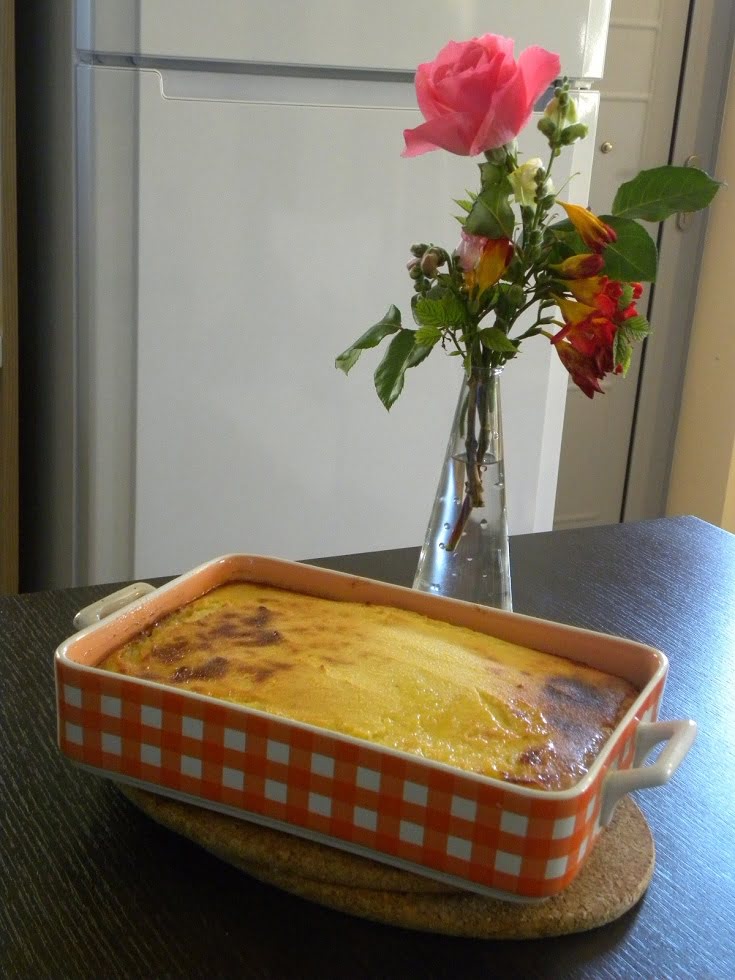 I’ve posted a recipe of Galatopita in the past, using phyllo and adding syrup, but this time I decided to make it more traditional, but still making a few tweaks of my own.

In the first recipe I used sweetened condensed milk.

Living in a small village, I usually keep some ingredients which may prove handy, just in case I need to make something and cannot go to Nafplio to buy the ingredients, on that day.

One of these ingredients is sweetened condensed milk.   This milk is rich and thick and when we were kids and wanted to eat something sweet, we would put some butter on a slice of bread and top it with condensed milk! 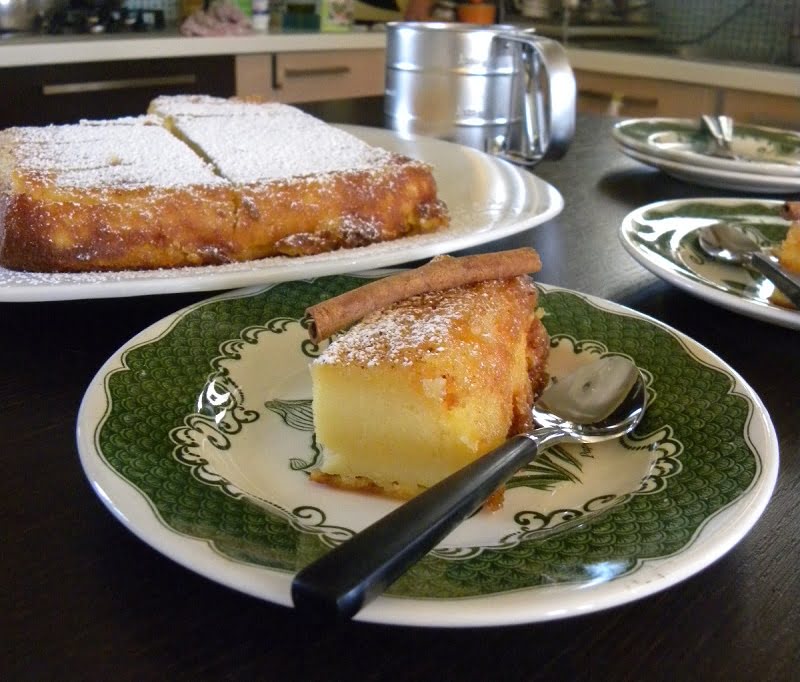 This milk is great in puddings as it also adds a slightly caramelized flavour when baked. 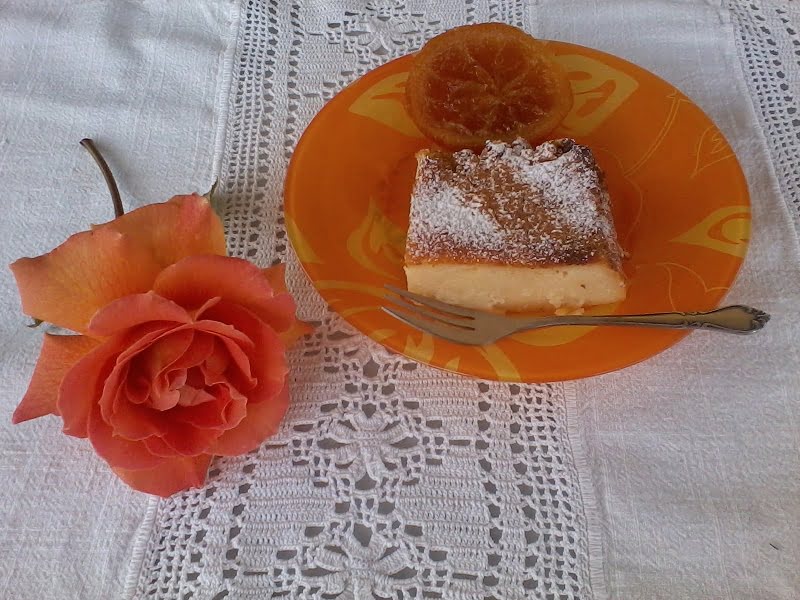 To enhance the caramel flavour, I brushed some butter on the Pyrex and sprinkled some sugar on top.  During baking the sugar caramelizes, thus adding more caramel flavour to the dessert.

The result is just amazing and don’t think that the dessert becomes overly sweet but perfectly balanced with the the flavour of vanilla and caramel prevailing. 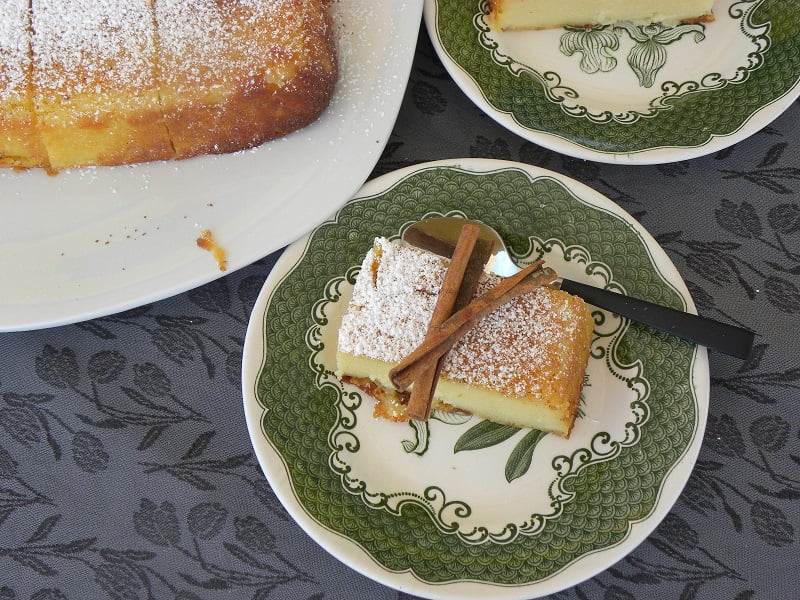 One day there was some leftover milk, which was about to expire, so I made this dessert in no time.

Although the traditional recipe is made with sheep milk, which gives a rather distinct flavour, it is difficult to find this milk unless you know a shepherd.

It still is good with cows’milk and we love the addition of the caramel, which I used in the previous recipe, so I added it here as well.

The difference here is the burst of citron flavour, as I added lemon zest and citrus essence which made an equally delicious dessert.

Note:  If you will invert the dessert, you should do it while the dessert is still warm, otherwise the caramel will become hard and it will stick to the bottom of the pan. 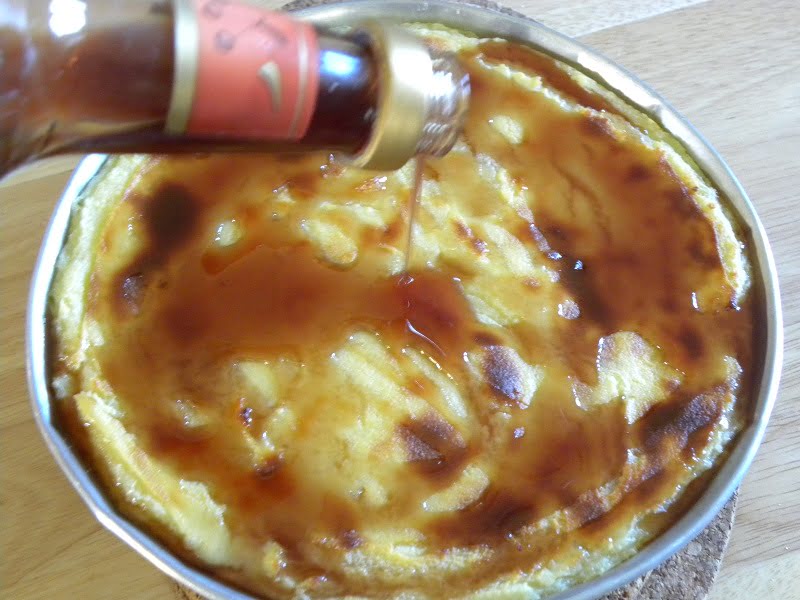 *My latest twist is making the galatopita with less sugar and adding on top some syrup.  In this one I added some pomegranate syrup. 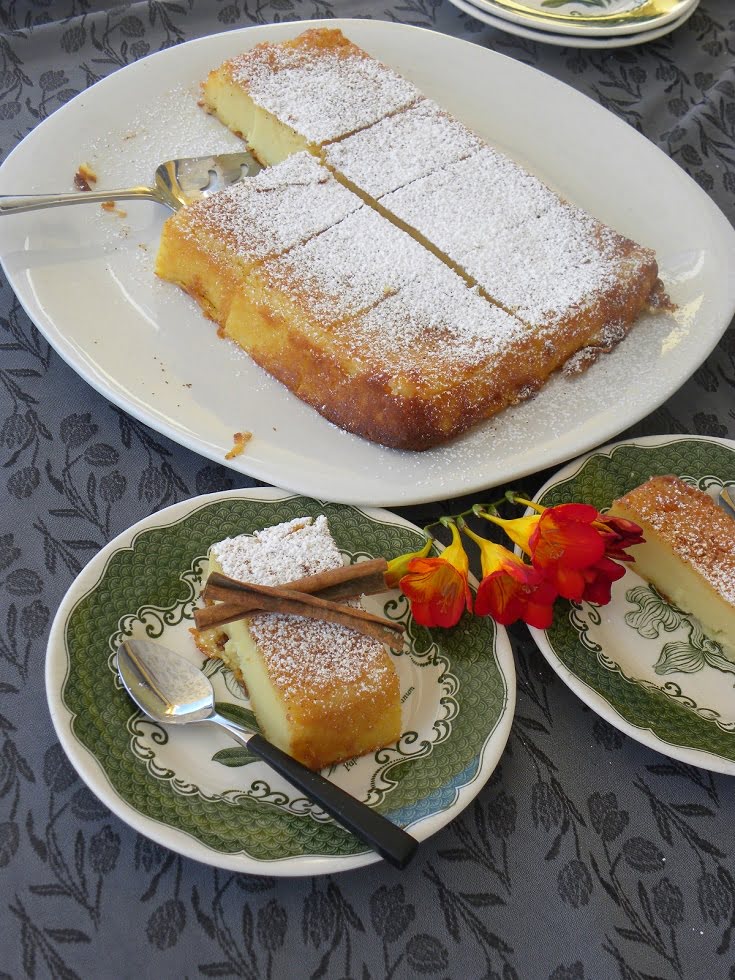 When I made it again, when greasing the baking pan with butter and sugar I put it back in the oven and waited for the sugar to caramelize.  It obtained a deeper caramelized flavour. 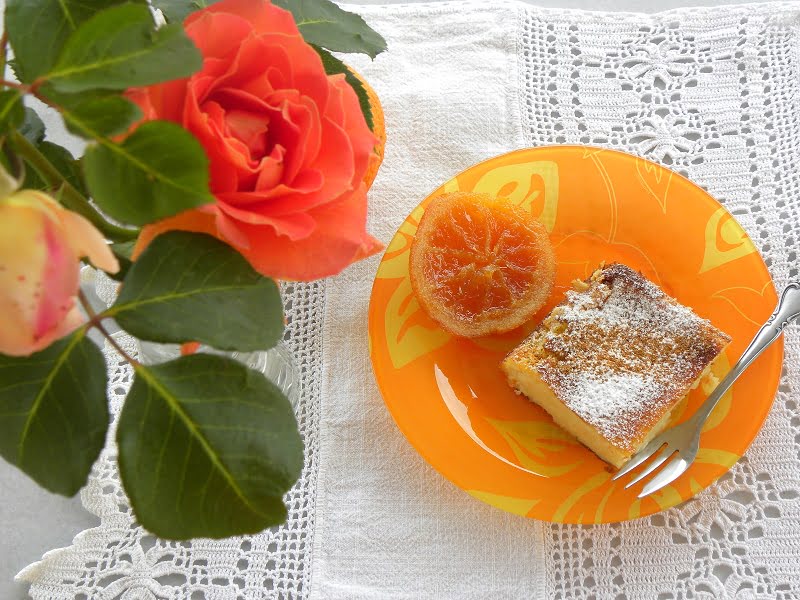 In the cream I added orange essence instead of vanilla and served it with a slice of Orange preserve.  The taste was even better!

For the baking tin:

If you will invert the dessert, you should do it while the dessert is still warm, otherwise the caramel will become hard and it will stick to the bottom of the pan. 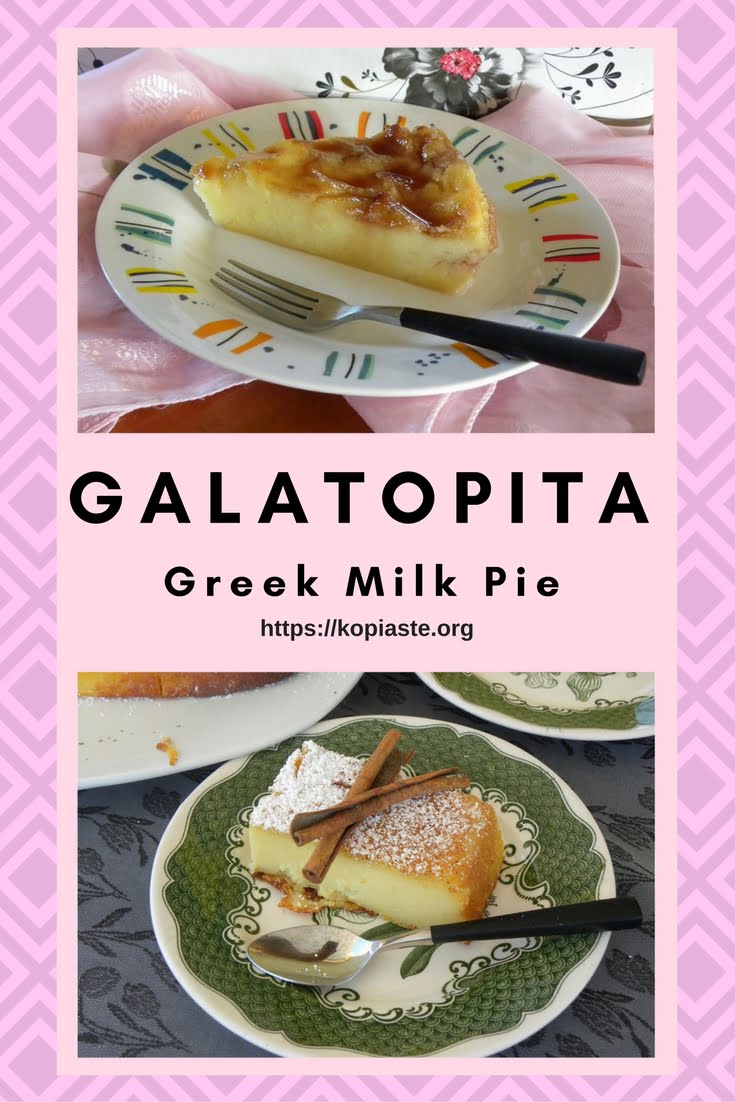