Revani or Ravani with Whipped Cream and Pineapple 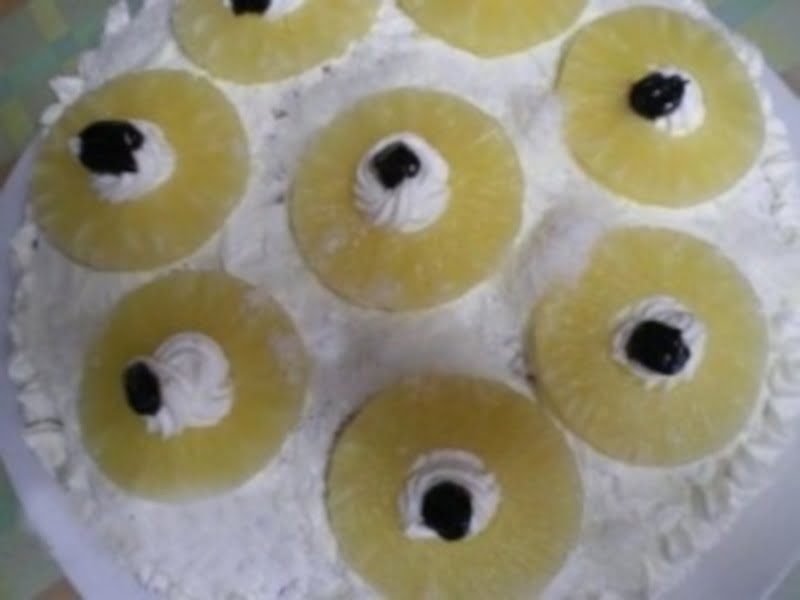 Revani or Ravani is one of the best Greek desserts called syropiasta. It is a cake made with two types of semolina (coarse and fine) and Greek yoghurt. When baked it is bathed in syrup.

Revani has its roots in Asia Minor and the most popular Revani in Greece is that of the town of Veria.

Traditionally the cake does not have any cream and in some parts of Greece it’s either made plain with no nuts but almonds and walnuts are often used.

We love almonds and sometimes I added them to the cake. I

After making this recipe for many times, I have now made my own twist and topped it with whipped cream and coconut and decorated it with pineapple and sour cherries.

I also made the syrup different by adding the pineapple juice in the syrup.

I made this cake for a special occasion so I wanted to make it sticky, gooey, creamy and chewy.

Susan, of Sticky, Gooey, Creamy, Chewy is celebrating her 1st Blogoversary with a Party, so what better to send her a sticky, gooey, creamy and chewy dessert. Happy Blogoversary Susan.

In this recipe I used:

Beat the butter with the sugar until it is creamy and fluffy at full mixer speed, for five minutes.

Reduce speed and add eggs one at a time until they are incorporated. Add yoghurt and beat for five minutes at full speed. Reduce speed to minimum and add all the dry ingredients.

Grease a 26 cm baking tin and empty the batter in the tin. Spread the almonds on top.

Preheat oven at 180 degrees and bake for 1 hour or until a toothpick comes out clean.

At this stage we start preparing the syrup.

Add all the syrup ingredients (except the pineapple juice) in a sauce pan.  Bring to a boil and simmer for 5 minutes.

Remove from the heat and remove the lemon peel, cinnamon and cloves.

Mix in the pineapple juice.

When the cake is ready the syrup is still warm so add a spoonful at a time until it is all absorbed by the cake.

When it is completely cold, remove the cake in a plater.

Beat the heavy cream with the sugar and vanilla and spread on the cake.

Decorate with the coconut, pineapple and sour cherries. 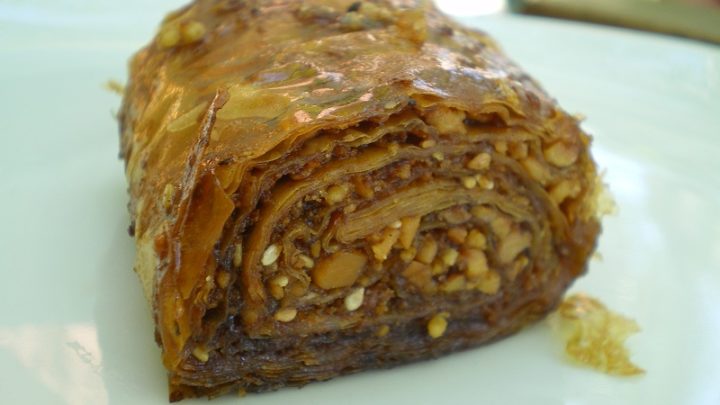 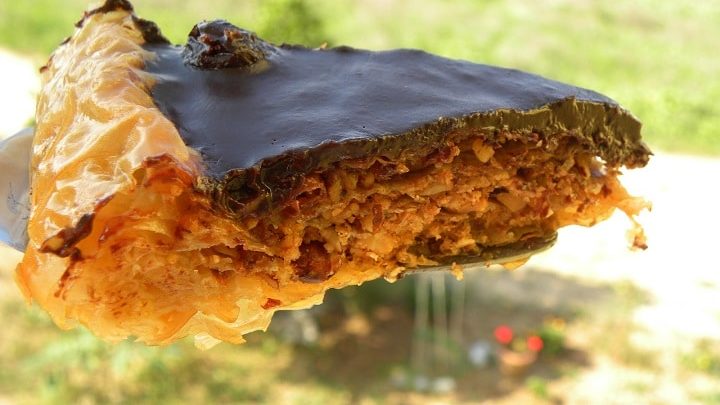 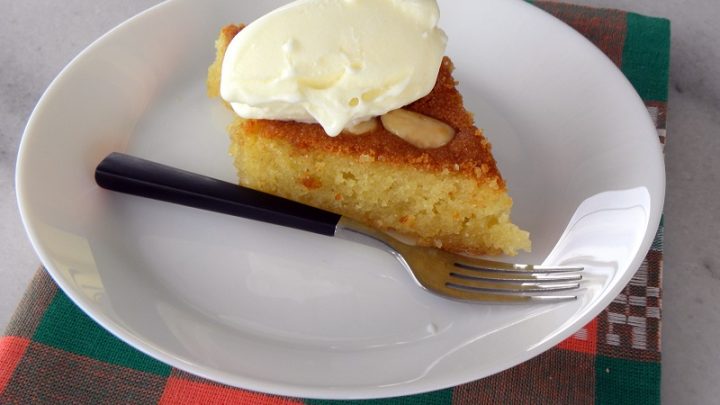 Previous
Badjina, the naked pie
Next
I am a AA blogger

Maybe John or Yussouf, whatever your name is, read some history first and then say that my readers are foolish. Even the names of all their vegetables are Greek. Where do you think they learned to cook? In the steppes of Mongolia?

WHAT A FOOLISH COMMENTS.....THE MOST OF THE GREEK FOODS HAVE TURKISH NAMES...BUT THEY STILL CALLED THEY ARE GREEK FOODS....

Yum, the toppings look great, I need a thick slice of this. Judging by the ingredients it seems like this cake would be pretty moist.

Ivy, revani has got to be one of my all time favourite cakes. It is always present at family gatherings and even though i am partial to my mother's version, yours looks great. The addition of the whipped cream, coconut and pineapples looks interesting. As for the Turks, I remember that a previous prime minister of Turkey, I think it was Ozal, once claimed that Homer was Turkish (because he was from Asia Minor) and that his name was really Omer... so go figure. LOL!